Shooting Long, Slow And Steady Bags a Squirrel On a Power Line

A few years ago, I had an assignment from a power company to illustrate an article about causes of power-outs. Many disruptions are caused, I learned, by animals (and even bugs) during their daily rambles. I had just received a Pentax K100D to review for a magazine so I decided to set the ISO to 400 and aim it at a squirrel during its noisy back-and-forth runs on a nearby line.

Pentax had included an adapter for older M-42 screw mount lenses and I had a lightweight 400mm, f/4 Astronar left over from my film days. I decided to give it a try, knowing that I’d probably end up with a bunch of blurred and/or out-of-focus images. The effective focal length of the lens was actually 600mm when used on the Pentax’s smaller-than-35mm sensor and the shutter speed should have been set to at least 1/600 sec (that’s the rule of thumb– for a shake-free image, use the focal length of the lens as a minimum shutter speed).

However, if I had used 1/600th at f/4, the image would have been totally underexposed, so I resorted to three tricks that most pro photographers use:

1. I put my right arm through the camera strap (which was around my neck) so that the strap ended up going across my upper back and under my right arm. Then I adjusted it so that when it was pulled away from my body, my nose could be brought tight against the camera back with my eye in line with the viewfinder. This formed a rigid and stable arrangement– the camera became part of my body.

2. Just before taking the shot, I stopped breathing. I didn’t take a deep breath and hold it because that would have further contributed to shake. Wherever you are in your breathing cycle, just stop before you shoot. You can go even further by learning how to slow down your heartbeat (as biathlon athletes do before target shooting) but I think using current shake reduction technology is quicker and safer.

3. I took several shots in rapid succession knowing that the law of averages would probably give me one that would be acceptably sharp. And this turned out to be the case. 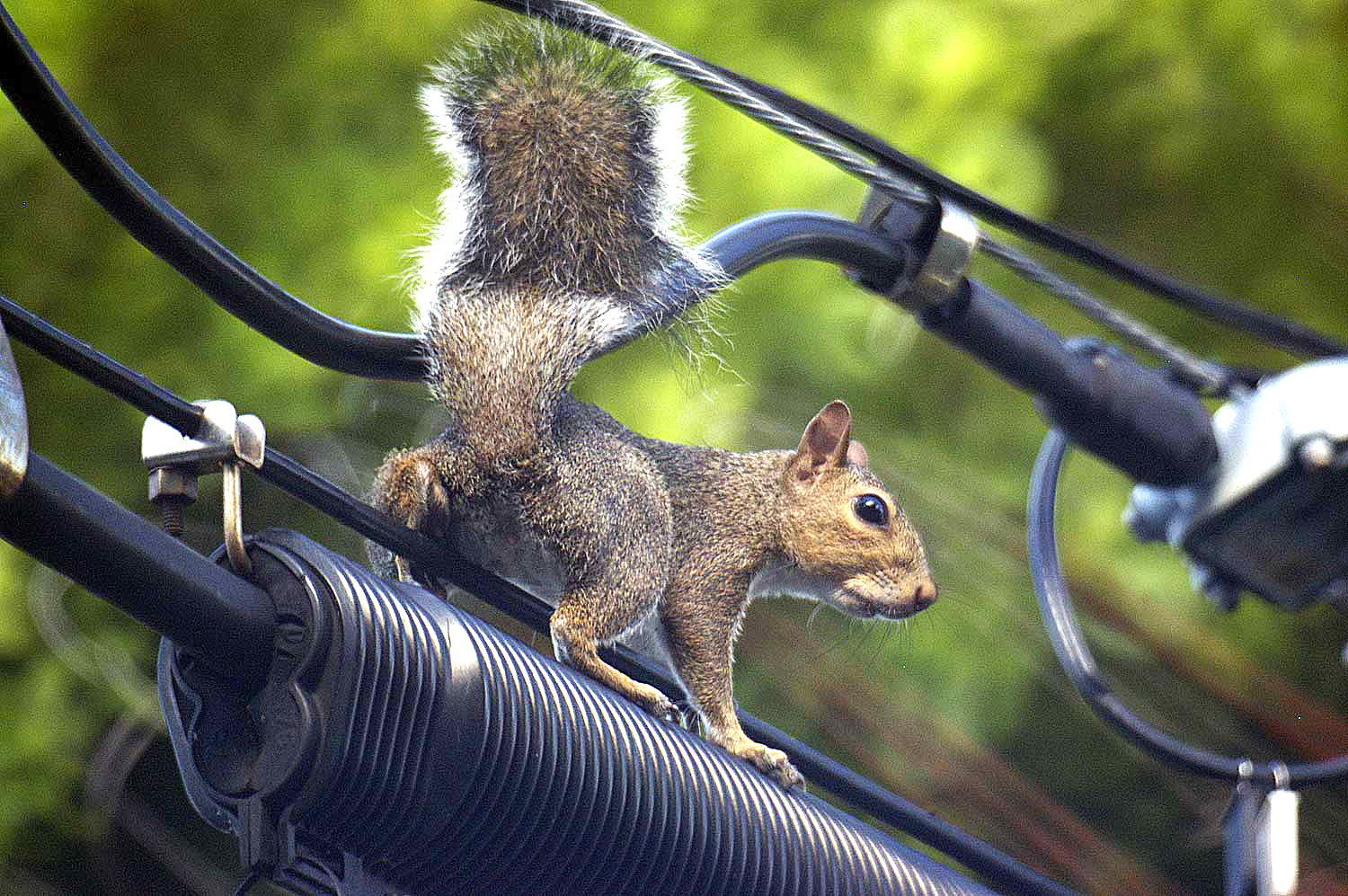 And that’s how this shot was made. Want to guess at the shutter speed? 1/90 sec without shake reduction on. Why didn’t I activate it? Because it was a new camera feature at the time, the squirrel was in a perfect position, and I knew if I fiddled around to figure out how to use it, the shot would be lost. By the way, that would make a good  fourth trick. If there’s a once-in-a-lifetime shot to be made, make it. If you spend too much time trying to get everything perfect before you shoot, chances are you’ll miss it.