Judging a Lens by the Quality of a Print

I test a lot of gear over the course of a year, including lenses in all sorts of mounts. I don’t have an optical bench for these reviews. I focus on how the equipment performs in the field. The final step in this process is to make a 13″ x 19″ print on Red River Paper UltraPro Gloss 2.0. Why? Because the print shows me the image in a different way than on a computer screen. And in my book, this is the real test of a lens. For example, recently I wrote about the Olympus 14-42mm EZ Power Zoom for Micro Four Thirds. It’s a clever optic that has many positives. While reviewing images captured with it on the computer screen at increased magnification, I saw some color fringing on hard edges in the image. I was able to correct this with software, but readers need to know about it. Computers are good for spotting and fixing these aberrations. I also saw some sharpness fall-off on both sides of the image, even at f/5.6. Here’s where the print really helped me form a judgement. On the computer screen, I would have to scroll from side to side at 100 percent to evaluate sharpness. By making a nice-sized print, I could look at the entire image at once with my nose practically on the paper. I found it much easier to draw my conclusions about sharpness after printing. 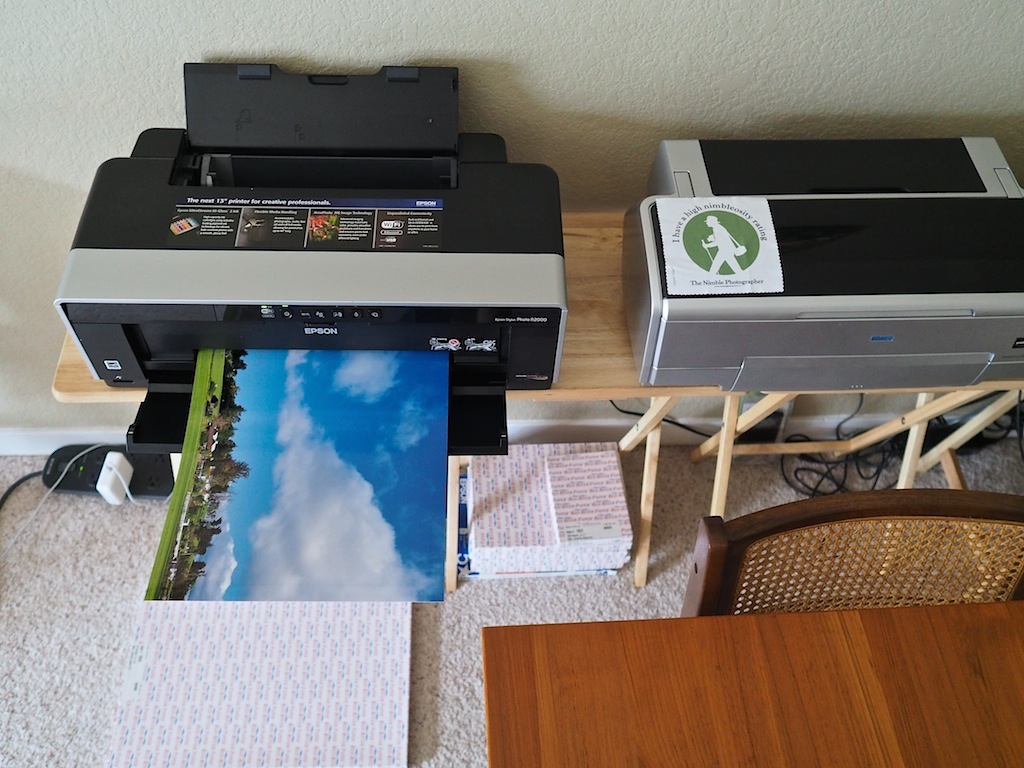 I also like to leave test prints out on the table over a period of time. Some images take me a few days to figure out how I really feel about them, and what improvements might make them better. I use UltraPro Gloss 2.0 for these tests because it presents me with a clean, colorful, crisp rendering of the image. I always keep at least one box around the studio, for both evaluating images, and for printing them for others. Follow Derrick at:  thedigitalstory.com