Jason Lam is a San Francisco designer and builder of Aericam photo drones–the kind used by Hollywood to shoot spectacular aerial scenes that shock and awe. Their prices–in the thousands–can elicit the same response; most require intricate remote control equipment and some even need trained pilots to fly them (from the ground, of course).

I wrote about one of Jason’s drones in a photo column about four years ago; since then he’s been working on a project triggered by, of all things, the 2012 San Francisco Giants Championship parade. 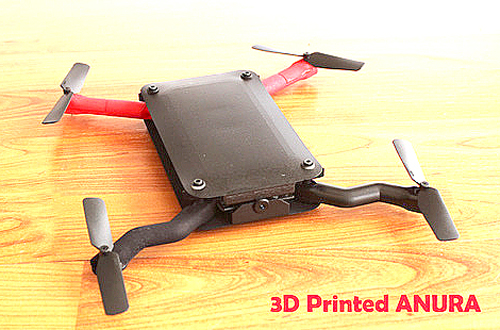 Anura working prototype with rotors extended and ready to fly

“There were so many people blocking my view,” he recalls, “that I wasn’t able to see what was going on. Suddenly, a miniature, easy-to-use drone made perfect sense.” So Lam got to work and created prototypes for a drone that would not only be small enough to carry around in your pocket but also easy to operate.

Most small, helicopter-style drones use four rotors and their blades and arms take up a lot of space. For awhile that seemed to stand in the way of miniaturization. Then Lam remembered seeing pictures of WWII aircraft on carrier decks, their wings folded back tightly against their fuselages. If they could fold up a Grumman Hellcat, he thought, then he could find a way to do the same with his pocket chopper. 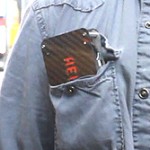 When he had finished a prototype that satisfied him, he ran it off on a 3-D printer. “It looked like a frog,” he recalls. “I looked up the scientific name for frog and the ‘Anura’ was born.”

At only 5.3″ x 2.9″ x 1″ with rotors retracted, the Anura easily fits into a pocket. It’s controlled up to 90 feet away by an IOS or Android smartphone through built-in WIFI and can capture both still and video images  viewed in realtime as they are being recorded. At this stage its FPV (First Person View) camera resolution is only 340 x 288 but before it goes into mass production Lam is considering upping that, possibly to HD if the camera can meet the payload requirements. 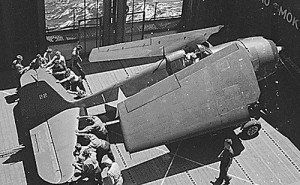 And if he can get enough funding to place an order for the first 1,000 units, he intends to include three features that will put the Anura in a class by itself: one-click return home to the location of its “pilot,” one-click auto take-off and one-click auto-land. He also plans a feature called “follow-me” in which the drone will follow wherever the smartphone leads so that it’s always in range. It promises to be a drone for the rest of us who’ve never piloted one.

It’s an ambitious project but of the $100,000 he’s trying to raise during a 60-day window on Kickstarter, he pulled in more than half in just three days. To reach the $200,000 required for a 1,000-unit initial order is not an unreasonable goal; many Kickstarter projects regularly exceed their initial funding requests, sometimes by huge margins. 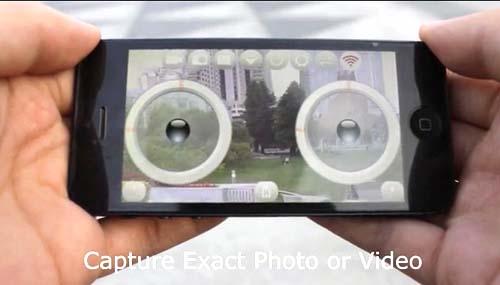 Realtime viewing, capture and control– all from your smartphone

The Anura is powered by a battery that gives it 12-16 minutes of flight time and recharges in less than an hour through a USB port. Extra batteries will be available. Weighing only 4-ounces (yes that’s a “four”) it will retail at $275 but is available for only $195 if pre-ordered now at Kickstarter.

Get the whole scoop at Kickstarter and be one of the first pilots to fly the Anura and capture all kinds of neat images previously out of your reach.

Disclosure: The writer has no financial interest in, nor does he stand to make any monetary gain from the Anura project.

Have you used drones to shoot pictures? Have any advice to give? Share your experiences with other readers in our Comments section below.