New Magazine Focuses on the Art and Craft of Photography

The new issue of Shadow & Light Magazine is out and about.  Go to www.shadowandlightmagazine.com for to purchase either a single-issue or annual subscription.

Shadow & Light magazine is an online photography magazine that couldn’t wait any longer to be published. It is the brainchild of Tim Anderson, the publisher/editor of Red Dog News, and the former publisher/managing editor of CameraArts magazine. 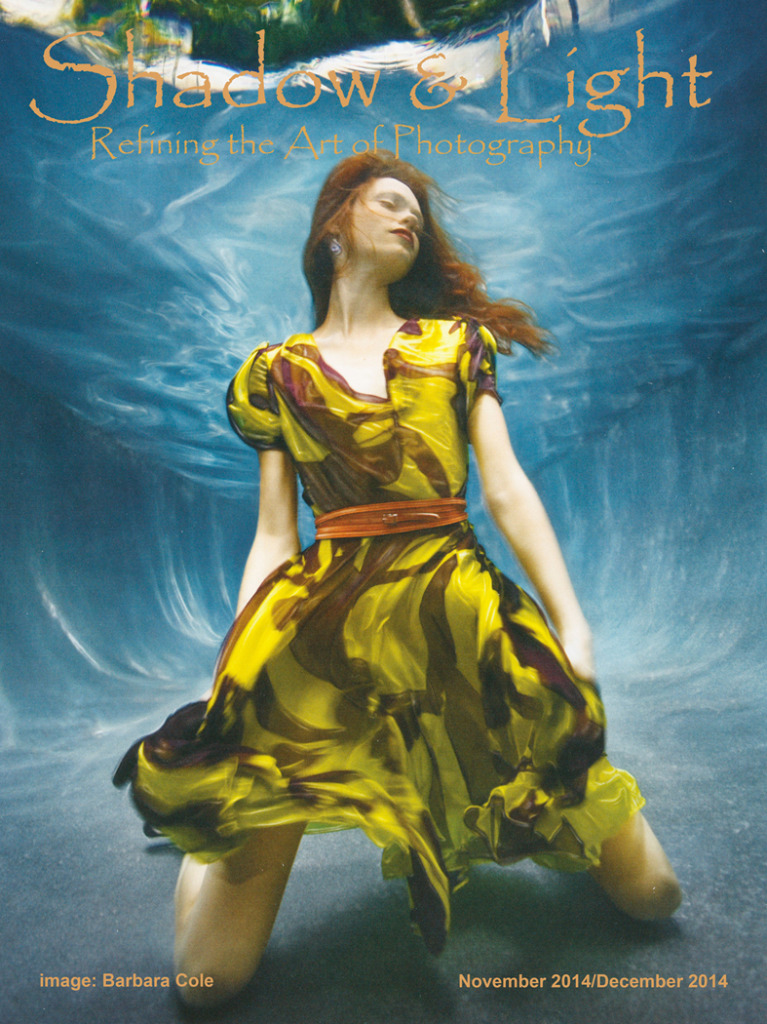 Since CameraArts ceased publication in 2008, Anderson has focused his attention on Red Dog News, and has brought the bi-monthly publication to a world-wide subscriber base of more than 5,000, and it enjoys an average open rate of 50%+.

Early this year the idea for an online magazine began to stir Anderson’s imagination. Much research was undertaken, without locating the kind of online magazine he wanted to release. He was almost hoping he could have found one. He had even been asked by several close friends if he was ever going to publish another magazine, to which he replied, “I don’t think so.”

About a month and a half ago, however, the “I don’t think so,” turned into “I can’t not do this.” ThusShadow & Light was born. The premise for the new online photography magazine is to showcase up-and-coming, as well as those photographers who are on the “cusp” of success. Two other areas,  education and marketing, will be addressed, also, for (as we all know) you can’t go anywhere without both.

At the present time there will be several regular sections:
• Showcase Portfolios (4): Four photographers display their work, each in a 10-page layout, without ad interference
• Marketplace: Discussion with a successful photographer highlighting what it takes to market your work, effectively and efficiently
• Behind the Scenes: Publishers and others (bookstores, workshops, educational centers, etc.) share their stories of what continues to motivate them in the support industry.
• Point of Review: Two photography professionals from Eyeist online portfolio reviews take a look at a body of work and critique it
• OnSite: Interviews/discussions with owners of highly-rated photographer’s sites
• Showcase Single Images: 10 individual pages of photographer’s works
• Turning Pages: Photography book reviews

Anderson will be looking to his subscribers and single-issue purchasers to assist in the magazine’s evolution in the marketplace.

The new issue of Shadow & Light Magazine is out and about.  Go to www.shadowandlightmagazine.com for to purchase either a single-issue or annual subscription.