I rarely just wander around looking for good pictures. Instead, I almost always have a clearly defined goal in mind when I sling my Pentax over the shoulder and set out for a shooting session. For example, doing a series of images at the town’s train station in the early morning light, catching some action at a kid’s soccer game or shooting a summer band concert down by the river–­ thematic subjects like that.

But, like many of you, I sometimes take my camera with me when going for a walk and that’s when I stay alert to whatever may be in my path. I’ve found that the key to capturing interesting images is to challenge myself to find subjects that are usually ignored or, if seen at all, are rejected because they appear to have no photographic potential.

The following examples show three images and how they evolved from seeing possibilities that most photographers would probably overlook. Just keep your eyes open, move in, and isolate the key elements. Who says you can’t turn lead into gold! 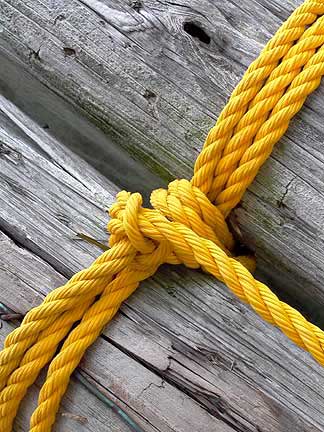 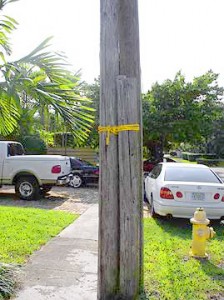 I was walking down a street in Miami and a yellow polypropylene rope tied to a phone pole caught my eye. 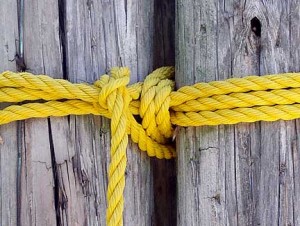 I moved in and shot several close-ups, some from different angles but none of them sang to me. Yet, I sensed that there was a good image to be made. 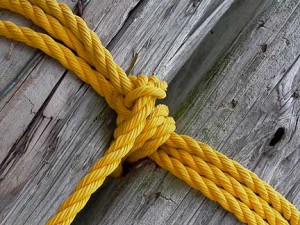 I then shot another with the camera tilted– which placed the rope and wood diagonally in the frame for a more visually dynamic effect. I was getting close, but something was still lacking.

Before printing  the final image (see “Rope and Wood” above),  I rotated it as a vertical and everything fell together perfectly. The result is a beautiful fine art image with  nice contrast between two textures and colors;  the rough bright yellow line and the silvery, smooth weathered wood. Tip: Always rotate an abstract image to see which way it looks best. It’s not always the way you shot it that will produce the most pleasing picture. 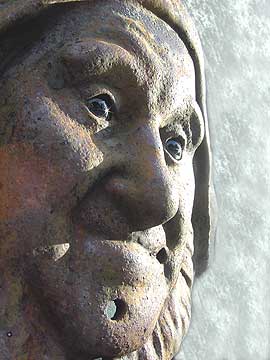 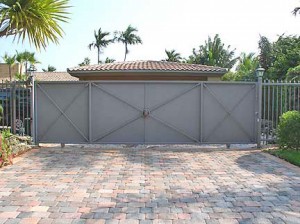 I was out for a stroll when I passed this security gate with a little circle in the middle of it. 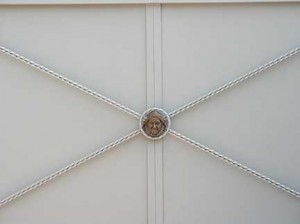 I kept walking, then stopped, went back and moved in to see what the circle was. It turned out to be a small metal sculpture

I then moved in really close, bent down and shot it from a low angle to allow the sun to skim it  (see Gatekeeper above). It’s probably the only image ever taken of it since no one has probably even noticed it to this day. It reminds me of the poor knight doomed to forever guard the Holy Grail in the Indiana Jones movie, The Last Crusade. 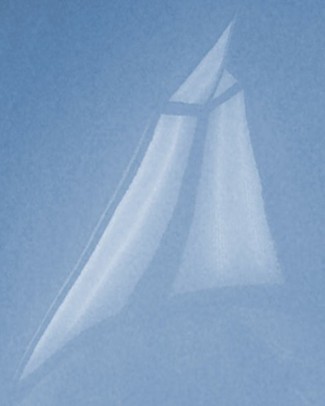 This is an image of a ghost ship­– or is it? Keeping his eyes open, Photography Workshop Cruise student Chuck Hoole was about to turn the faucet on; instead he grabbed his camera and made the shot. Then he cropped it, tinted it blue and won a prize for  it. 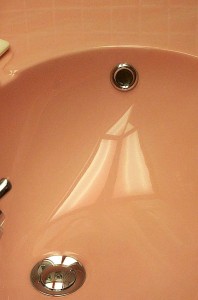 The reflection in the sink that Chuck saw as he was going to turn on the faucet.