Critics of computer-altered images usually divide photography into two time periods: the honest analog days and the dishonest digital ones. If it were only that easy. Tinkering with images is as old as photography itself; it’s merely become more sophisticated. 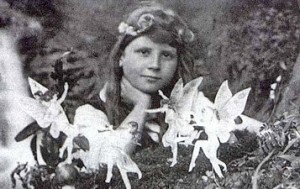 It took years before this image was proved to be a hoax because “the camera never lies,” right?

In the early days of photography, “spirit” photos depicted departed loved ones hovering near the living, and fairies were shown dancing in the woods. And because people believed that cameras captured reality (and knew very little about photographic techniques) they accepted these altered images as truthful. 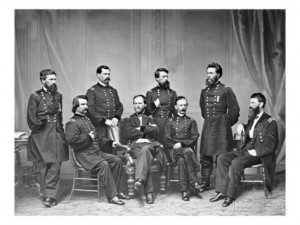 When the Civil War ended, General Sherman and his general staff were scheduled for a group portrait at Matthew Brady’s studio in Washington. Unfortunately, General Blair couldn’t make it so Brady photographed him at a later time, pasted him into the group picture and re-photographed the image.

Ansel Adams also altered reality. His famous Moonrise, Hernandez, New Mexico, 1941 had some clouds in the upper sky that annoyed him. 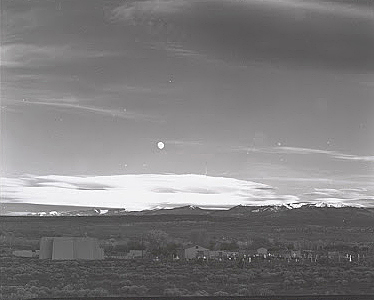 So after selling a number of prints with the intrusive wisps, he simply removed them; later photos are cloudless. Early prints with clouds might be quite valuable today– if they can be found. 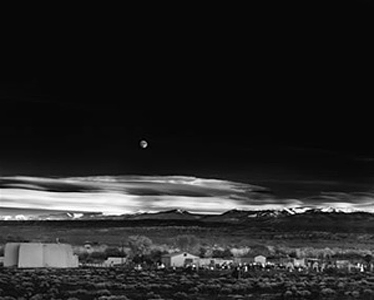 Poof! The upper clouds are gone and a large dose of contrast has been applied.

A more audacious manipulation was done by W. Eugene Smith, one of the world’s greatest photojournalists and a self-proclaimed champion of truth-in-photography. Returning from Africa in 1954 after shooting a photo essay on Dr. Albert Schweitzer for Life magazine, he was distraught over a damaged negative and set about resurrecting it. 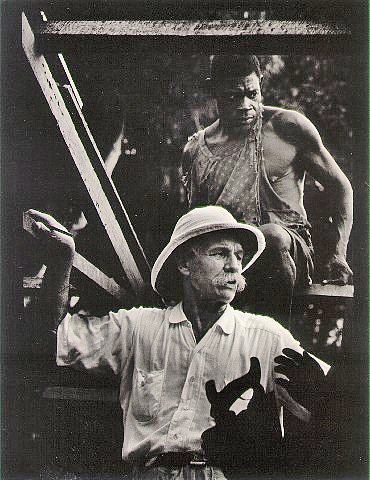 A alteration like this today, if found out, would cost a photojournalist his or her job– and in some recent instances actually has.

After burning, dodging, bleaching, and performing other alterations to the image, he still was not satisfied. So he took new pictures of hands and saws and superimposed them on the original image. It took him days to finish the composite, something that now could be done in an hour or so with Photoshop. Smith never revealed he had altered the photo; it ran in Life and became one of his classic images.

As I see it, there’s really not much difference between analog photo alterations of the past and the digital ones of today. Both raise the same ethical questions. However, the public’s growing knowledge that photos can now easily be altered mitigates against blind acceptance of photographs as reality– as was the case when people weren’t as aware of what manipulative techniques could yield. 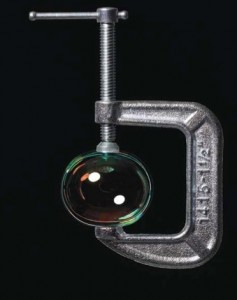 Photoshopped? No way. This was shot with a real bubble. © Kiyoshi Togashi

In fact that knowledge can sometimes have unintended effects. Nowadays, if a talented photographer makes an outstanding image the old-fashioned way, it is likely to be labeled as “Photoshopped” because, after all, how could it be that good without digital manipulation?

There are certain kinds of photos that would be impossible to make if it were not for contemporary software. Take, for example, high dynamic range images, digital focus shifting for infinite depth of field and the enhancement and registration of multiple star shots. On a more mundane level, look at all the pre-set modes in amateur cameras– many of which alter reality on the fly, sometimes to a ridiculous degree.

Painters have always altered visual elements of historic scenes to make them more compositionally pleasing and dramatic. Though I was not there at the time, I can assure you that George Washington did not stand up in the boat when he and his troops crossed the Delaware River nor was the crossing made in broad daylight. Photographs that are artistic expressions should be judged the same way– with digital manipulation accepted as just another creative tool made possible by technological advances. 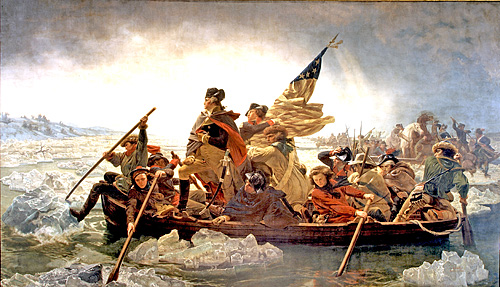 I see no need for creative images to be marked as “digitally altered” any more than artists should label their works as “not exactly authentic” though, in the publishing world today, “photo illustration” is the new phrase. The question, of course, is where does photography end and photo illustration begin? No one has yet come up with a definitive answer to that and I doubt it’s coming anytime soon.