How To Survive If Your Drive Takes A Dive

There are few things more chilling than to see this message pop up on your computer screen during startup: “This disk is not readable by this computer.”

Is your data still on the hard disk? Is it a software problem? A hardware problem? A connection problem? What happened? If it’s your internal drive that’s gone south, you won’t even be able to get online for help. You get that numb feeling of fear. 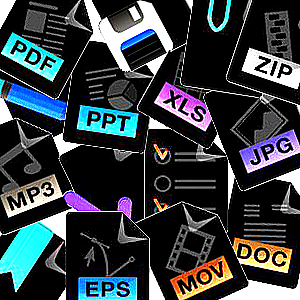 All types of “lost” or erased files can usually be recovered one way or another.

Well, hang in there. Recovery software will usually be able to retrieve the lost data on hard drives and other media such as flash drives, camera cards and SSD (solid state) drives. But first, you must purchase the recovery application and install it on a working drive (with the same or larger capacity as the failed one) to which the recovered data will be transferred. This can be a hassle.

To simplify the process, Prosoft Engineering has developed the Data Rescue ONE hard drive recovery solution. It’s a complete hard drive recovery package that includes their award-winning Data Rescue software pre-installed on a drive. Just plug it in to a USB port on your computer and it goes to work to recover your data.  The drive is available in 500GB or 1TB and includes a USB cable. 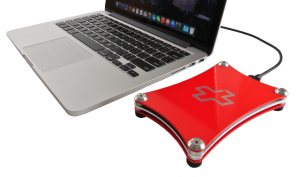 Files you can’t access (or have been erased), can be ferreted out by Data Rescue ONE and automatically transferred to its hard drive. Although currently available only for Mac, the complete package will be PC-compatible in about six months; the latest version of Data Rescue software, though, is already PC-friendly.

However, all hard drive disasters are not the same. If it’s a mechanical failure, chances are not even the most sophisticated recovery program will work. That’s what I found out recently, when I let my guard down by mistake.

All spinning hard drives will eventually fail because they have moving mechanical parts that require absolute precision down to half the thickness of a single strand of hair and can easily be damaged from a slight impact while the drive is operational. And even if not abused, moving parts will eventually wear out causing the drive to break down and stop. The unknown is “when.” 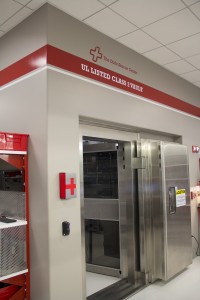 A mechanical drive failure does not call for a kitchen-table solution. A certified cleanroom and a security vault are “musts.”

You can usually get an indication of when the end is near if you begin to hear strange noises as the drive spins. Signs of a failing drive include weird clicking or scratching (even screeching) noises or hearing it speed up or slow down significantly. At the first sign of any of these symptoms, immediately get a new drive and copy the contents of the failing drive to it. But like heart attacks, some drive failures come without warnings and these usually require specialized treatment.

In my case, I had a very old external Maxtor 250GB hard drive I was using to back up my internal drive. But it also had image files on it from previous back-ups of other smaller-capacity drives that were long gone. Those images, along with other files, now existed only on the Maxtor and were vulnerable because there were no back-ups of them anywhere. As long as the Maxtor was working, though, I didn’t give it a thought.

As I started up my computer one day, the icon of the Maxtor was not there. Just like that– no previous warning. I tried using a disk utility to mount it but that failed. Not good. I then replaced its cable (always try that first) and when I reconnected it I got the “This disk is unreadable…” message along with two options: “Initialize” or “Eject.” 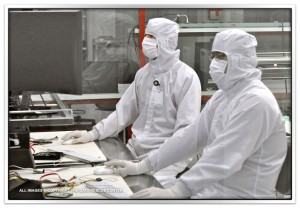 These guys mean business– and can save your drive (and you) from cardiac arrest.

I clicked the “Eject” option because “Initialize” sounded ominous– as if it would erase all the data from the disk. I later found out it doesn’t. So if you click on that option by mistake, don’t panic. Your files are still there but will need to be recovered using recovery software (which you should try first) or by a recovery lab.

Over the next few days, I tried almost every recovery utility on the market (many have trial versions which will let you know if the full version will work). No luck. I knew then that I was in trouble; the drive spun but it wouldn’t mount and I was not able to recover any data. I began to suspect a mechanical problem.

I scoured the web for possible solutions and found many wacky ones such as putting the drive in the freezer for a few hours and then trying it or hitting it with a hammer– which may or may not have worked for someone, but which I shied away from. I didn’t want to risk doing additional harm which might make eventual data recovery impossible. 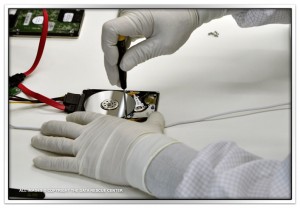 When drives fail mechanically the cost of recovery can be high. That’s why it pays to back up your data. Sadly, not many people do.

Finally, I contacted Prosoft Engineering’s sister company, The Data Rescue Center and asked if they could recover the data on the drive. They told me to send it to them and they’d let me know. As it turned out, it was a mechanical failure that would require extensive rebuilding of the drive in order to get the data transferred to a new drive– and that solution came with a commensurate price.

I checked prices with other major drive recovery services that had ISO cleanroom certifications and security vaults and most quotes were quite a bit higher. Since the The Data Rescue Center offers a $200 credit if Prosoft’s recovery software can’t do the trick (which it couldn’t), they were the best bet. I found out later that recovering the data required an operation as tricky in its own way as a human organ transplant.

After the recovery had been completed, I received my old drive along with a new 500GB drive which contained my recovered data. A detailed report explained what had been done. There had been a head failure (among other things) and finding replacement parts for an over-ten-year-old drive had been a challenge.

A section of the report read: “The required parts were located and thoroughly tested. The problem media and the parts drive were brought into the clean room and the Head Disk Assembly transplant procedure was performed; the procedure went as planned and no further signs of damage were discovered. 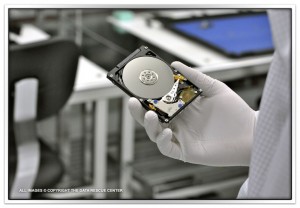 After a dead drive is repaired, all data is transferred to a new drive. Don’t use the old one.

“The repaired hard drive was placed onto a cloning system and a sector-by-sector copy was created. Due to degraded platter media, the cloning process required a significant amount of time, but eventually completed with insignificant sector loss.”

An intricate mechanical rebuild and recovery like mine could set you back more than a thousand dollars. But the The Data Rescue Center can do some recoveries for as little as $300 (after your $200 credit). Still, why pay that at all if you can avoid it by following a simple backup routine?

According to a New York Times survey, only about 4% of computer owners do regular backups. As you can see from my experience, it can be costly to take a devil-may-care attitude over preventing a loss that can not only wipe out critical data but also cause enormous emotional stress. 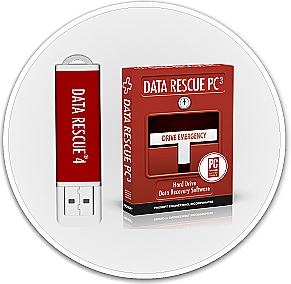 PC standalone recovery software is available now and will soon be incorporated into Data Rescue ONE.

For a relative pittance, you can have a Data Rescue ONE system standing by to immediately recover images, videos, emails, documents and other irreplaceable data stored on multiple kinds of media. If you buy a large capacity version, you can even use it (or part of it) to backup your files. And you can also use it to boot your computer if its internal drive falters.

Unfortunately, my only option after all else failed was to use a recovery service because many images on that drive were priceless; they had been scanned years ago from very old photos and slides that were no longer available. So you can be sure the first thing I did after receiving the new drive with my recovered files was to back up its contents to a another drive. Lesson learned.

Article About Recovery Scams  Scroll down to “Computer Hard Drive Recovery: Tips, Tricks and Scams. A comprehensive article on scams that some recovery services use. Be sure to read this before shipping your hard drive to a recovery service.

All images © The Data Rescue Center