FREE GIFTS! The Nik Collection from Google and Nik Tutorials from GreyLearning 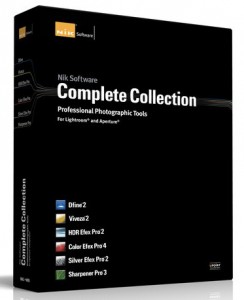 Once upon a time this cost a small fortune. Now you can download it free. It works with Photoshop, Lightroom, Aperture and Photoshop Elements

Unless you’ve been living under a rock for the past decade, you know just how coveted Nik imaging software programs are. Google bought Nik in 2012 and has announced that as they focus on long-term investments in building photo editing tools for mobile use, including Google Photos and Snapseed, they’re going to make the Nik Collection desktop suite available free.

Actually, insiders say Snapseed was the prime target but Google had to take the whole Nik enchilada in order to acquire it. Since the Collection doesn’t appear to fit into their future plans, Goggle has decided to give it to the masses.

The Nik Collection (for Mac and Windows) is comprised of seven desktop plug-ins that provide a powerful range of photo editing capabilities — from filter applications that improve color correction, to retouching and creative effects, to image sharpening that brings out hidden details, to the ability to make adjustments to the color and tonality of images.

Included are Analog Efex Pro, Color Efex Pro, Silver Efex Pro, Viveza, HDR Efex Pro, Sharpener Pro and Dfine. Together, their price tag when Nik first marketed them was more than $1,000. Then, as a collection it dropped to about $500 and Goggle ended up selling it for $150.

Now you can download them all for nothing! To add icing to the cake, Tim Grey, who’s produced more than four hours of GreyLearning tutorials on the software is hopping on the bandwagon and offering free access to all of them.

But wait– there’s more. If you paid hard cash for the Google Nik Collection anytime in 2016, Google will refund your money; you don’t even have to ask for it– it’s already on its way to you. It’s almost too much to contemplate– all these gestures of generosity that will allow you to do a myriad of imaging magic.

Says Google: “We’re excited to bring the powerful photo editing tools once only used by professionals to even more people now.” What they don’t say is if they’re going to continue to support the software. Probably not. But as the saying goes: “Don’t look a gift horse in the mouth.”