Red River Paper has just posted a comprehensive field review of Epson’s new printer/copier/scanner that can bring the cost of printing photos and greeting cards way down. 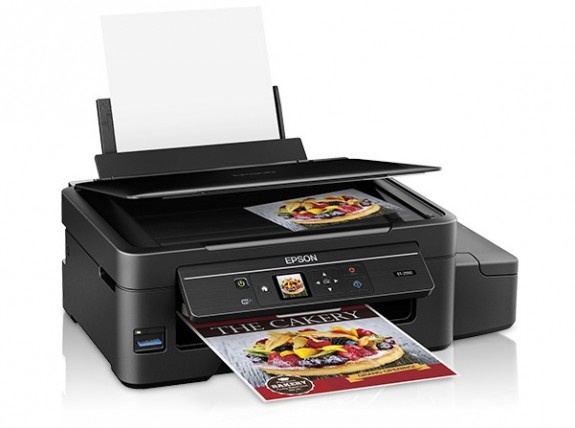 The ET-2550 feeds media from back to front, easily handling different thicknesses of paper and minimizing jams. It also scans and makes copies.

Blog Editor Arthur H. Bleich put the printer through its paces for more than four months and printed hundreds of photos on different Red River Papers –and at all the printer’s resolutions– and the results were revealing, to say the least.

The ET-2550 uses only four-colors (compared to the usual six for a desktop photo printer). It also uses dye-based rather than pigment-based inks. So what kind of output quality should you expect?

Gone are expensive (and sometimes unreliable) cartridges; instead you just pour inks into a large multi-tank reservoir as needed. About two-years worth of printing (the equivalent of about 80 cartridges) cost only $52. But there’s catch– and the review explains it in detail. 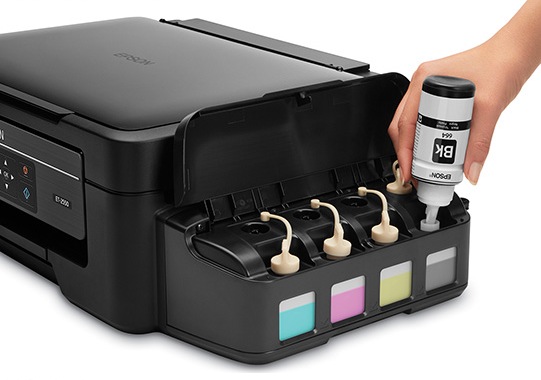 The “ET” stands for Eco Tank, the “Eco” alluding to both ink economy and to ecological awareness that will prevent millions of plastic cartridges from polluting the environment.

Then, of course, what about the speed at which you can output prints? That was also a revelation considering the ET-2550 is supposed to be a “business” printer. Maybe no one told the printer that.

Will this printer be the new greeting card champ on the block? And can it print black and white? Four-color printers have traditionally gotten a bad rap for that but the ET-2550 doesn’t seem to know that, either.

So click on over for the full review and see what $299 –and even less– (including shipping) can get you. This may be the printer you’ve been waiting for.

After reading the review you are welcome to come back here to comment below.