How To Shoot Prize-Winning Photos, Part 2

We continue with Part 2 of How To Shoot Prize-Winning Photos. In case you missed it, Part 1 was posted on 8/1/16.

Stash the Flash. Nothing kills a picture quicker than lighting it with on-camera flash. Pasty, washed out faces and big black shadows guarantee it will never achieve prize-winning status. Unless you’ve mastered the use of off-camera sophisticated flash units, just turn the flash off and shoot with available light. Sure, you may have to use a tripod (or monopod) if light levels are low (to offset camera shake at longer shutter speeds required to expose properly) but that’s a photographer’s tool you should have with you at all times. 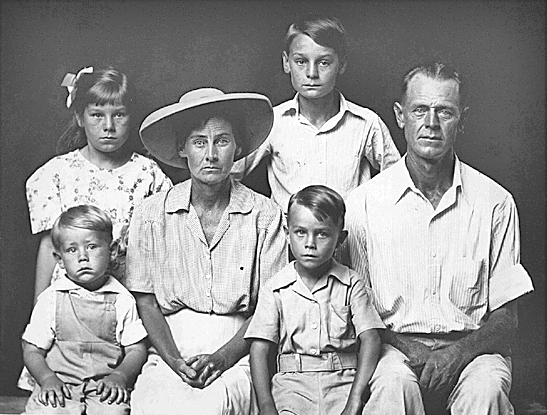 This classic family group was photographed by Mike Disfarmer in the 1940s using only daylight from a studio window.

An alternative is to raise your ISO. In the early days of digital photography the common rule was always to work at the lowest ISO because you’d get better quality. That’s still technically correct but with improved sensors it may be hard to tell the difference until you’re in the stratospheric ISO range, especially if you are not going to print wall-sized photos.  As a test, put your camera on a tripod, set it to aperture priority at f/8 and shoot a stationary image at ISO 200, 400, 800, 1600 and 3200.  Then compare their quality when printed at various sizes. You may be in for a surprise.

Shoot Wide. Most amateurs want long, telephoto lenses that bring far-away objects in close. But unless you’re shooting wildlife or sports, telephoto lenses usually don’t produce prize-winners­– wide angle lenses do. Why? Because they show things from a unique perspective, especially when you shoot up close and personal. They have great depth of field and usually distort objects and subjects in unique ways. Distort? Isn’t that something to avoid? Well, not when you’re going for a dramatic picture. Like cholesterol, distortion can be good or bad. Over time, you’ll get to know the difference– but only if you shoot wide a lot to get a feel for it. 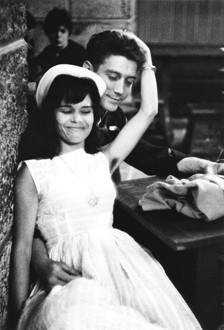 For sailors on shore leave in Lisbon, the main action at the Texas Bar was on the dance floor but a couple having fun in a quiet corner said it better. © Arthur H. Bleich

Go for the Essence. There’s always something in a situation that’s the key element and it’s not always what you think it is. You have to search for it and ask yourself: “What is the essence of this situation?” What image will say it all? Sometimes it’s not the winning touchdown but the kid on the losing team, helmet in hand, tears streaking down his face. At a high school prom it may a girl who has thrown off her shoes and is dancing barefoot. It could also be the one surviving corn stalk in a field devastated by drought or a lone bee on a sunflower. Capture the essence and you’ve got a prize-winner.

Light Makes Might. In photography, light is everything. If you shoot in sunlight during normal daylight hours, your pictures will be blah. That’s because everything looks like it’s being lit flat-on. The challenge is to make ordinary scenes look extraordinary. Choosing a different point of view is one way, but using early morning, late afternoon, or after-dark lighting is another.

In the early morning and about an hour before sunset (and 30 minutes thereafter), things take on a magical glow and that’s the time to shoot. If you photograph during other times of the day, try for strong side light that brings out texture or set up some portraits in the open shade, for a soft beautiful look. Nighttime opens up a whole new world– explore it.

Shoot! Shoot! Shoot! The more you do something, the better you get at it. Shoot a few pictures a week and it will take you a long time (if ever) to get good at photography. Set a goal, like shooting several different subjects a day, and see how quickly you begin to improve. Even if you think you’re the worst photographer in the world your progress will amaze and delight you (and others).

An unusual viewpoint lifts this cat image out of the ordinary. It was one of about a dozen taken from different viewpoints. © Arthur H. Bleich

As a rule of thumb, never shoot less than six to ten pictures of a subject. Explore it from different angles, go for different poses, stay with it, trying with each new shot to make a better picture than the one before. Here’s a quote from W. Eugene Smith, one of the 20th Century’s finest photojournalists. Print it out, tack it up on your wall and make it your mantra:

“When I am charged with doing a story, I must produce certain situations I know are necessary for the story. In the beginning I may photograph these even though I am not happy (even before taking) with the situation as it may stand, but I do this to get them under my belt, then I keep on searching for a better way to make the same point. Perhaps I will make another variation, will keep on searching, photographing the same point many times, discarding the thought of having to use the poorer interpretation each time I am able to lock up a better version.”

Your comments, as always, are welcomed below.