Back to Basics: Resolution Simplified, Part 1

Resolution goes hand-in-hand with almost every aspect of digital photography– from image capture to the final print. If you want your photographs to be the best they can possibly be, it’s necessary to have a basic understanding of it.

At first, it may seem confusing because many who try to explain it often use the wrong terminology or throw lots of numbers around which only makes things worse. This is my shot at making it easy to grasp by trying to get it down to the bare essentials.

Unlike conventional cameras that require film to record pictures, a digital camera’s imaging surface is made up of tightly packed rows of tiny, light-capturing electrical elements (think of them as miniature lenses). When an exposure is made, they capture light and color information which is then converted into the squares (pixels) that form an image which is then saved to a memory card.

Two cameras with different-sized sensors, but capable of producing the same number of pixels. Camera resolution is described by the total number of image pixels it can produce– not by pixels-per-inch.

The more pixels the resulting image has, the higher its resolution will be– resulting in a photograph with excellent detail. In rough terms, think of low and high resolution as gravel compared to sand; one’s coarse, the other’s fine.

Very early digital camera sensors could only yield low resolution pictures– typically made up of 640 horizontal by 480 vertical pixels for a total of 307,200 pixels (arrived at by multiplying the two dimensions).

As technology improved millions of light-capturing sites could be embedded in sensors and the Megapixel (MP) age evolved. So a camera rated today, say, at 16MP will have a sensor that can capture 16 million pixels worth of information to form a single image.

Camera sensors of different sizes can produce pictures that have the same number of pixels. So if you were to measure the pixel potential of each camera sensor by the inch, the number would vary. That’s why digital camera resolution is always expressed in terms of the total number of pixels it can produce, not in pixels-per-inch. On the other hand, measuring image resolution when printing,  is a whole different ballgame.

Unlike camera resolution, that measures pixels as a fixed number, image resolution is measured in pixels-per-inch (or ppi) and changes with the size of your photo.

For example, imagine a 4×5-inch digital image on a piece of rubber. If you stretch the rubber to an 8 x 10 inch size, each of the pixels in the image gets bigger. If you keep increasing the size of the photo by stretching even more, pixel sizes will continue to increase until you can see each individual pixel, resulting in an image that looks jagged and blocky.

To look at it another way, it’s like viewing solders in a tight formation from the air. They all look nicely packed together. But if they begin to spread out to occupy a larger space, their number stays the same but you begin to see the more space between them. 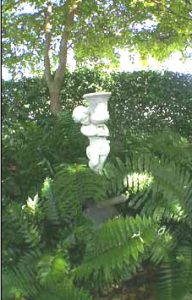 This image looks fine when printed at a moderate size. There are enough pixels-per-inch to give it smoothness.

If you stretch the image to 8 x 10 inches, the pixels get bigger allowing only 150 of them to fit along an inch of space. Nevertheless there are still the same 1200 pixels on the 8-inch side and 1500 pixels on the 10-inch side– only the size of the print has changed making each pixel bigger and easier to see. 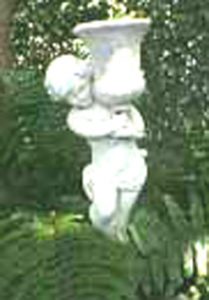 When the entire image (or part of it as shown here) is greatly enlarged it begins to disintegrate (or pixelate) because there are not enough pixels-per-inch to give it smoothness. It needs a higher ppi value (more pixels-per-inch) to achieve better quality.

Generally speaking, you need more pixels-per-inch when printing large photos or you will begin to see the image begin to break down into individual pixels instead of appearing smooth. But you don’t necessarily need a camera with an ultra-high pixel count. A camera with as few as 6MP (or even less) will yield an image with enough pixels to output excellent 11×14-inch full-frame prints on your printer.

However, if you want to print very big images or frequently crop your images to blow up just part of them, you’ll need a higher resolution camera to give you an adequate number of pixels-per-inch so that individual pixels won’t begin to show and mess up your image.

In Part 2 we’ll discuss printer resolution (measured in dots-per-inch), how to add more pixels if you need them and what the best settings are to use when you print.