Home » About Photographers » Our National Parks Odyssey: The Real Reward

This is the third of an ongoing series about Red River Pro Andrew Slaton and his wife Ellen who, along with two dogs, Islay and Skye and Colonel Bubba, the cat, left the comforts of Dallas to hit the road full time in a travel trailer, with the goal of photographing all 59 U. S. National Parks. So far, they’ve visited 23– just 36 to go! 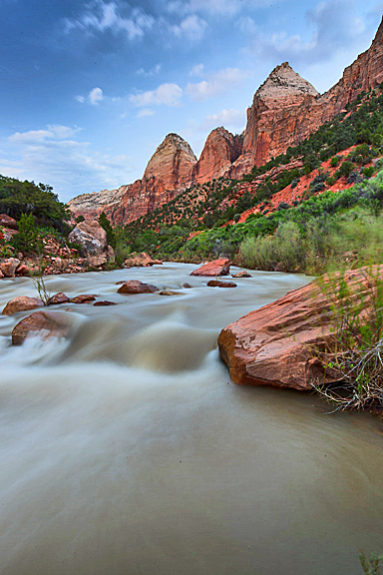 From Big Bend on the Texas/ Mexico border, we worked our way through southern New Mexico to the Grand Canyon, and then up to Zion, Bryce Canyon, and Capitol Reef. Work trickled in, keeping gas in the tank and food in our bellies. But it was lean.

Lean, however, does not mean we weren’t having a blast. We took Skye and Islay on long hikes every day, watched the sun set in reverie, cooked out over open fires, marveled in the occasional spring snow flurries.

Our great southwest adventure was a big success in our book. Then an email arrived from Scotland– a client wanted me to teach a three-week private workshop. It looked like things were finally picking up!

May was approaching, and I had a private workshop to teach/ lead in Scotland. Which would mean we would need to get back to Dallas to leave the dogs with Ellen’s folks and hop on a plane at DFW. Much of my spare time during the southwest leg was spent planning the three week, international excursion. You see, Scotland has become one of our favorite places on earth. The land, the sea, the people, the whisky. It’s truly magical.

So when we got the email from a client that he wanted a private workshop in Scotland, with whisky tours…. Ellen and I both nearly jumped out of our skin. It would be tough to leave Islay,  Skye and Colonel Bubba for so long, but we were excited about about another great Scottish adventure. 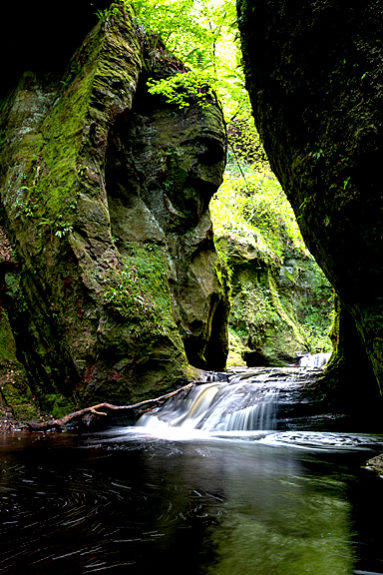 We arrived a week before my client, so we could scout all of our locations, see which were working, which weren’t and maybe even find a few new great spots. To keep things cheap, we camped the entire time, ate store-bought food, and generally lived the way we do on the road back in the U.S. Thankfully in Scotland, this is no tough task. Overall, we covered 1500 miles in the first week. Then, my client arrived.

We did a personalized tour of the Highlands and Skye, staying in fancy hotels, castles, and flats, eating out every night, and touring the best distilleries Scotland has to offer. We lived it up and showed him the best of times for a week. He and I were out chasing light every morning and evening, and we both came away with a whole portfolio of killer images.

Then, after a week, we dropped him off at the airport in Edinburgh. It was time for Ellen and me to have a few more days to ourselves on our favorite little whisky drenched island– Islay. Yep, you guessed it. Our dog was named after this famous island that is home to the peatiest, most flavorful, and possibly hardest to pronounce, of all the Scotch whiskies, like Lagavulin, Aardbeg, Caol Ila, Laphroaig, and Bruichladdich. This was the height of our success for the year. It was at this point that we began to truly redefine what success meant to us. 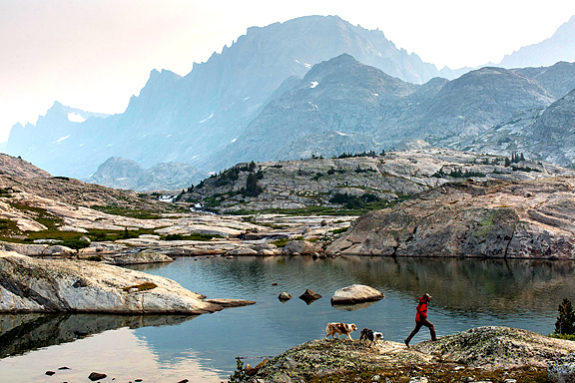 We got back to Dallas eager to see our girls– we had heard that Islay was not doing well while we were gone. Our fear was that she might be nearing the end of her life. But more than this, we simply missed our furry companions. Life, though still “on the road” in Scotland was a bit more empty without the company of our dogs.

What we didn’t know was that we were about to come home to the toughest three months we’ve ever been through.

“The greater the difficulty the more glory in surmounting it. Skillful pilots gain their reputation from storms and tempests.” Epictetus

Living it up in Scotland was incredible. But we arrived in the States all but completely broke. The wide open spaces and cheap living of Wyoming was in our sights, but money for gas alone to get up there seemed insurmountable. It was either pay our bills, or head up to the north country. We chose Wyoming. 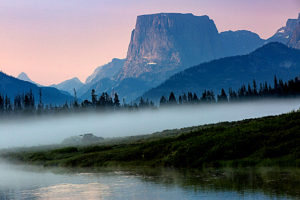 Since we didn’t pay several of our bills in June, our phones were cut off. We had to stop at Flying J gas stations the whole way up to utilize their free internet so we could try to hustle some work. All summer, work was really tough to come by, though. Aside from a huge magazine assignment and a few small workshop clients, it was the toughest three months we’ve ever experienced financially.

I talked to lots of folks who owned small businesses and they all said the same thing– business was slow all around. No one knew why, though. But speculation doesn’t pay the bills, so we kept pressing forward, hustling any way we could.

When we weren’t hustling, we spent countless days and nights backpacking the incomparable Wind River Range– an endeavor that is free, and fills our souls more than any other activity. Instead of continuing our National Park odyssey, we stayed put. I’ll admit, it was hard to stay put but if we had to be “stuck” anywhere, the Winds were the best place for us to be.

One of the things we learned about ourselves during this time period was just how much we really needed to survive. For us, our needs shifted to fresh air, a slower pace, and plenty of space to roam free. We no longer craved the trappings of city life; new clothes, fancy dinners, lots of social activities, a nice ho– things we once enjoyed and held as important. At this point in life, we simply couldn’t afford them anyway.

Now that fall has come, and nearly shifted into winter here in Wyoming, things are looking up. There are even some very exciting things on the horizon for us. But we are already relying less on how much we have in the bank, and more on how much we are willing to keep pressing forward in faith. That pursuing our dreams and living this life to the fullest are our reward.

We are not getting rich from this lifestyle we’ve chosen. It’s our experiences that bring us the kind of wealth for which we’ve been searching. And we’ve begun to see and define “success” for ourselves in a whole new light.

The links  for Our National Parks Odyssey Parts 1 and 2 are at “Related Posts” below. 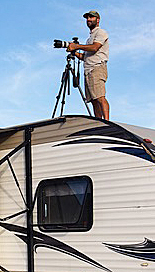 You can help Andrew and Ellen achieve their goal by adding one or more of Andrew’s beautiful prints to your collection. You can also subscribe to a collector’s edition of prints from each of the 59 National Parks he plans to photograph.