Home » Photography » The Atlas Of Beauty

The Atlas Of Beauty 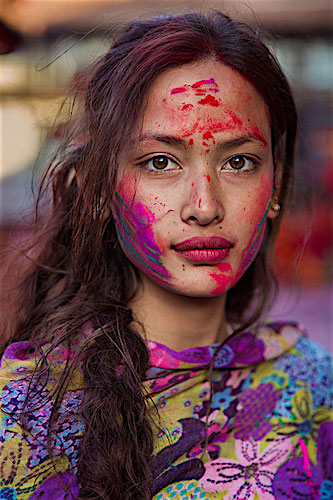 I’ve spent most of my life in Bucharest, the capital of Romania, a place roughly equidistant from Western Europe, Asia, and Africa. The 1990s, when I was growing up, were difficult years in Eastern Europe, with a lot of unemployment and poverty.

As a result, my family moved often. Almost every year I would be sent to a new school, have to get used to a new neighborhood and make new friends. Back then, I struggled each time I had to leave one group of friends for another, move from one flat to another, but years later I realized that this gave me the capacity to adapt in so many new environments.

My father is a painter, so I spent my childhood surrounded by his paintings, enjoying the diversity of colors. When I was 16, he gave me an old, second-hand film camera. I was too shy to go on the streets and take photos of strangers, so my first subjects were my mother and my sister. That’s how I started to photograph women, in a natural and very low-key way. At night, when my family was sleeping, the bathroom was mine and I would transform it into a darkroom to print my photos. 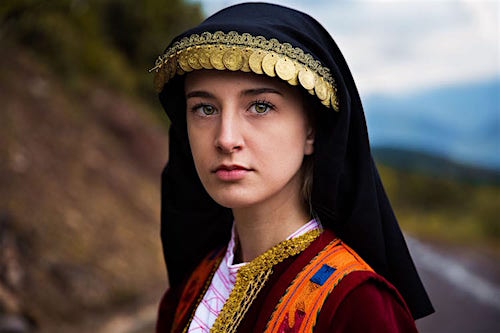 I went to college to study photography, but received little encouragement from my professors. These were the years of the digital boom, when everybody started buying cameras and I saw myself as just another average photographer surrounded by millions of others. I felt that the world didn’t need another mediocre artist, so I quit photography. I took work in other fields for money and a practical future, without really enjoying what I was doing.

For years I felt that I was in the wrong place, but didn’t have the power to escape. Then in 2013 a trip to Ethiopia changed my perspective. I brought along my camera, just like any other tourist. 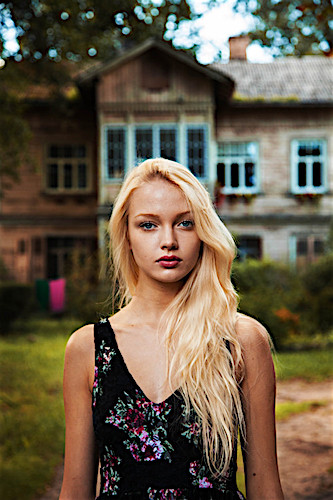 Right away, I was fascinated by the women I saw during that vacation. Some were living in tribes, just as nonchalant about nudity as their ancestors had been generations before. Others were part of conservative communities, covering their heads. And still others, in the big cities, were embracing modern life.

Most of them were struggling and working hard, sometimes facing discrimination as women. But in these harsh environments, they were shining like stars–with dignity, strength and beauty.

If there’s so much beauty and diversity in one country, what about the rest of the world? I wondered. I realized that the wonderful women of our planet need much more attention, and that true beauty is more than what we so often see in the media.

In that moment, I started to dream again, and found the strength to break from my comfort zone, quit my job, and go back to photography. I started to travel, take photos and, little by little, I regained my self-confidence. 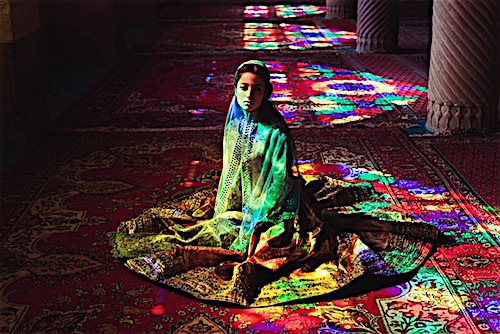 In the beginning, The Atlas of Beauty was just a small, personal project, funded with my savings, known only within my own country. I traveled on a very low budget, as a backpacker, mingling with the locals and trying to understand their cultures.

After a while, the project took off on social media, something I had never imagined would happen. Millions of people were looking at my photos, and my email inbox filled up with messages from around the world. Sometimes people even recognized me on the street. Some thanked me, saying that I changed their way of looking at women. I was particularly happy that not just women, but also men, were interested in my work. 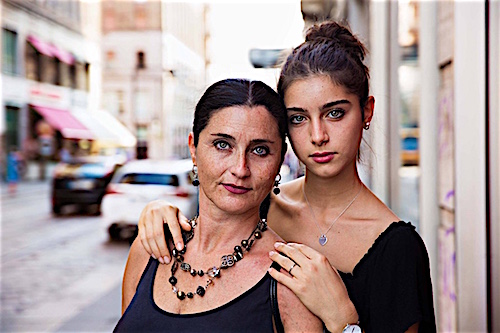 I now had a mandate: I would have to work harder, capture more diversity, and find more inspiring stories in order to send a message that really would be heard. People from all over began to donate to the project, allowing me to continue my work independently.

Traveling to so many fascinating places has given me some of the best times of my life, but also the most challenging. I’ve been close to war zones and wandered through dangerous slums. I’ve been freezing, overheated, emotional. I’ve been out of money, and I’ve been ill while far from the comforts of home. But meeting so many incredible women kept me moving forward on my path with enthusiasm. 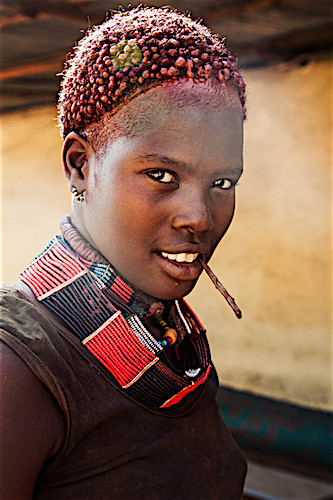 I owe everything I am today to these women. Each encounter taught me to be a better person, to see beauty everywhere, and in everything, not just on the surface. I always use natural light for my photos, trying to create a feeling of coziness, and to capture that magic moment when a woman opens up, so I can dive into her eyes and capture her inner beauty too.

If you put the words “beautiful woman” into Google, you’ll see mostly images of seductive women: mouths pouting or lips parted; hands pushing their hair into a bed-head tangle; not many clothes at all. But in this book you will see that beauty means much more.

Beauty, as I see it, can teach us tolerance, honesty, and kindness, and our world needs these values more than ever. In the end we are all part of the same beautiful family.We shouldn’t build walls between us, based on gender, ethnicity, color, sexual orientation, or religion, but find paths that connect us to work together—women and men—and make this world a better place. 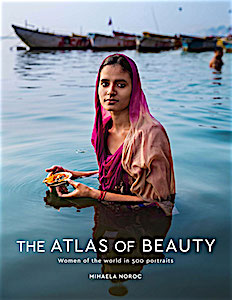 This abridged excerpt from The Atlas Of Beauty, by Mihaela Noroc , © 2017, has been reprinted by permission of the publisher, Ten Speed Press, a division of Penguin Random House, Inc. The book showcases 500 portraits with captions within its 352 pages and is available from Amazon and other booksellers.

The blog editor recently asked Mihaela a few questions about her equipment and techniques:

What equipment did you use?

What focal length of lens did you use most?

I use all of them, equally. For example, when I go to more dangerous places and I want to be low profile I use the 40mm. When I have more freedom, I use 27-70mm. When I want something in between and also want to be lighter, I use the 50mm. It’s really important to feel comfortable with the lens, because you also have to make your subjects feel comfortable.

What aperture did you use most?

Mostly f-2.8, wide open, which keeps the depth of field narrow and lets my subjects stand out from the background.

You say you always use natural light. What kind?

Mostly open shade, with a few exceptions. But it took me years to learn to find the best light, on the spot, in just a few seconds.

Did you use any supplemental artificial lighting?

No, never. Maybe just street lights, in the night, a few times, but 99% of my photos are shot in daylight.

What project(s) are you currently working on (if any)?

Now I’m promoting my book around the world, but right after that I want to go back on the road and continue my project. The diversity is infinite and I’ve only captured a little. Right now I would say that I want to continue The Atlas of Beauty for the rest of my life.