Home » About Photographers » “Into The Light” Showcases Legendary Musical Artists 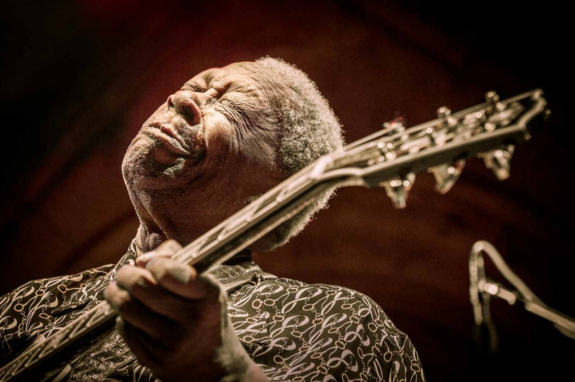 My love for music began long before I found my way into photography. My mother was a classically trained musician and teacher, and had me playing the cello at age four.

I continued on for the next ten years into my teens, but when I first heard the opening riff of Led Zeppelin’s “Communication Breakdown” I instantly switched over to the guitar. 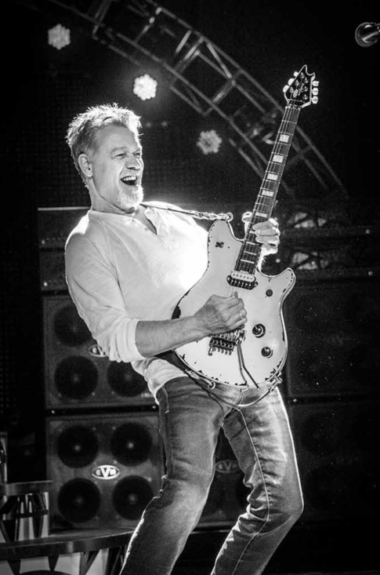 It wasn’t until high school, when I took a photography class, that my mission in life became clear, combining my two passions together: music and photography.

One of the very first photographs of a musician I can remember admiring was by famed Canadian photographer Yousuf Karsh of cellist Pablo Casals. I was struck by the angle of the photograph, which was taken from behind, and the power of the image that could be achieved from an unusual perspective.

Years later, while studying photography at the E.F.E.T. art college in Paris, France, I had the honor of meeting the master humanist photographer Henri Cartier-Bresson, who just happened to live near me next to the Louvre. I remember looking into his clear, blue eyes and telling him what an enormous inspiration he was. 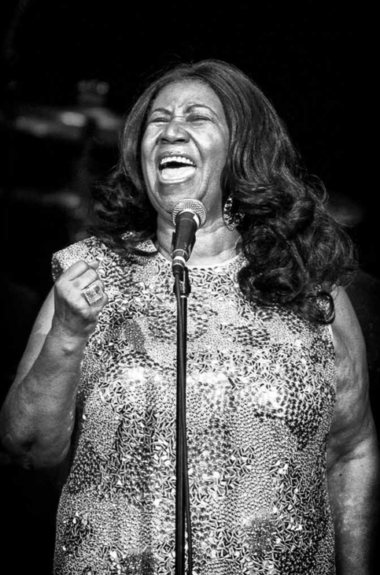 The next time I saw him on the street, I ran back to my flat to get one of his books, and asked him to sign it. He brushed aside my pen and instead drew a vintage gold fountain pen from his coat and proceeded to sign irreverently, “Henri etc.”

After moving to the San Francisco Bay Area, in early 2001, I had the life changing experience of taking a master class with Jim Marshall, the godfather of rock photography. Afterwards we drank bourbon at his place and I was transfixed as he regaled me with his incredible stories of shooting the legendary Monterey Pop Festival and Woodstock. He later invited me to showcase my work alongside his at one of his last benefit shows on the Sunset Strip in Los Angeles. A memory I will never forget. 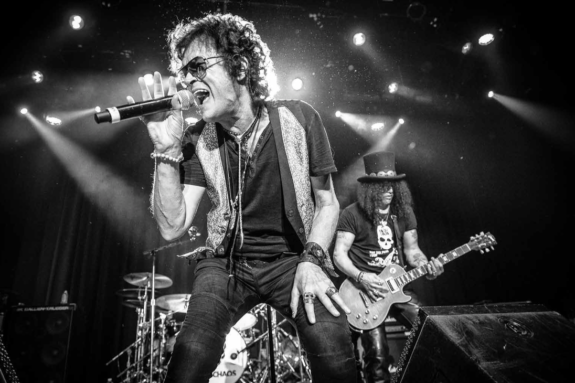 Creating this book has enabled me to reflect on the last two decades of my career and pause to appreciate where it all started. One of the first concerts I ever shot was back in 1994 at the Banlieues Bleues Festival in Paris.

Headlining was none other than the legendary King of the Blues, B.B. King. As I snuck my way up to the front row next to the press, I realized I was beside noted Magnum photographer Guy Le Querrec, who could tell I wasn’t supposed to be there but just ended up giving me a big grin. 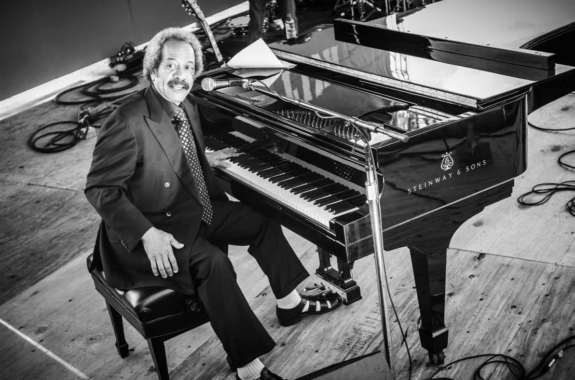 B.B. King finally showed up and my first black and white shots of the musical legend were born. Little did I know, that years later we’d meet up again and he’d be gracing the cover of my book.

I’m known to shoot what is referred to in French as shooting in “contre-jour” or “into the light,” where the camera is pointed directly toward a source of light. After twenty years into my journey as a music photographer I thought it was time to put my work “Into The Light” and share this collection with music and art lovers everywhere. 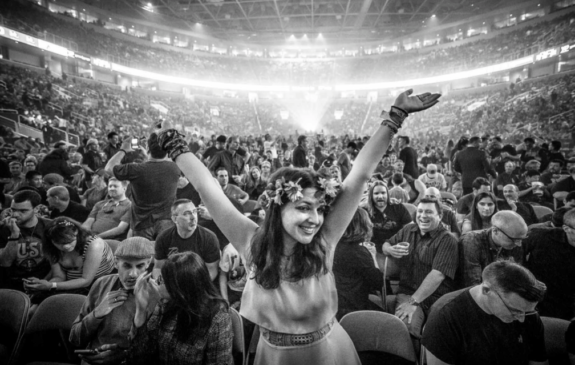 To find out about Jérôme’s solo exhibit in Las Vegas, a book signing and a two-day workshop click here 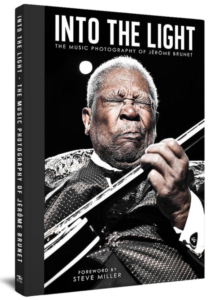 This article is an excerpt from Into The Light, a twenty year retrospective coffee table book by award-winning music photographer Jérôme Brunet featuring a foreword by rock legend Steve Miller and showcasing musical luminaries such as B.B. King, Eric Clapton, Slash, Tom Petty, Bruce Springsteen, Santana, Aretha Franklin, James Brown, U2, The Who, Pink Floyd, and The Rolling Stones just to name a few.

An autographed copy of the first edition book featuring 208 pages, 9.25″ x 12.75″ inches in size and printed on heavyweight fine art matte paper, with over 125 color and black & white images is priced at $50 and can be ordered here.