Home » About Photographers » My 70-Year Love Affair With Photography

My 70-Year Love Affair With Photography 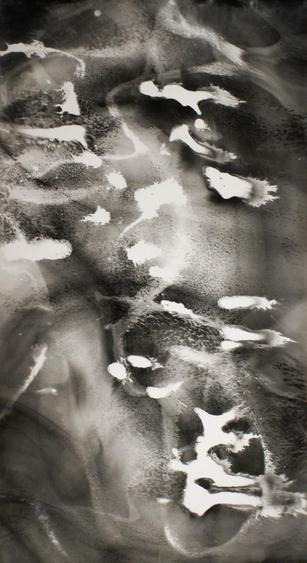 As a boy growing up in the East Bronx, I knew “the photographer” as the guy who took pictures at weddings and Bar Mitzvah’s. My Uncle Herman, the “authority” on all subjects, had never heard of Henri Cartier-Bresson, Alfred Stieglitz or Edward Weston. nor, for that matter, had anyone else in my building on Elder Avenue.

Yet somehow at the age of 14 I became fascinated by the idea of making pictures and permanently fixing an image. Even though money was always tight my mom bought me a $5 Brownie camera to support my interests and I convinced a boy in my building to share the cost of an $8 darkroom set. Despite erroneous technical advice given by Uncle Herman, I was on my way.

In 1949, one year after my parents let me turn my bedroom into a darkroom, I was accepted into the High School of Industrial Arts. It was the best art school in New York. Better yet, it was located in the center of what was then New York’s photo district, and just seven short blocks from Peerless Camera Stores. 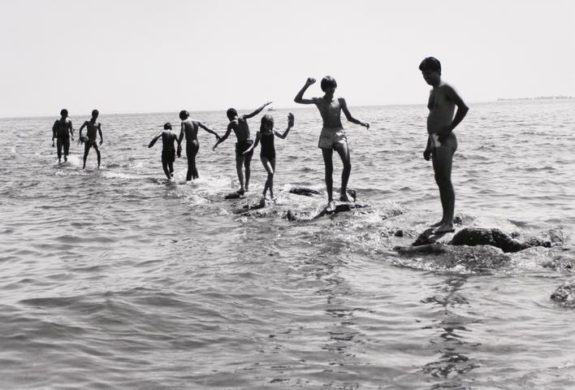 I soon found myself under the watchful eyes of the many commercial and fine art photographers that used Peerless as a local gathering place. Everyone from Eugene Smith to Diane Arbus to Weegee came through the place. Victor Keppler and Paul Hesse would often take a break from their nearby studios to browse the latest innovations and equipment. Though I didn’t realize it at the time, this experience was better than any classroom

I was thrilled to rub elbows with the important and well-known photographers of the time, but my real hero of those days was a salesman in the darkroom department and a member of the Photo League named Lou Bernstein. He took an interest in my work and became my mentor, helping me evolve into a more documentary style photographer. So while I was learning the technical aspects of my equipment at school, there was my mentor helping me to refine my eye. 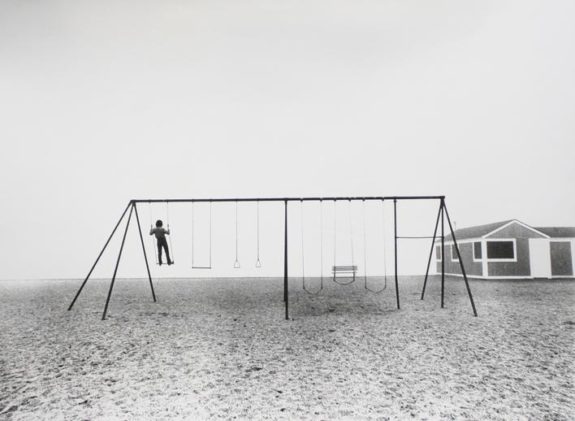 What Lou did for me in 1950 was confirm that I was more than just a 16-year-old who liked to take snap shots. Galvanized by his confidence in me, I worked to gain the technical ability that would allow me to translate my talent into something real, something artistic. I was unsophisticated; yet many of the images I shot back then still move me today.

I was both fascinated and determined to create something lasting and many of these photographs were submitted in a portfolio to the Scholastic-Ansco Photography Awards which earned me a scholarship to the Art Center School in Los Angeles. 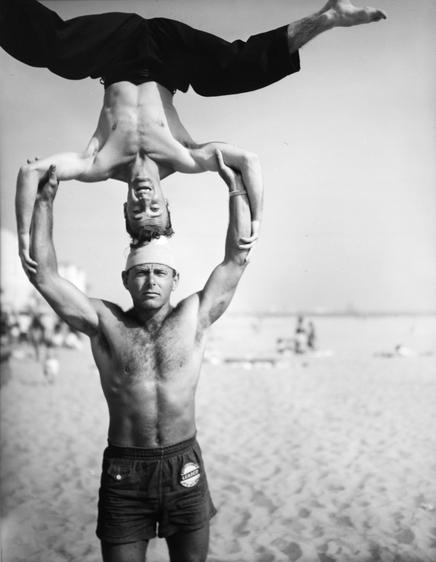 It was 1954 in Santa Monica, California when I began to record the many faces and activities of Muscle Beach. Armed only with my 4 x 5 view camera, 2 ¼ x 2 ¼ reflex camera, and the knowledge and style that I had acquired in New York, my growing passion for the medium at the time, coupled with the excitement of a new place that in many ways was reminiscent of Coney Island and Orchard Beach back home helped ease my homesickness.

Quickly and without realizing it, I had begun recording for posterity, an area and an era that would prove to become an important part of the history of California. And even, perhaps, on a greater scale, “Americana.” And while many images were indicative of the time, they both incorporated subject and design elements I would carry with me for the rest of my life.

I must say  I feel lucky to have been in California during that period. Even more lucky was I to meet my future wife Gloria and begin a partnership that has endured for more than 62 years. 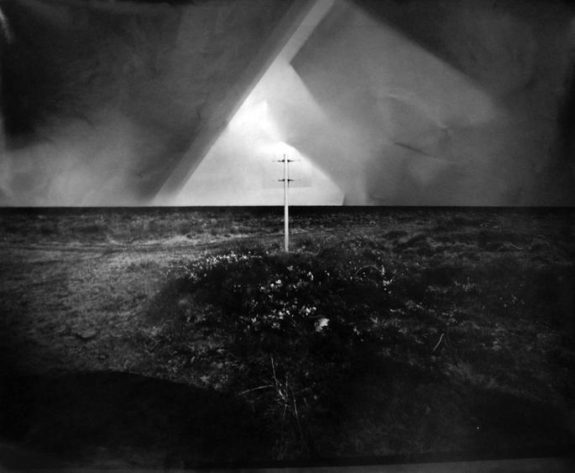 Returning home in 1959 with Gloria and our first son William, I worked for the next few years in color labs around the city as I slowly built up a career as a commercial photographer. My preoccupation with the commercial industry during that time had hampered my ability to venture out and shoot creatively. Supporting my family came first.

After many years in the city, Gloria and I decided it was time to pack up the family (which now included our sons Michael and Bruce) in search for a more serene family environment.  Our friends rebelled. How could we leave the city? Were we out of our minds? After all, New York and Los Angeles had been the center of my artistic inspiration.  As we packed up our apartment, Gloria, who was my agent and studio manager, would now be a commuter, traveling an hour each way to my studio.

Geographically, Westport, Connecticut was a relatively short distance from New York, but as a young photographer who had developed his eye on the streets of the Bronx, it might as well have been another planet– it opened my eyes to a whole new direction in my photography. 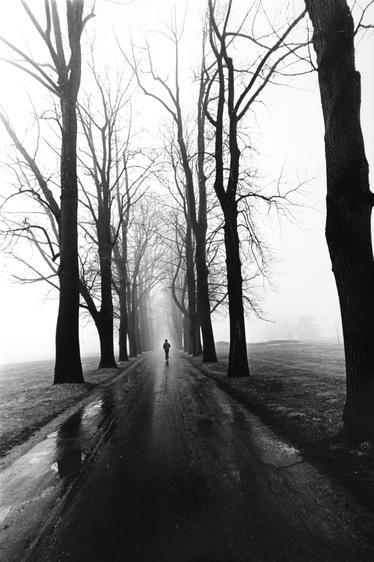 Trees, grass, flowers, kids with baseballs, families at the beach. The new images of Connecticut – mundane to so many – made me feel reborn. I saw an opportunity to capture another part of America that had not been   documented. I found myself waking up early, getting in the car, and driving sometimes for hours searching for images.

I hadn’t felt this inspired since I was a teenager searching for shots in the New York subway or on the beaches of California, but now I had the advantage of decades of experience.  I understood the many variables that must be in perfect balance to get a truly successful shot: the camera, the lens, the lighting, the setting, and the vision. I learned to seize these opportunities– as I did on one eerily foggy morning when I jumped out of my car to shoot a lone jogger running down a road, under a canopy of tree branches.

Four years ago, I finally made the switch to digital and am now using Canon equipment. I also use Red River paper printed on an Epson Stylus Pro 9900 in various sizes, to suit the subject matter.

It’s been over 45 years now since my family and I moved to the suburbs. I often think of my years in New York and Los Angeles and those long afternoons at Peerless. My deep connection to my roots as an urban photographer will always be with me and I am grateful to have been part of an era in photography that allowed me a great deal of creative freedom. 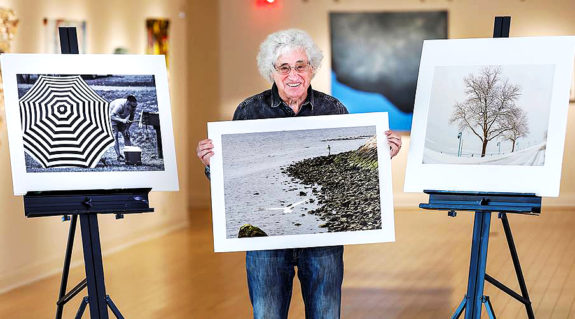 The author with some of his museum exhibition prints that have been output on Red River paper. Photo © Michael Paras

His images have been published in numerous books and catalogues including Made in California (2000); New York, Portrait of a City (2010); This Was the Photo League (2001) and Suburban Visions (2002).