I remember buying an all-in-one tool years ago that promised to do everything. It did…kinda. But it did none of them really well. When you need to make a task quick and easy, there’s nothing like using a dedicated tool. Lucis Pro by Microtechnics and Restore by Vivid-Pix are one-trick ponies, but what they do, they do very, very well. And both come in various Mac and Win configurations. 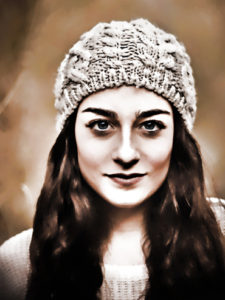 Lucis Pro first appeared more than ten years ago. It was expensive (hundreds of dollars) and required a dongle on your computer to work (ridiculous). But it was an amazing piece of software that could do image enhancement like no other… well, if you sweated at Photoshop or used other programs you might get close– but no cigar.

Lucis (which means “to shine” in Latin) had always fascinated Dr. Gary Gaugler, who used it and loved it, so when the company closed down in 2015, he bought the technology and began working on the program to make it compatible with current operating systems. About a year ago, he released a completely updated plugin for Windows followed by both Mac and Win standalone versions.

Gaugler, who has a PhD in Electrical Engineering explains what the program can do in technical terms: “The human eye distinguishes approximately 32 levels of contrast. Digital images contain hundreds to billions of levels of contrast. Lucis shifts the relative emphasis of contrast variances so you can view the information you wish to see.”

He says Lucis accomplishes this by selectively detecting and emphasizing certain aspects of the visual information and then converting the result back into an image. “Lucis,” he explains, “enhances and modifies images unlike other image processing methods.” 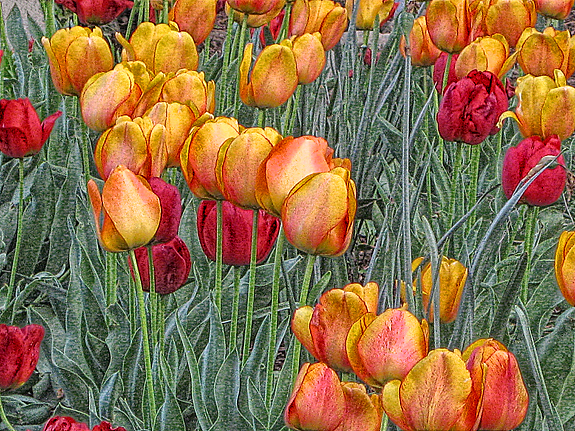 Photo by Barbara Williams used Lucis Pro to bring out extreme detail to convert this image to an art piece.

Okay, so that’s the science of it. But on a practical level, it is how the image information is enhanced that is what is so spectacular about the program. Lucis uses only two variables (two sliders) to accomplish this, making it incredibly easy to use because you can see and adjust effects instantly– and they can be stunning. Tweaking these settings with further available options can take your images into the Twilight Zone, if that’s where you want them to go.

What’s really interesting is that you can take a ho-hum image –something that might ordinarily be a discard, and turn it into an extraordinary piece of artwork. Lucis Pro’s greatest strength is that it can yield so many variations so easily.

The Lucis Pro site has tutorials, examples and guides to get you up and running in minutes and to show you how to get many special effects. And, if you want to know even more about the technical aspects of the program (above my pay grade, I’ll admit :-), it’s available at the website along with some really stunning examples of what this powerful app can do. 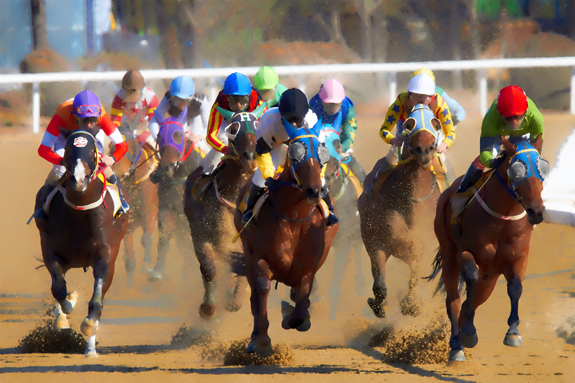 Photo by Matthew Schwartz and blended in Lucis Pro by using just one slider.

I’ve been using Lucis Pro for more than 10 years and when I used to offer cruise ship workshops, it was always the favorite specialty software of my attendees. Blog readers can now get a special  20% discount off the regular price of $50 which, at $40 makes it a superb bargain (see Resources). 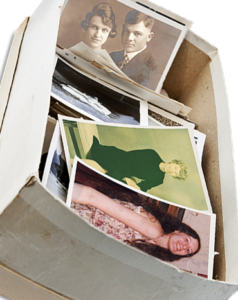 Restore by Vivid-Pix is similar in function to a program that I once featured in this blog. Developed by Kodak’s digital team more than a decade ago and called Digital Roc, it  revitalized old, faded, color photos. It now only works on legacy operating systems– if you can find it. Not to worry, though, because Restore is based on a powerful new algorithm that does everything Roc did…and more.

You can fudge around for an hour or more in an imaging program to try to bring old photos back to life, but why spend the time when you can now accomplish it in minutes? Developed by Rick Voight and Randy Fredlund, Restore is available as a standalone app for both Mac and Win. Load your image and get an immediate nine-image choice from which you can select the best one. Sliders then let you refine the photo further if you need to.

I found that the program does a superb job. Even if your images are badly faded or have a heavy color cast to them, you’ll be able to bring most back to perfect color balance with Restore. That’s because all the colors are usually still there– you just can’t see them but the program’s sophisticated algorithm does. 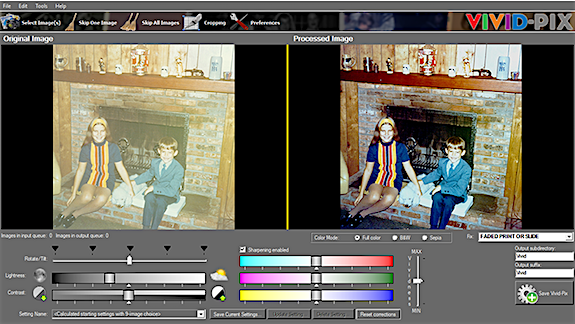 The image on the right was picked from 9 choices and is a perfect restoration. But if you’re a “tweaker” you have all the controls to go at it.

There’s more. Restore also does an excellent job on old, yellowed, faded black and white images, removing the yellow and bringing back proper contrast to the picture. And Vivid-Pix has just come out with a free upgrade that does the same for faded documents. Though currently only available for Windows, a Mac version will be out within the next few months. 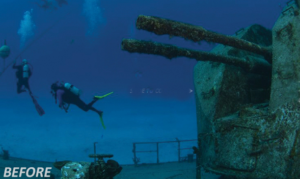 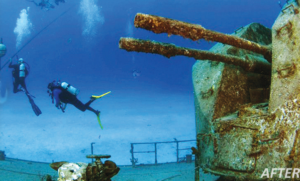 Another program the company has developed, Land and Sea Scuba, should interest divers who frequently take photos at depths where the red spectrum cannot penetrate, resulting in images that have heavy blue-green casts masking their natural color. Land and Sea Scuba handles these images with ease– and can apply the same to fix to multiple images, speeding post-processing considerably.

Restore, and Land and Sea Scuba each cost $50 and you can get 20% off on each (see Resources). You’ll also find informative video tutorials at their site along with other interesting information on their blog. If you have old photos or underwater images to color-correct, these programs will fix them lickety split.

Special 20% Restore and all other software discount valid  through February 1, 2019: Use Code 3RRPBSave20 Vivid-Pix also offers all their software for free trial.

NOTE: Neither Red River Paper nor the writer of this article receives remuneration in connection with sales of the above software.