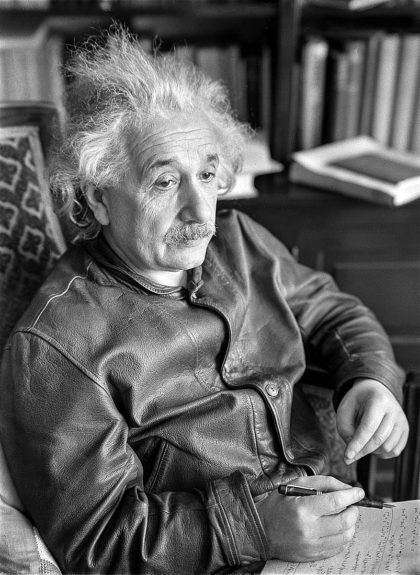 Albert Einstein, physicist, in his study at Princeton, New Jersey, 1938.

Gary Samson was an aspiring 25-year-old photographer in 1976 when he first met Lotte Jacobi in New Hampshire. She was 80 and a successful German portrait photographer from Berlin who had emigrated to New York City in 1935, narrowly escaping Adolf Hitler’s persecution of the Jews.

Samson was working for the University of New Hampshire as a  filmmaker who had been assigned to do a documentary movie about her and her work.

Lotte had distinguished herself in her new country –then mired in the depression– by taking on clients who had the means to pay for her unique style of portraiture. But after 20 years in the City, she decided to move to the small village of Deering, NH, to be near her son and daughter-in-law who ran a small guest house during the summer. There, she would continue to pursue her craft for another 25 years.

Three years after she’d met Samson, Lotte, then 83,  began to think about what would happen to her work after she was gone. There were more than 47,000 negatives she’d shot during her career and she wanted them preserved.

Gary, who’d become a close friend by then, suggested she donate them to the University of New Hampshire. She agreed– provided he’d help her scan and catalog them. It took six years of hard work but the collection was finally in the university’s archives by the mid 1980s. Gary recalls his relationship with her: 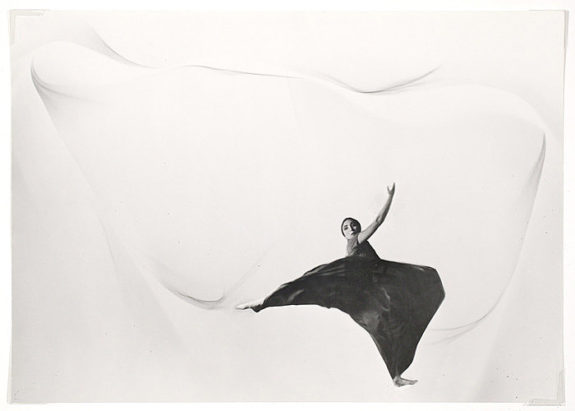 “Lotte had a tremendous, positive influence on my life and was a great role model who enabled me to become a better photographer and person.” Obviously so, as Gary became a distinguished photographer in his own right, eventually teaching and then becoming dean of the photography department at the New Hampshire Institute of Art. He recently retired as a Professor Emeritus and was appointed by the state’s Governor for a two-year term as New Hampshire’s Artist Laureate.

But back to Lotte. Born in Thorn, West Prussia in 1896, she came from a family of photographers– in the 1840s her great-grandfather bought a license to practice photography from the inventor of photography, Louis Daguerre, and her family operated photo studios down through the generations. She, herself, began taking pictures when she was 11, progressing from pinhole cameras to plate cameras and even using an early 35mm Leica for more candid work. 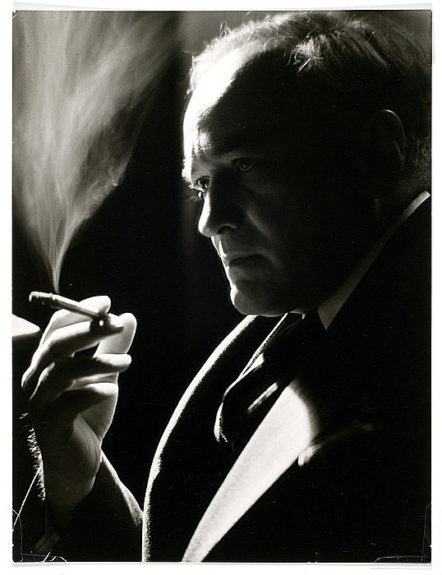 Leo Katz, artist, New York, 1938. The image uses dramatic lighting and a cigarette prop which was a departure from Jacobi’s usual style.

In 1932, she did a six-month tour of the Soviet Union, one of only two women allowed to document the winds of change sweeping through the new Communist Republic (Margaret Bourke-White was the other).

Returning to Berlin, she found it difficult, as a Jew, to continue her work and decided to leave for America. Though it was tough going at first, she finally settled into her groove– portrait photography. With the help of Berenice Abbott, another photographic artist, she became established and began to get commissions to shoot luminaries such as Albert Einstein, Eleanor Roosevelt, Alfred Stieglitz, Marc Chagall, Theodore Dreiser, J. D. Salinger and scores of others. By the time she died, in 1990 at the age of 93, hundreds of famous artists, performers, intellectuals and political leaders had been privileged to have their portraits taken by her.

Yet, as Samson recalls, “she honored and respected people of all classes and always let her subjects rule the frame of a photograph. Lotte often told me,” he says, “that she did not have preconceived ideas about people who sat in front of her camera and wanted to make it easy for them to be the subjects of her photographic portraits.” 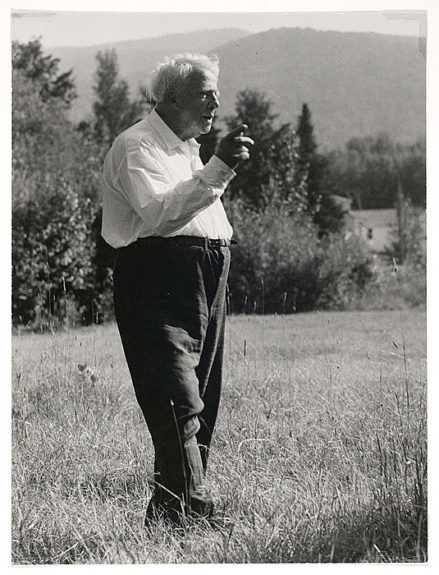 When Lotte moved to New Hampshire in 1955, she found life more bucolic and captured images of rural life while continuing to make portraits of subjects including Robert Frost, Edward Steichen, May Sarton, Minor White, and others. “But,” Samson says, “she always found time in her busy schedule to meet with aspiring photographers to critique the progress of their work as well as usually treating them to lunch or dinner. Her great energy, curiosity and passion for life often made me think of her as a 25-year-old woman trapped in an 85-year-old body.”

Last year, Samson was asked by the University to curate a retrospective of her work done in the United States. The exhibit, titled, Lotte Jacobi’s America: Images of her Adopted Land opened in January and runs through March 29, 2019. If you’re in the New England area it’s well worth seeing. 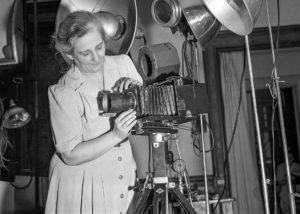 Many photographers viewing the exhibition’s prints of Jacobi’s images are impressed with their remarkable quality, certain they’ve been printed on traditional silver halide stock.

Not so. Samson, himself, output the 50 images ranging in size from 5×7 inches to 12×17 inches on an Epson SureColor P800 printer, using Red River paper. (See Resources below.) 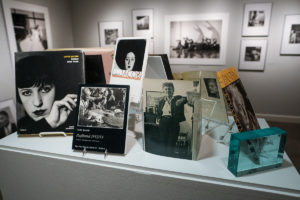 Jacobi’s German books are on display at the exhibit.

“I wanted a high quality archival rag paper,” he explains, “that would emulate the kind of traditional gelatin silver papers that Lotte had printed on decades earlier. Palo Duro Smooth Rag was a perfect match.”

Though the exhibit only covers Lotte’s work in America, a web search will reveal images she took in Berlin before the war, many of which show her innate sense of design which created a demand for her work. Unfortunately, much of it had to be left behind when she fled Germany and was subsequently destroyed by WW II allied bombing. 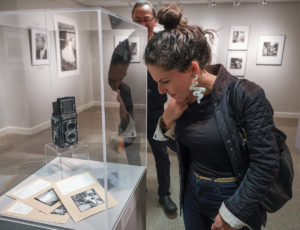 Visitor’s can also see other memorabilia of Jacobi’s life.

In retrospect, the odds were astronomical that the young American photographer and the talented German artist would ever cross paths. Yet, it happened– and turned out to be fortuitous not only for them, but for future generations who will now have access to a prodigious collection of photographic art and history.

Images of the exhibit © Gary Samson