Back to Basics: Using Focus Creatively

You can exert a great deal of creative focus control over your images once you learn how to use some of the basic functions your digital camera offers. First, though, let’s define a few terms that are essential to the process. Photographers who use the term “point of focus” refer to the subject or object in a photograph where they want to draw the most attention.

“Focus” itself refers to what part or parts of the image will appear to be sharp. If an image (or parts of it) are out-of-focus they will not appear to be sharp. This is different from images that lack sharpness because the camera or subject moved, causing them to look blurred. It’s important to understand the difference because sometimes the same terms are used to describe both. 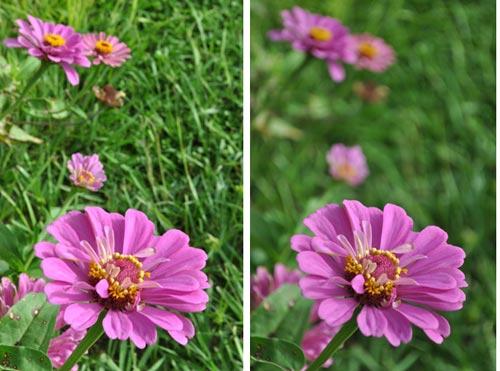 In these two images above, the point of focus was the same, the flower in the foreground. However, the amount of the photo in focus is different. If a lot of the image from foreground to background is in focus (left hand image), it is said to have good depth of field. If only a small range is in focus (right hand image), it’s said to have shallow (or narrow) depth of field. There are many ways to control this effect as we will see.

Let’s begin by dealing with your point of focus; what you (or your camera) focuses on. Every photograph has a specific location at which the photographer wants the viewer’s eye to rest. Seen through the lens of the camera, this can be a single point or multiple points and you can chose to use just one (usually in the center) or several in different locations (more about that later). 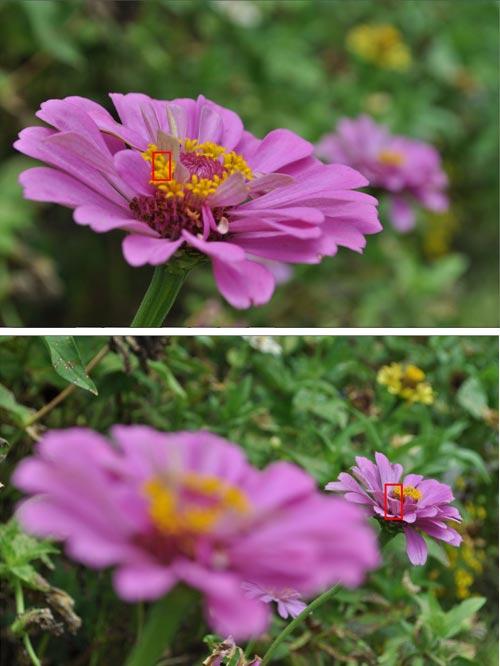 In the above two examples, I have focused on only one  point, as indicated by the red square in each.  However, I deliberately altered its location.  As you can readily see, this greatly modified the look of the photo.  The top one, which features the flower in the foreground, is visually more pleasing than the other.

However, what point would you choose for a wide-angle scene? In these situations, when you desire to show the general appearance of a location, it often works best to set your camera to use a wider focus range, so it can automatically take samples from multiple points and then decide on the best setting to keep everything in focus.

Check with your camera’s manual as to how to set these points, although it’s best not to get into that until you’re proficient at using just the one in the center. 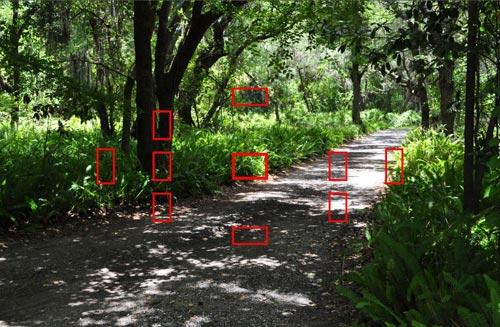 In the photo above, there are ten separate squares. The camera sampled from each of these areas to give the image the largest amount of sharpness. I also used a smaller aperture to enable more of the objects in the image to be in focus, which brings us to our next topic, depth of field.

Having a sharp photograph is dependent on something called “depth of field”.  To put it simply, depth of field is the amount of the photographic scene that is in focus from foreground to background, or appears to be sharp. It can be greater, with much of the scene in focus, or shallow, where very little is in focus. By the way, the correct term is “depth of field” and not “depth of focus” which refers to distances between the back of your lens and the camera’s sensor.

Depth of field changes with the angle of the camera’s lens, the distance from the lens to the objects in the image, and the camera’s settings.  It is especially dependent on the aperture you use, which controls the amount of light falling on the camera’s sensor.

Looking back at my first example in this article (above), the only difference between the two flower photographs is the aperture (opening) the lens is set to. In the image on the left, the aperture was f-22. On the right hand image the aperture was f-5.6. Now f-5.6 is a larger aperture and lets in more light.

When you (or your camera) chooses a large aperture, two things happen. First, in order to obtain a correct exposure the shutter speed becomes shorter. Second, using a large aperture will result in a shallower depth of field and less sharpness in front of and behind the object you’ve focused on. 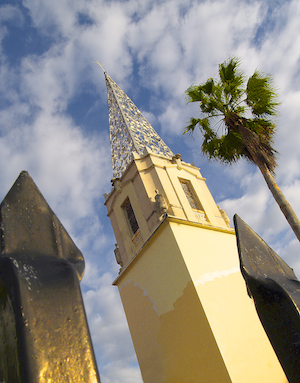 Using a small aperture and the zoom lens set to its widest angle allowed everything to be in focus from about 1-foot to infinity. © Arthur H. Bleich

So which level of depth of field to choose?  Well, that depends on your subject. In landscape scenes, you generally want more depth of field. This will make more of the objects in the scene to be in focus. Think about it this way. In a landscape, for instance, a city street scene, the many elements in the scene are at different distances from the camera.

One building might be six feet away, a street lamp 12 feet away, and a pedestrian passing by at about 15 feet. If your depth of field is too shallow, then the areas that you’d like to be in focus may not all be so. By choosing a smaller aperture for this photograph, the subjects that are at varying distances will appear to be in focus because there is a greater depth of field.

Of course, there’s no free lunch. The trade-off is that a slower shutter speed will be required to correctly expose the image; if there are moving  subjects or objects in the scene, they may be blurred. This is where you have to make some choices and/or use other options, like raising the ISO, so you can shoot at a small aperture and a fast shutter speed. 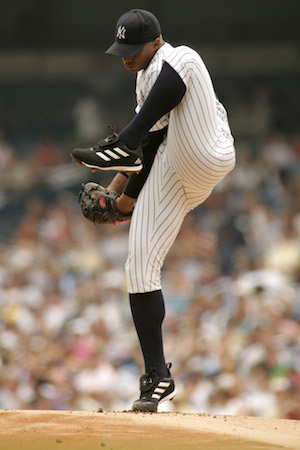 Using a large aperture and the lens set to a long, telephoto focal length, resulted in a narrow depth of field and separated the pitcher from the background. © David Bergman

However, there’s an advantage to shooting images with shallow depths of field. It allows you to isolate your subject from its background and foreground. Things that might be distracting to a viewer disappear, and the eye is drawn instead to the object that is in sharpest focus. Portrait, sports and music photography often benefit from a shallow depth of field with the subject sharp and the background out of focus. Aside from using aperture to control how much depth of field will result, there are two other factors to bear in mind.

Knowing your choices and being able to choose them effectively makes your photographs to be more your photographs, and not just the result of your simply pressing a button.  Instead, you call the shots, not the camera.  And that is really what creative photography is all about.

Suzanne D. Williams is a best-selling author of both nonfiction and fiction books with an avid interest in photography. In addition to writing for the Red River Paper Blog, she also writes devotional and instructional articles and does graphic design for self-publishing authors. Visit Suzanne’s web site to learn more about her.