Home » About Photographers » David Bergman: On the Road with Bon Jovi’s Band

David Bergman: On the Road with Bon Jovi’s Band

I’ve had the honor of traveling the world to cover music and sports events for over 25 years, and my most enjoyable gig is when I’m embedded on a tour with a band. I’ve done this with a number of groups so far, including Bon Jovi and Barenaked Ladies and I’m working with with country superstars like Luke Combs now. People frequently ask me what my typical day is like. 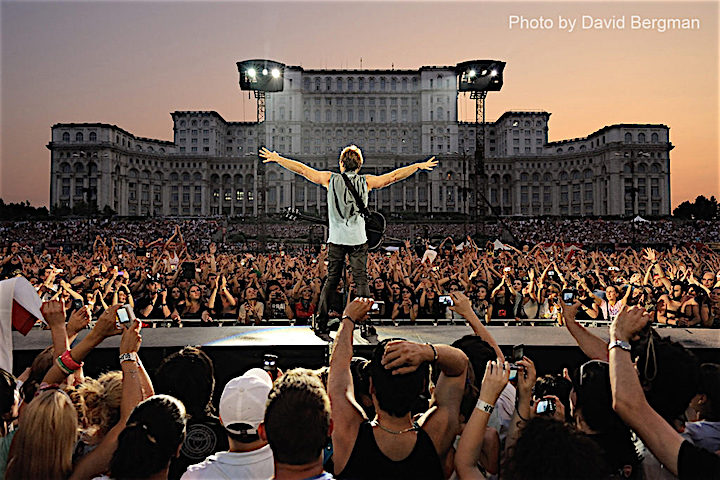 I’m sure most working professional photographers will tell you that there isn’t any “typical” day. Each assignment brings its own unique challenges, but I’ll give you an idea of what a day on the Bon Jovi tour looked like.

The alarm goes off, and it takes me a minute to figure out where I am. Venice? Tokyo? Oklahoma City? I check my email and make a mental note of anything special that might be going on today so I can make sure I’m in the right place at the right time to capture all of the important images. Then I shower, get dressed and grab a bite to eat. 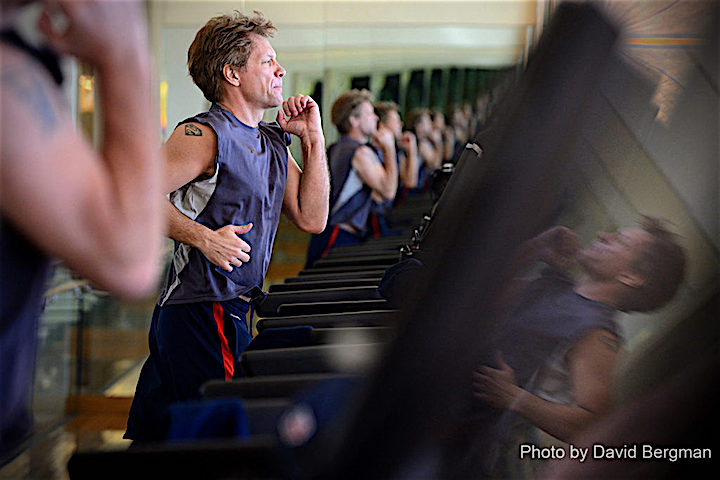 Jon Bon Jovi works out every morning, so he’s in the gym with his trainer/chiropractor. I photograph him doing cardio, weights and other exercises. 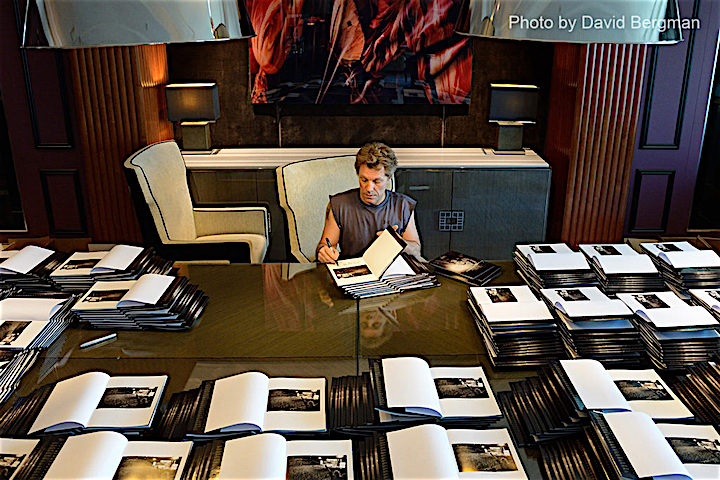 Jon is signing hundreds of my photo books that will be given to front-row, VIP ticket holders. It’s a tedious process but makes for a unique image. I try to show fans the things that they could never see otherwise.

I’m back in my room to review my edit from last night’s show. I need to make sure that I didn’t miss anything, since I was probably falling asleep while editing. I also may have taken photos backstage of the band with some of their friends or other VIPs, and I have to tone and e-mail those images. While it may not seem like much, this is a very important part of my job, as I need to make sure that the band’s guests get their images.

I check out, load most of my gear into a car, and wait in the lobby with my handheld cameras at the ready. I don’t want to be late when the band is ready to go!

If I’m in the same car with the band, it’s a good opportunity to take pictures. 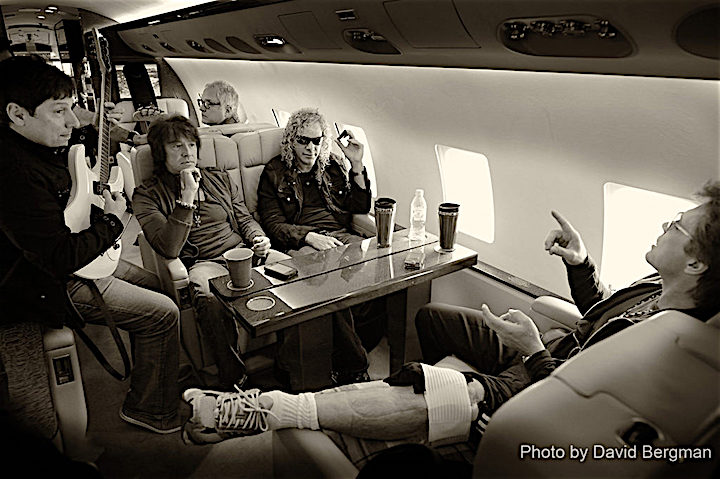 My most important job on the private plane with the band is to show my final edits to Jon. He’s my boss, and he personally approves every image that goes out. Together, we’ll go through my best 40 images or so. Once he has approved them, I’ll pick the 15 I want to offer for sale to the fans but I also keep everything properly cataloged for other uses that the band might have: social media, advertising, press/PR, etc. I manage a huge archive of images for the band. File management can be incredibly complex and boring, but it’s a vital part of every photographer’s job.

Sometimes I’ll shoot pictures on the flight—especially if there is something unique happening. On the day that Clarence Clemons died, the band decided to play a Bruce Springsteen song at that night’s show in Denmark. So while Jon was nursing a knee injury, they took time on the plane to rehearse “10th Avenue Freeze Out.”

We land in the next country, walk down the stairs, and there’s another line up of cars waiting for us with a police escort. I always have two cameras over my shoulders to capture anything interesting. 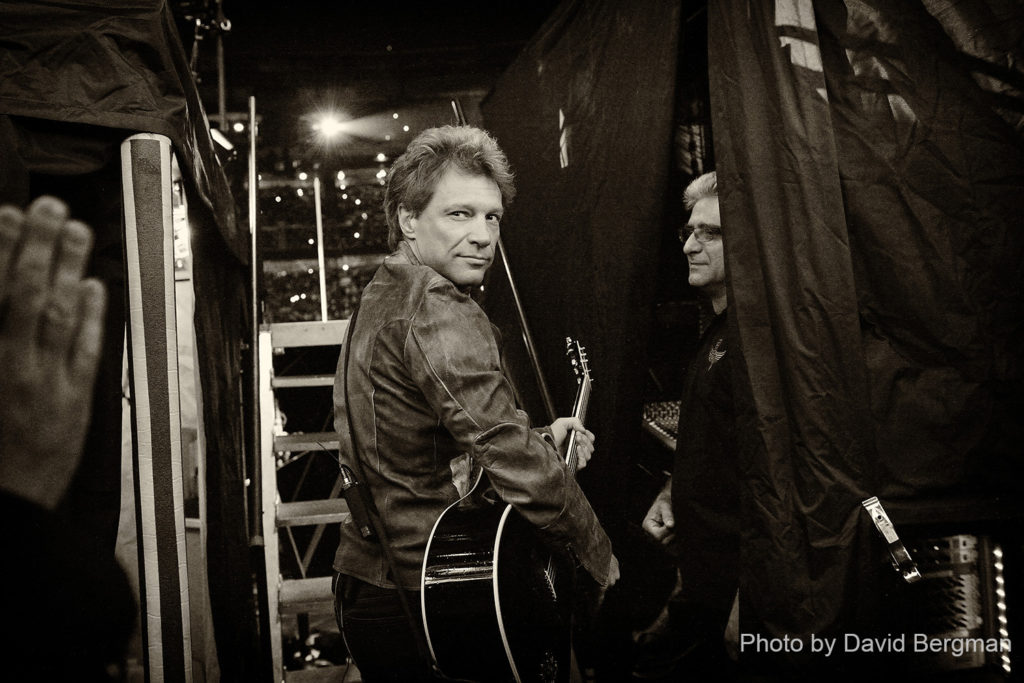 This is the busiest part of my day because I have a lot to do in short period of time, and everything is spread out around a giant football stadium.

The key to this job is knowing when to be in the room and when to leave.

This is my last chance to collect myself before the show. If I’m not already wearing my “stage blacks” (all black clothes so I blend in with the crew), then I get changed. I double check all my gear, make sure my batteries are charged, and re-tie my shoelaces so I don’t trip during the show. 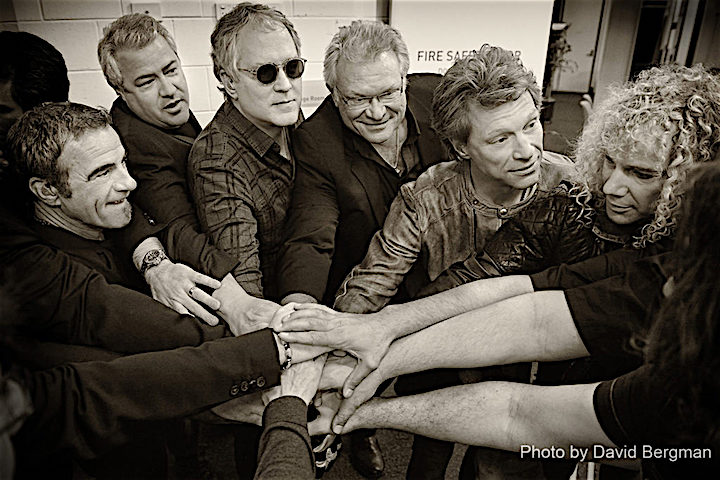 The band gathers in the hallway and does its traditional huddle. After they break, they walk to the stage. This is my favorite part of the night. The lights go down and the pre-show video starts to play. The crowd goes wild. I do my best to make a few pics in the darkness right before the band is in the spotlight. 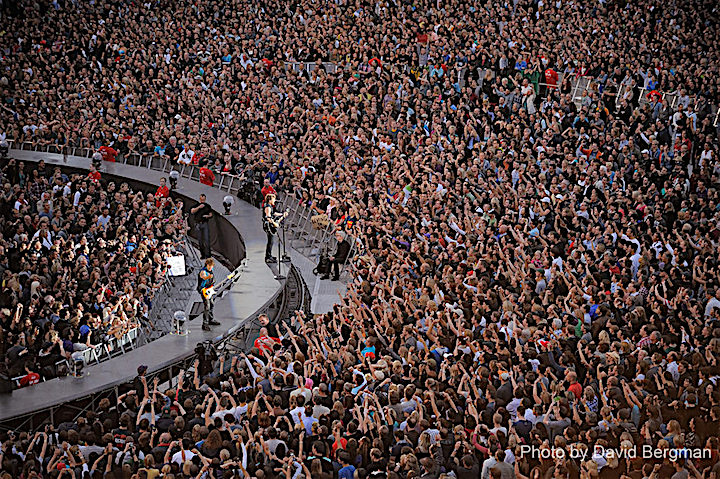 The band takes the stage and we’re off! During the nearly three-hour show (sometimes longer!), I shoot everything. I make tight photos of each band member and wide shots of the group. I shoot on stage, I trigger my remote camera when it looks like it might make something great, and I’ll occasionally go to the top of the stadium to look down on the massive crowd. 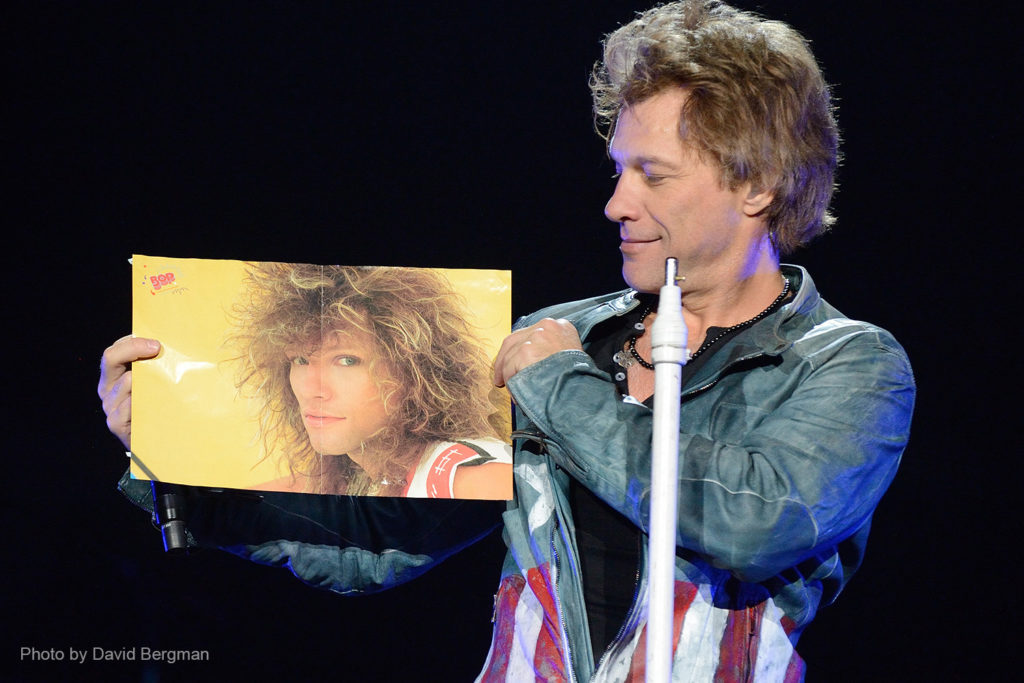 If anything unique happens, I try to capture it. One night, a fan in the front had an old photo of Jon from the ’80s. Jon brought it on stage and jokingly chastised her by saying, “I don’t carry around your old baby photos!” The next day, everyone will talk about that moment, and I want to make sure they can re-live it through my photos.

The band says, “Thank you, goodnight!” and walks off the back of the stage. I have to be right there—not only to photograph them coming off, but also because we’ll walk right to the cars that are parked behind the stage and immediately leave the venue with the police escort.

I run upstairs, drop my gear, take a quick shower, and put on nice clothes so I don’t look like I just covered a hot, sweaty show. Back downstairs with one body and a wide lens and strobe, I join the band for a post-show meal. While the band is there, I’m still “on the clock” and always looking for images to be made. 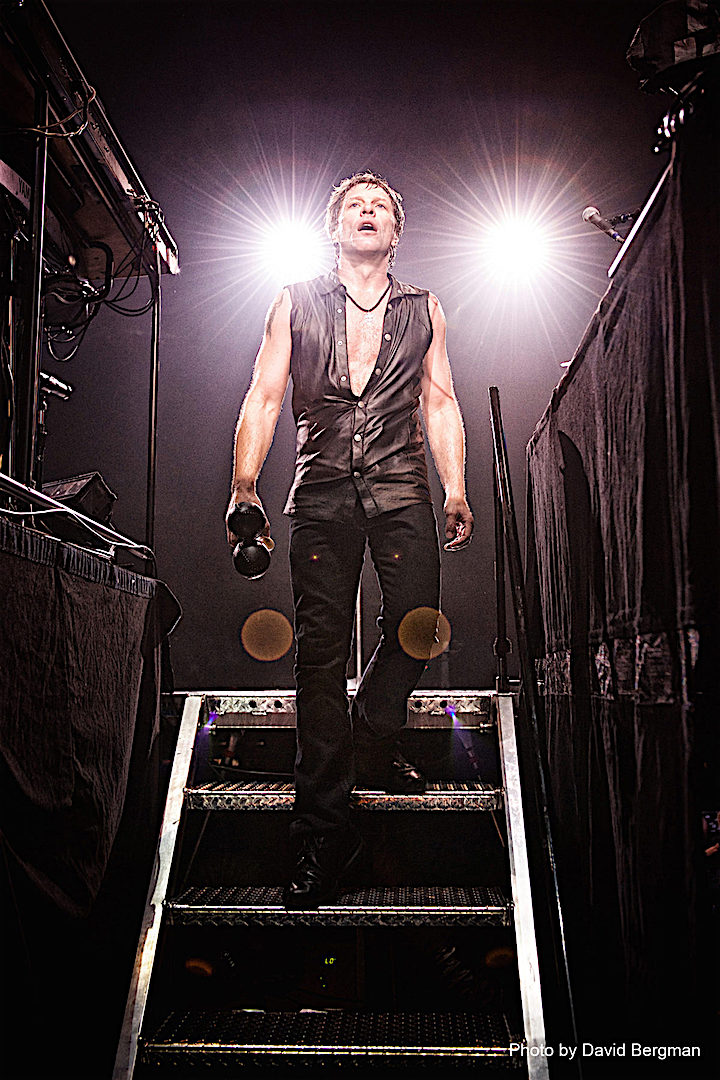 The band has gone to bed, and now my editing can begin. I shoot a concert like a sporting event, which means I use the motor drive very heavily. It’s not uncommon for me to have 4,000 RAW frames from a show, including 1,500 from the remote.

I use Photo Mechanic and edit in multiple passes. The first time through, I look for anything decent. Good action, sharp focus, interesting light, etc. I’m not being too picky. I move those into another folder and repeat the process. Maybe I’m down to 300 frames. I go through a second time and get it down to 40 or 50.

This entire process might take me three or four hours—especially since I tend to doze off while editing. I often fall asleep with my finger on the forward arrow and wake up 10 seconds later when 500 frames have passed. I do my best to finish the edit before I can’t keep my eyes open any longer and then finally go to sleep.

In a few hours, I’ll wake up and do it all over again. 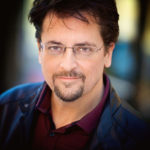 David Bergman is a Red River Pro and a Canon Explorer of Light. He’s based in New York and and specializes in music, portrait and sports photography. From 2010 until recently, he was the official tour photographer for Bon Jovi, documenting the band on stage and on the road in more than 30 countries on six continents.

He has 13 Sports Illustrated covers to his credit and has photographed numerous Olympics, World Series, Super Bowls, and NBA and NCAA championships. Check out his Two Minute Tips and also visit his website.

For a unique opportunity to learn about concert photography, you can shoot a real show alongside David at a big arena concert in various cities around the US. Limited spots for this workshop are available at “Shoot From the Pit”