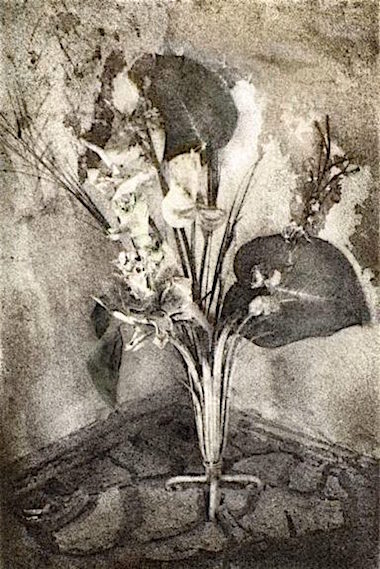 On the last day of January, 2014, a small, brown package arrived at the home of Jill Skupin Burkholder, a photo/artist who lives in Palenville, NY, a tiny hamlet nestled at the base of the Catskill mountains.

Inside the package rested a highly sophisticated HCO ScoutGuard trail camera, capable of capturing night photographs of wildlife and then transmitting them to a remote iPhone for instant viewing. The images were also saved to a memory card in the camera at a higher resolution–about five megapixels.

Jill, and her husband Dan, unwrapped the camera and got to work, testing it with their family pets and, yes, it worked just fine. Then, they ventured into the woods and set the camera up at its first site. It was the beginning of a project called “Hidden Worlds.”

AHB: You’ve been a renowned photographer/artist for more than 30 years. Your work sells for thousands, has been exhibited internationally and is the permanent collections of prominent museums. How did you come up with this idea? I’d think that photographing critters in the woods would be an unexpected move for you.

JSB: It’s good for artists to get out of their comfort zone now and then. The initial inspiration for this project came when I discovered an app that was being used in England to track endangered species. Trail cameras were set in different corners of the world that fed images through this app, bringing instant awareness and connection. I knew immediately that I wanted to observe my own surroundings. 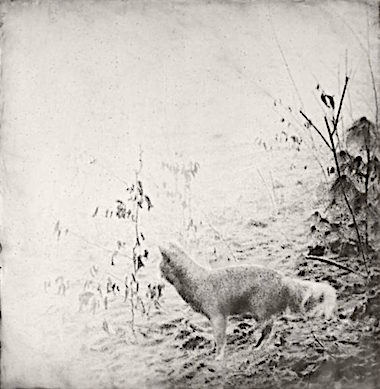 AHB: So you applied for a grant to do this?

JSB: Yes. And once it came through, I began to work with hunters, hikers and outdoor enthusiasts who had knowledge of the where various animals were in the Catskills. The trail camera images were shared on a Facebook Page called Hidden Catskills and it chronicled everything from unpacking my new trail camera to the finished exhibition of encaustic panels hanging on the wall.

AHB: The encaustic process coats artwork with wax. How do you use it?

JSB: After all the computer editing is complete, the image is printed on Red River’s Polar Matte paper which I then attach to a wooden birch panel– though that’s just my way of displaying it and not part of the process. The image is enhanced with charcoal and any other artistic materials such as pastels and graphite. Hot encaustic medium, beeswax, is layered onto the surface and fused with a heat gun. More layers of wax are added until the piece has the finished look. 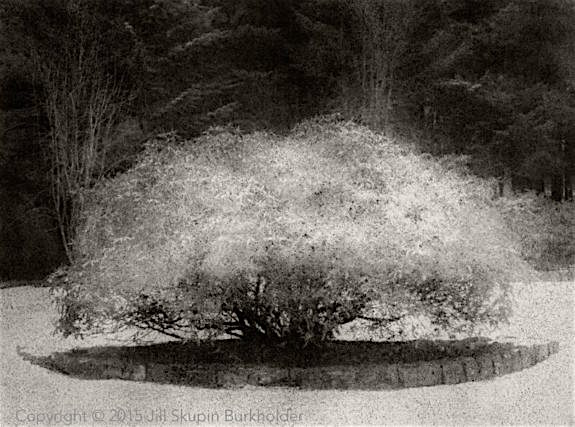 AHB: What materials do you use for this process?

JSB: When working with hot wax you need an electric skillet and a heat gun. You do not need a darkroom, but you do need good ventilation. Encaustic techniques are a kind of image interpretation or enhancement that can be done on any tabletop.

AHB: Why have you chosen to use Red River paper for your work?

JSB: Because most inkjet fine art papers will not accept hot wax properly. If an inkjet paper resists the wax, the final art piece will be unstable and flawed. Red River paper is the first one I found that delivered consistent results.

AHB: Moving on, how did you get involved with photography?

JSB: My family always had a camera available for anyone to use. It was kept in a low drawer in the kitchen and my sister and three brothers were invited to take it out and use it. This led to interesting photos from a kid’s perspective– like dressing up our youngest brother like a giant. 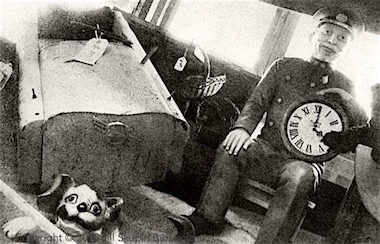 JSB: I didn’t consider photography to be a potential career but simply an imaginative activity that could alter daily life. Not until I was in my 30s did I see photographic work that influenced me. Holly Roberts was the first photographer that used painting heavily in her work. This showed me that it was possible to go well beyond the reality-based depiction and make photography that included a second layer of meaning. 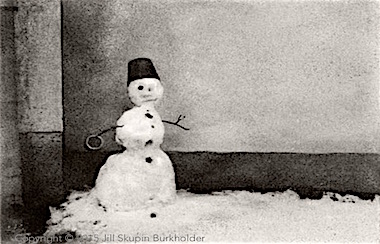 AHB: And after that epiphany?

JSB: I began attending classes through the community college system in Dallas, Texas. After taking all the basic photo classes, I took a course in Alternative Photography Techniques that excited me.

AHB: In what way?

JSB: I became aware of Dan Burkholder’s early techniques to make digital negatives that could combine digital shooting with classic techniques. I began working with digital negatives and printing with the bromoil process, an early process that begins with a silver gelatin print, bleaches it and takes it through a series of  inkings using brushes and lithographic ink.

AHB: Which led, I assume to an interest in the encaustic process?

JSB: Yes. I took my first encaustic class in 2008 and quickly discovered there was a lack of information about how to combine wax and photography. The process offered endless possibilities from a painter’s perspective but no one seemed to exalt the photographic image. The materials were so inviting and offered such seductive image enhancement possibilities that I began to explore the process on my own. 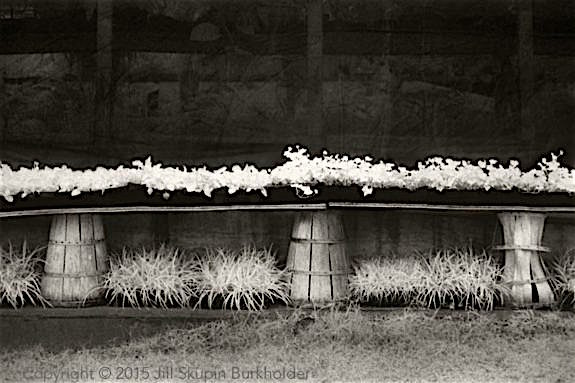 AHB: We can’t show what the end result looks on a two-dimensional computer screen so can you try to describe it?

JSB: Well, the surface of an encaustic piece has an almost “skin-like” quality that is captivating. As more layers are added, the details become subtle and the translucent nature gives a dreamlike quality to the image. Encaustic methods are excellent for building mixed media pieces and layering images.

AHB: What kinds of imaging manipulations do you do prior to applying the wax?

JSB: On the trail camera work, often the image is inverted to a negative version of itself and the composition might be altered by removing distractions or cropping. Then each image is hand-worked and interpreted to evoke the form of an apparition to give it an other-worldly look.

AHB: As if it were occurring in a parallel universe?

JSB: Well, scientists speak of parallel universes that exist in other dimensions but I see a closer, more accessible secret world. These “photo texts” from the animals are triggered by chance, creating random, intimate compositions, uniting the world of the seen with the unseen. We become joined for an instant through the mystical window of technology. 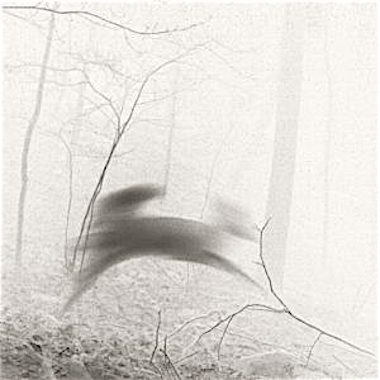 AHB: Speaking of technology, how do you feel about the combination of photography and traditional art?

JSB: Photography is the perfect expression of capturing reality, but seeing it in an artistic way. I think of my work as visual poetry, taking building blocks from normal life and reworking them to form ideas and new ways of thinking about the subjects.

AHB: We usually end with some advice to aspiring photographers or artists. Yours?

JSB: Be willing to play with your images and let your own message come through. After many hours of creatively entertaining yourself, you’ll notice what you want to communicate with your personal work.

Visit Jill’s website to see more of her work.