Here comes the sun…and Solarcan’s ready to grab it! 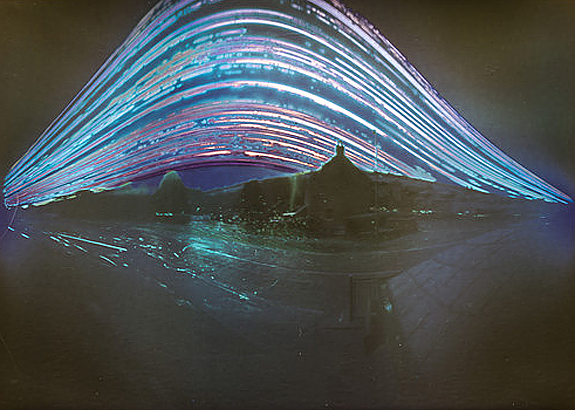 Many strange-looking cameras have been produced but Solarcan may be the weirdest, yet. And, certainly, what it’s made to do gives it a leg up on all the others. 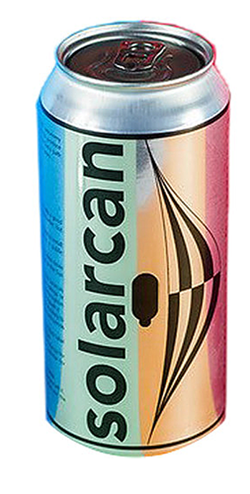 Basically, it’s a pinhole camera with a twist (curved to be more exact), made to record the transit of the Sun, for a day, a week, a month—even a year or more. The image it produces shows how, as the seasons change, the sun takes a different path across the sky each day.

Now pinhole cameras have been around since the beginning of photography and their unique wide angle images have a funky look that have inspired photographers to make their own out of cans, cereal and cigar boxes, and more. You can even get a pinhole attachment (actually a lens cap with a hole in it) for your film or digital camera.

But Solarcan is unique in that it’s all set up and ready to use—locked and loaded, as the saying goes. First you find a location (the instruction booklet gives suggestions). Then you strap it to something steady (with the included cable ties) or tape it to a windowsill that faces the sun. Finally, pull the trigger a small piece of tape covering the “lens” which is a precision-drilled “pinhole” with an aperture of f-132 (that’s no typo, it’s not f-13.2) and a 160-degree super-wide field of view.

Who would have thought of coming up with a product like this? Sam Cornwell, that’s who, a Scottsman who loves astronomy, art and photography (and probably beer, too) because that’s where he got his idea for Solarcan. It just so happens that a 5×7 sheet of paper fits perfectly inside the cans that are used. So after making a prototype, he started a Kickstarter campaign to raise about £3,000 to get started on production. 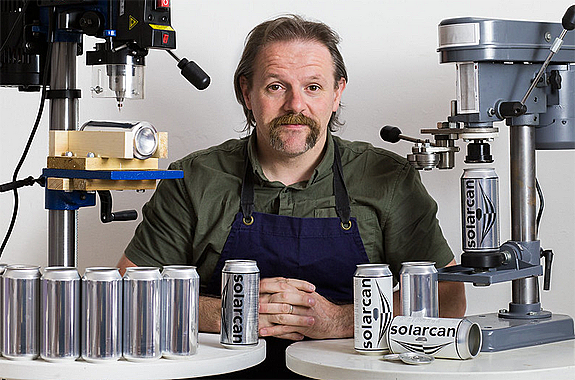 When he raised about 10 times more than that, he knew he was on to something. Several subsequent campaigns raised additional funds so he could commercialize the product to be sold in museum gift shops and elsewhere. One of the “elsewheres” is B&H Photo Video where a 5-pack costs about $100 (split the cost with friends, Sam, says).

Once set up, the Solarcan will capture the Sun’s path as it traverses the sky. Every day the Sun will rise slightly higher or lower depending on the season and create a new path. Over weeks, months or even years, depending on your patience, a beautiful image will begin to form inside the Solarcan which is machine-sealed so  liquid cannot pass through to damage the paper inside 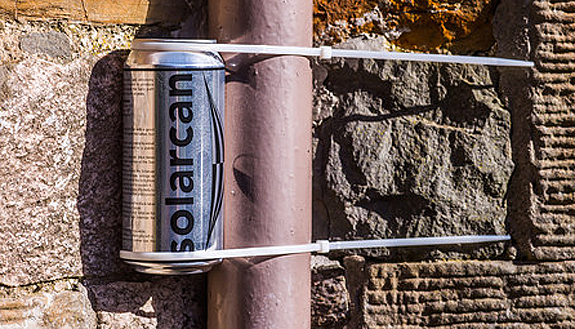 The camera is easily attached to anything solid that doesn’t move.

Since the aperture is so small it takes a lot of light to make an image trail on the pre-loaded 5×7-inch sensitized paper and the Sun does the job perfectly. Depending on where you set it up, you can also get other ghostly features appearing in the image giving it an other-worldly look of a strange and deserted planet. That’s because moving objects that are not intensely bright, won ‘t be there long enough to register on the paper.

Which brings up another interesting point. You don’t need a darkroom or special chemicals to develop the image—it’s ready to go right out of the can. Just use a standard can-opener to get to it, slide it out, and you’ll see the result as a negative image. Then, all you have do then is pop it into a scanner (or shoot a picture of it with your camera or cellphone). 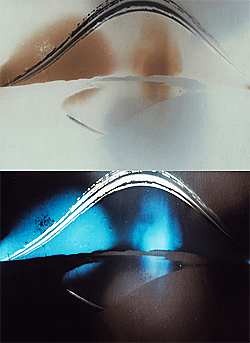 Once it’s been digitized, just pull it up in your imaging program, and use Image>Adjustments>Invert and voila…you’ll have a positive image to which you can then apply all kinds adjustments for interesting colors and effects.

Print it on one of Red River paper’s many surfaces, frame it, and you’ll have a fascinating abstract image that becomes an unusual conversation piece when you invite viewers to speculate on what they’re seeing.

By the way, you can experiment and orient the Solarcam at different angles for interesting results and you may find other bright objects that will record nicely over time—which is probably why you may end up keeping all five cans for yourself.