Pros Tell How To “Get The Photos Others Can’t ->”

When you know in advance that a situation forbids photography, you first need to have a very good reason to flout authority, and then you need to plan how to shoot surreptitiously. This is the serious end of investigative photojournalism, and while you’re not likely to be facing the same challenges as Hazel Thompson, there are plenty of valuable lessons to be learned from her remarkable shoot of kids locked up in adult Philippine prisons. 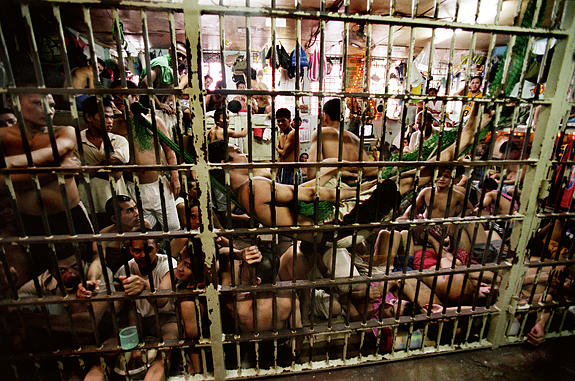 Thompson has documented other global social abuse stories, but this was one of the toughest. It began when an NGO asked for picture research on minors being illegally locked up with adults in prisons around the world, with a view to making a global report to present to the UN.Her research revealed that there were hardly any pictures to offer as evidence, and that’s when and why it was suggested as a subject for a photo story. This led her to the Jubilee Campaign who work in partnership with Father Shay Cullen, who has a team of volunteers who visit prisons in Manila and other cities to act as advocates for children who’ve become stuck in the system.

Thompson decided that the best way to gain access was to go in disguised as a Western social worker and join them on their routine circuits. The challenge was to get a camera past high security. ‘We knew that if I got caught I’d be charged and would likely be imprisoned.’

‘I took my smallest camera, which was a film camera, and broke it down into body and lens, to put at the bottom of a small bag. I added a few makeup items so it just looked like a really girly handbag, but the key turned out to be sanitary towels on top! Another key piece of equipment was a light scarf, because if you’re in a situation you can cover your head or cover the camera, or put [it] over the bag while you’re trying to get something out. I put [the films] in my underwear and bra, as I was told that you don’t usually get body-searched, because often there weren’t any female officers to do that.’ – Hazel Thompson 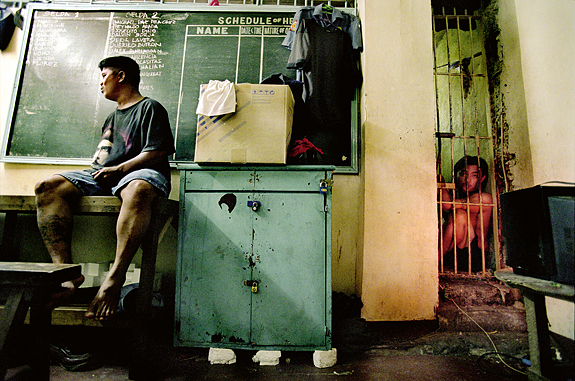 Thompson and the team managed four prisons in Metro Manila in two days. ‘The first prison, Novatus, was incredibly nerve-wracking. Could I get in? Could I sneak in the camera? . . . yes, they looked inside the bag, saw the sanitary towels, and it worked.’  Nothing, however, had prepared Thompson for what she saw inside.

‘There was flooding on the floor . . . It was incredibly noisy, incredibly hot, zero ventilation, and the intense smell of bodies, sweat, sewage . . .It wasn’t a pleasant space. And next the shock of what I was seeing: packed cells on the left and right, cage after cage going up the whole length of the corridor, all packed full. It was a horrific sight, something I wouldn’t expect to see in this day and age, something from medieval times.’ – Hazel Thompson

The shot above [Image 1] was very hard to get, because Thompson and the other aid workers were being escorted all the time by guards. It was one of 10 cells along a corridor.

‘I pretended that I needed to get something from back inside the prison cell . . . I communicated a little with the prison officer there who was distracted and then ignored me. I turned, I decided in advance at which point I would stop — where the most light was — and walked, my hands around the camera under the scarf in my bag. I stopped, took a few frames and walked on again.’ – Hazel Thompson 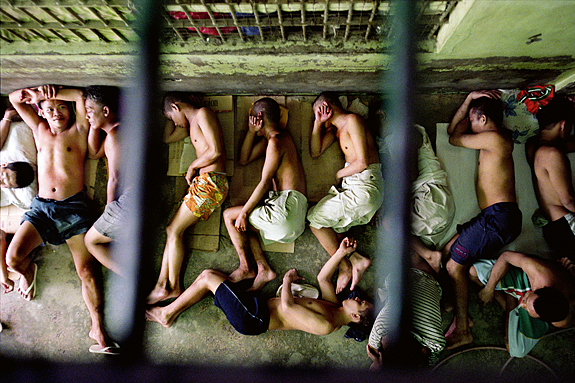 Thompson nearly missed out on her next picture (Image 2), as initially no one realized there was a cell there. ‘We found 13 individuals in that tiny prison cell that day: 11 adults and 2 children. It was shocking. The boy you see at the front was clearly in a bad mental state . . . I was grateful that the light from the television lit up the boy’s face enough to be able to see him clearly.’

The third picture (Image 3) looks down into a concrete cell from the floor above. Getting the camera into position meant Thompson had to lean far over, and at the moment when the aid workers said ‘yes, it’s all clear, you can take the photograph,’ one of them held on to her belt and legs. ‘As I lent with my full weight forward, one of the guys below opened his eyes and that’s the guy on the left looking straight up at me.’

Thompson is at pains to stress that this was all a team effort. ‘I couldn’t, I didn’t, work alone. I had a whole team of social workers and advocates behind me who were passionate for change in their country. If it wasn’t for them willing to take this risk, I wouldn’t have got this evidence.’ 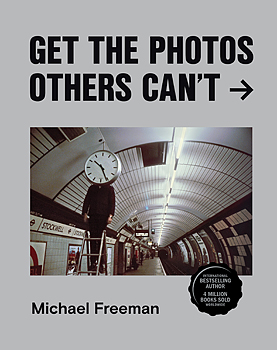 Michael Freeman is a professional photographer and bestselling author whose books about photography have sold millions of copies worldwide. This  book features techniques used by more than 30 top photographers to get the kinds of images that stand out from the rest.

The above is an excerpt from Get The Photos Others Can’t–> by Michael Freeman © 2020. It has been reprinted by permission of the publisher, ilex Press, a division of Octopus Publishing Group, Inc. The list price of the 160-page, hard cover, book is $21.99 and is available at Amazon and other booksellers in hard cover, and e-book versions.

Check out Michael Freeman’s website to see his work and get information about his mentoring services and workshops.