Home » About Photographers » How Photography Helped Save My Life 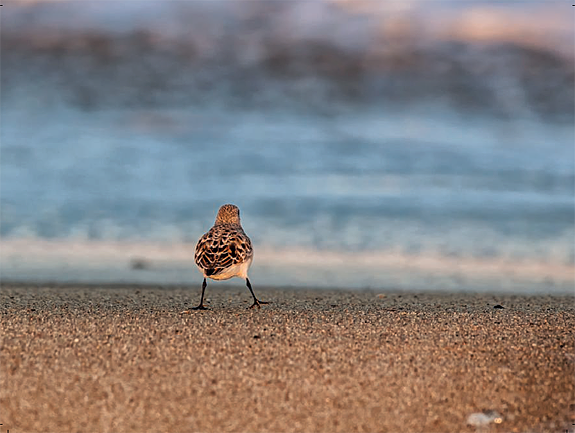 I was arrested in February 2010 in Maine for drunk driving while attempting to drive to Boston to talk to my wife and try to repair the damage from our constant fights. I was the COO at a company in Maine and my wife was living in the city. She was my whole world, and I was losing her. With no other support system I fell apart, with only vodka to hold me together.

When I was arrested a second time, in March, for speeding, The Massachusetts state trooper reached for the quart of vodka clearly visible in the back seat of my car and had no trouble adding the drunk driving violation to my record.

Finally, I was arrested in May after I blacked out from vodka and Xanax. I was fortunate in that I pulled over to the side of the highway, where the State Police knocked on the window of my running car. I woke up and panicked, according to reports, then sped off before coming to a stop. I remember nothing from that night other than waking up in the ER with my wrists numb from the handcuffs.

Three arrests in three months and the life I knew was over. 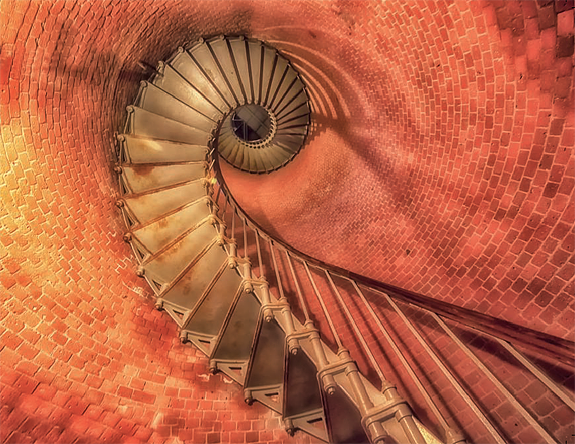 This sequence of events led to my lowest point and sincerest realization: I couldn’t live with alcohol, and couldn’t live without it. I was infected by an incurable disease, an affliction that could possibly kill others. I was facing six months in jail, family devastation, employment issues, no driver’s license, bipolar disorder and alcoholism. The only noble solution seemed to lie in the act of suicide. I believed that to be the truth.

Night after night I stared at the 100 Xanax pills and the quarts of vodka on the shelf. I was a man who had run 15 marathons and ascended to the top position in a company. It took 35 years of gradual escalation in my drinking habit to get me to the point of suicide. As I was ready to commit the final act, my wife discovered me in the kitchen and sent me to a psychiatric institution. 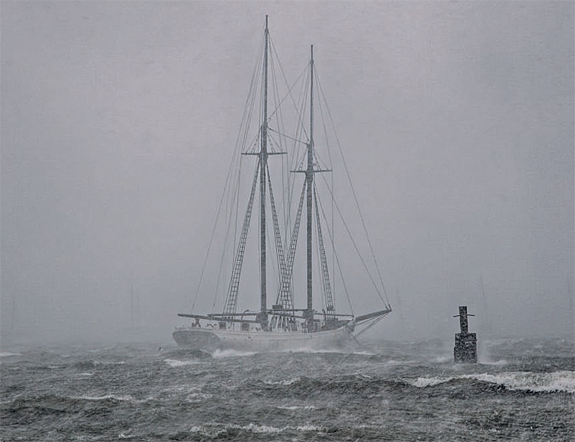 It was there that my savior entered the picture; a physician who had been down my path earlier in his life and who planted a seed, a glimmer of hope that I could make it back. His words gained instant credibility. He was empathetic and caring, and didn’t judge me for the mess I had made. He had faith in me when no one else did, including myself. He saved my job and my life by arranging a three-month rehab stay in Atlanta.

Those three months were life changing and started me back from the bottom. I decided to live by the adage, “Thank you for my struggles, for without them I would have never discovered my strength.” I began to acknowledge that challenges are part of life and growth can’t be achieved in their absence. Then I thought: Could I actually help others by sharing my experience? Was there a way to pry meaning out of the wreckage of a life of devastation? 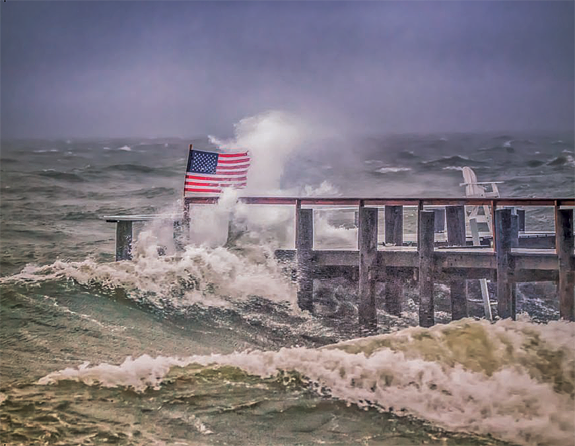 The answers to these questions were never clear until I learned how to take photographs. I picked up a camera out of total happenstance after listening to a professor at a graduation ceremony who challenged the students to find their passion. The odds of becoming a professional photographer were even worse than making it back from rehab and rebuilding my life. I had no apparent artistic side, and after multiple attempts at playing with entry-level cameras, I never understood anything beyond the automatic setting.

So what happened after the speech on passion? I became driven to learn more. I watched video after video while exercising. I practiced night after night before going to bed. I found an immense spiritual joy in nature, in the quiet of the evening– more than I had ever known before. The act of taking and editing photographs produced the dopamine and endorphins for my brain’s pleasure center that could previously be satisfied only by vodka. I felt good and worthy and happy. There is a meditative form of photography known as Miksang, which means “good eye” in Tibetan. It proposes a focus on the moment and a clearing of the mind to take in pure perception, and requires a “soft heart.” When I make it to a location at four in the morning to catch the sunrise, I use the camera and the moment to clear away all the problems of daily life and experience each sense to the fullest.

Capturing the images of those moments becomes an expression of the happiness and serenity I feel in the absence of alcohol. If others feel the same joy in looking at my captures, all the better. But regardless, the creative process will always be a part of my philosophy of taking life “one day at a time” and living in the moment. 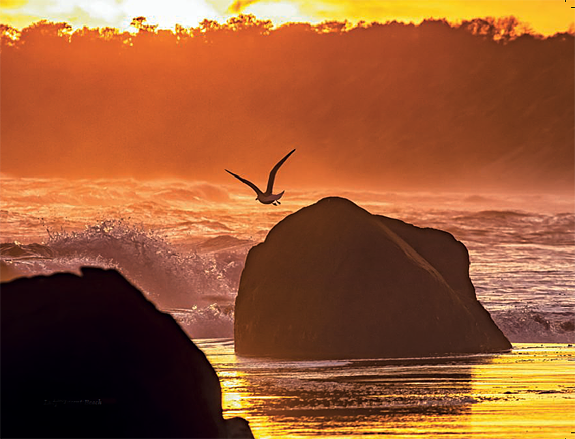 Back at my computer after a photo shoot, I can spend hours attempting to make up for the defects of most camera sensors. I need to recreate the image as I perceived it while at the location. I do not edit photos to enhance their salability or to try to impress people with my photographic abilities; rather, I complete the process of expressing what that moment meant to me.

It is said that jail, mental institutions and graveyards are the inevitable destinations for alcoholics who fail to find recovery. Life spared me these fates (I took my last drink on July 26, 2010) and brought me instead to an empty beach at sunset, camera in hand, feeling a connection to something mysterious and awe-inspiring that words can only grasp at. 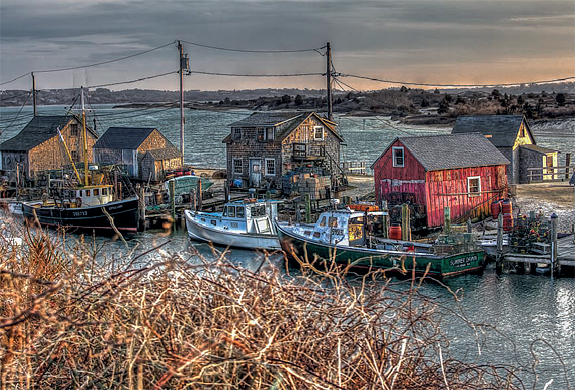 I took photographs almost exclusively on Martha’s Vineyard. The island became my spiritual home, the place I first connected to something larger than myself—and soon became my forum for self-discovery. Daily images and writings provided me an opportunity to better understand who I was and what I was searching for. Photography provided the medium for self-awareness and gave me the courage to engage with the world in the absence of alcohol.

As I looked at life through a sober lens, I began to see the world for the first time. My camera became my transporter to places and people I would have never known. I started chasing light rather than alcohol. I started seeing spiritual energy instead of only darkness. I finally acknowledged that darkness and light are required to make a photograph–and life–beautiful and that an individual’s prior experience changes the way images are perceived and interpreted. 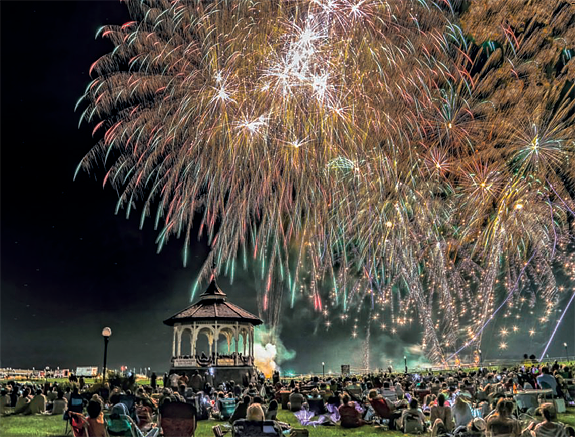 I have often wondered what I would have written with each photograph before I got sober. How would I have interpreted their meaning through an intoxicated lens?

By the grace of God, we will never know. 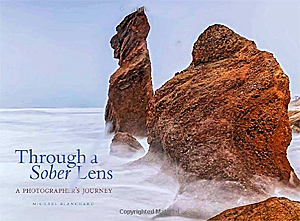 The above article is an abridged and edited excerpt from Through a Sober Lens by Michael Blanchard © 2019. It has been reprinted by permission of the publisher, Genevieve PPress. The  price of the award-winning, 1oo-page, hard cover,book is $14.99 at  Amazon.

Visit Michael’s website to see more of his exquisite images and to order prints.