I have spent the majority of the last ten years in the wild and on the road, travelling in more than a hundred countries. It has been a time of great and rapid global change, and I have been lucky enough to witness many of these changes at first hand and document them in images that preserve these moments in time. For me, every single picture conjures a memory of an individual, a family or a whole community, and the stories that they shared with me.

In 2009, when I was in my final year of service in the Parachute Regiment in the British Army, I decided to buy my first ‘proper’ camera, a Nikon DSLR with a few good lenses. My intention was to learn the intricacies of the art form. I never had any formal photography training though, and most of what I learned came from books, imitation and lots of trial and error. 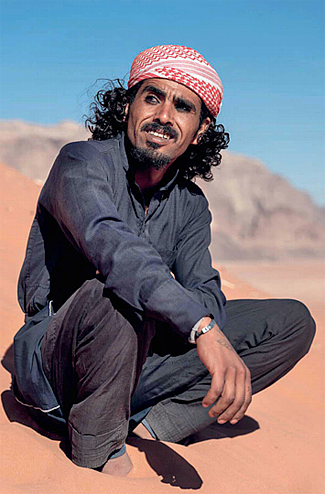 Between 2010 and 2013, I undertook a number of expeditions and assignments around the world. I drove 10,000 miles through 27 countries, from England to Malawi, photographing people across Europe, the Middle East and Africa. I rode on horseback across Northern Afghanistan and climbed mountains in Iraq. I walked across Madagascar, trekked in the Arctic and scaled volcanoes in Patagonia, always learning new skills with my camera.

I took my inspiration from all around: not just the places I was visiting but also people who I looked up to. When I was back home in the UK, I trawled through art galleries, devoured exhibitions and stared at the pages of an enormous stack of coffee-table books that I had collected. I was mesmerized by the work of the great photographers of our time, heroes like Don McCullin, Steve McCurry and Sebastião Salgado, and dreamed of following, however modestly, in their footsteps. 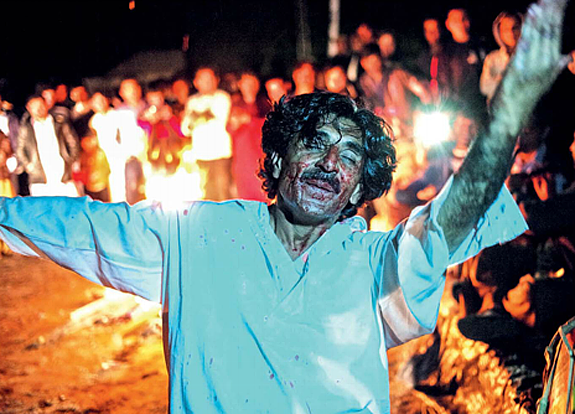 I started to publish some of my images in magazines and guidebooks, and on the side, to make ends meet, I photographed weddings and even took a few family portraits. The hard work paid off, and in the winter of 2013, I was commissioned by Channel 4 [UK Public Service Network] to set off on a tremendous adventure: to walk the length of the River Nile.

It was the big break I’d desperately wanted, and knew I needed, to commit fully to the lifestyle I so craved. So, I spent my savings on a brand-new Leica M240 camera with a single 35mm lens, and, almost a year later, came back with several thousand images from that grand continent. 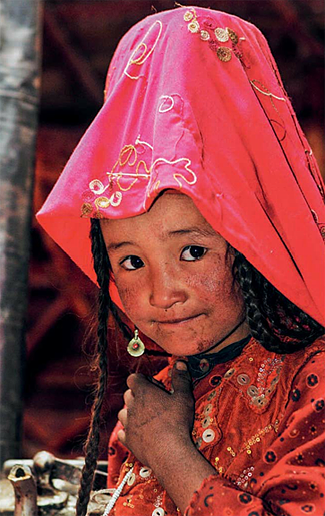 Since 2015, I have embarked on many more long walking journeys, covering the length of the Himalayas, all of Central America, the Caucasus Mountains and most of the Middle East. I’ve undertaken dozens of photography assignments for prominent publications, and to be honest, I still have to pinch myself at how lucky I have been.

Encounters is, necessarily, personal to me and my experiences. I have not attempted to cover the whole world, or even any significant portion of it. Instead, I have simply examined the places and encounters that I have found most fascinating on my travels. This means that some countries are featured more heavily than others, and also, inevitably, that what I share here comes very much from my perspective – a Western perspective, with all the baggage that that entails.

Just as an Afghan or Brazilian photographer might see London or Paris on a drizzly November day as exotic and different, I seek the sublime in places that I consider to be far away, distinctive and remote, because that is what travel is all about: seeking wonder in the unknown, the strange, the unfamiliar and the colourful. 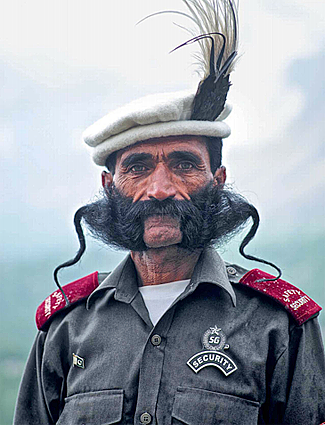 When travelling, I meet individuals and try to document their lives, hopes and aspirations. One story comes to mind: I was in the Syrian capital of Damascus in 2018 and the civil war was in its seventh year. . Every evening I could hear the roar of gunfire, artillery and mortars, as the war seethed on beyond the city walls. But inside the old city, life was bravely carrying on. People were still getting married, restaurants played music and shops were open for business, even if nobody was buying very much.

One afternoon, as the sun filtered through the medieval alleyways, I met a local shopkeeper sipping sweet tea from a chipped mug. We fell into conversation about war and peace and hopes and dreams. I confessed how surprised I was to see Damascus so bustling and alive despite the ongoing conflict.

“We can’t put our lives on hold forever. War is just an interlude,” he said, with a shrug. “One day when it’s over, my family will return, we’ll all be friends and live together.” I was silenced by his stoicism and sense of hope; even in the most brutal of circumstances, he, and most like him, looked beyond the propaganda and beyond the negativity, towards a positive future. 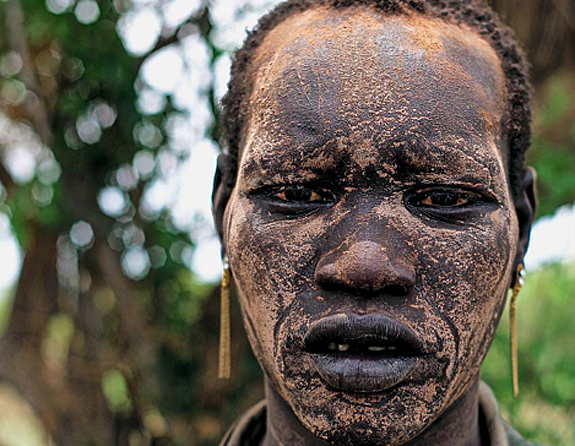 We live in turbulent times, and it seems that news reports are full of despair. We are constantly subjected to an information overload, attached to our phones and forever online. The digital revolution, and the ease with which we can now travel, means that the world seems to be shrinking at rapid speed, and is changing beyond all recognition.

With the outbreak of the global Coronavirus pandemic, the fragility of our existence has been exposed. We appear to be more vulnerable than ever to social disruption and economic meltdown. We are in the grip of a climate emergency, where our planet’s resources are being plundered at a rate never experienced before. 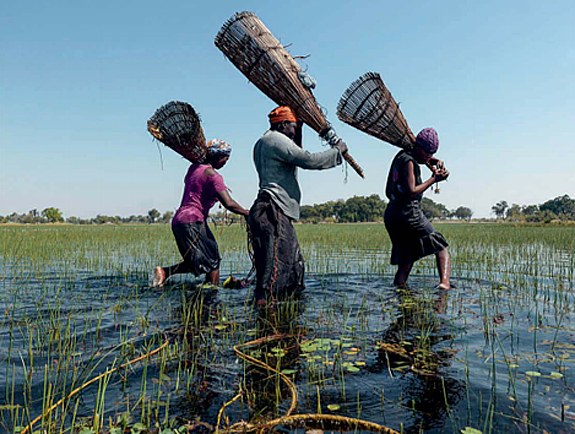 More and more people are abandoning the old ways to live in cities that threaten to eat away at the last remaining wilderness areas. Traditions are forgotten and cultures homogenized. Humans have destroyed vast swathes of the rainforests and polluted the seas, wiping out entire species in the process.

Wars continue to rage, and tribalism has taken over both politics and conflict, as ever-increasing polarization divides communities. Again and again, we are failing to learn lessons from the past, and humankind continues to make the same old mistakes. It would be easy to think that we are staring over the abyss. 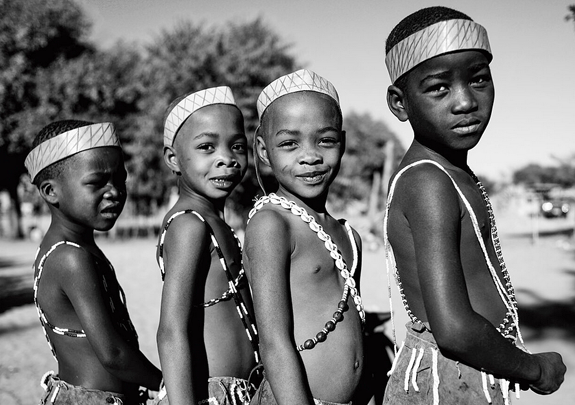 And yet, in spite of the negative coverage and omnipresent fear, there are reasons to be positive. Statistically speaking, humanity has never had it so good. Technological advancements in healthcare, food and infrastructure mean that people live longer, eat better and have access to new and ever-improving medicines. Child mortality across the world has been reduced.

Poverty, although still widespread, is nowhere near as rampant as it was only a generation ago. Education is improving everywhere around the world. There is less violent death, more international cooperation than ever before, and more people, especially young people, recognize the need for urgent action: particularly when it comes to environmental issues and social justice. 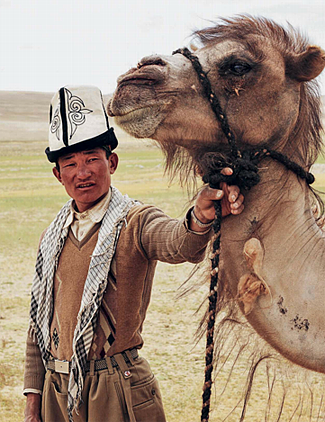 But, as the saying goes, good news doesn’t sell, and so we tend to overlook the advances we have made in the first quarter of the 21st century. That’s not to say that we should ever be complacent: the world is full of challenges that need addressing. But I believe that the human story, the human spirit, and the human capacity to fix these problems has never been greater.

Now, more than ever, it’s important to retain perspective, to seek out a balanced viewpoint and try to understand the ‘ground truth’ without sensationalism, without agenda and without self-absorption. That’s what my images aspire to do: to show the truth of change, in all its complexity.

Wherever possible, I have sought to offer a true reflection of what I experienced, seeing beauty in humanity. The world is full of interesting people, and I have found that most of them are good, kind and hospitable. Everywhere I travelled, people took me in, fed me and looked after me, often in the most unlikely of places and in the most unusual of circumstances.

Encounters is a celebration of exactly that: encounters with strangers. It’s my way of saying “thank you.” 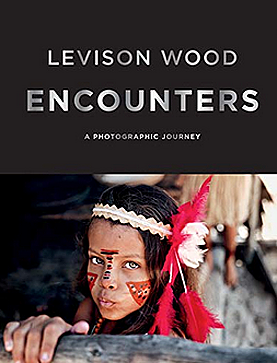 Levison Wood is a world renowned explorer, writer and photographer who has written nine best-selling books and produced five critically acclaimed documentaries which have been aired around the globe. He served  as an Officer in in the British Parachute Regiment, including operational deployment to Afghanistan

The above article is an abridged and edited excerpt from Encounters: A Photographic Journey © 2020. It has been reprinted by permission of the publisher, Ilex Press, a division of Octopus Publishing Group, Inc. The list price of the 224-page, hard cover, book is $40.00 and is available at Amazon  in hard cover ($32.57) and e-book ($3.99) and at other booksellers. All images are captioned in detail.

Get information about purchasing Levison Wood’s prints at his website.