Home » Photography » Shooting Super Images On Your Next Flight–Part 1

Shooting Super Images On Your Next Flight–Part 1 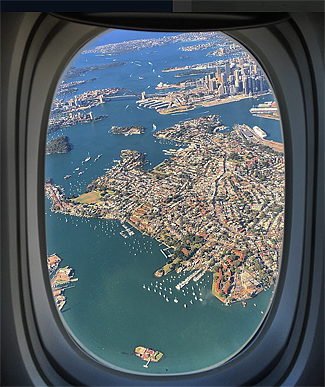 Let’s face it. It’s no fun to fly today. With airlines currently plagued with staff shortages and passengers having to jump through security hoops after arriving three hours early for check-in, only to find their flights cancelled or if lucky enough to get aboard,  having to keep a wary eye open for altercations in the cabin and then finding they can’t even order a drink to calm down, it’s time to start making lemonade from those lemons and there’s no better way to do it than with your camera. Allow me to share my recipe with you.

I’m no stranger when it comes taking pictures from commercial airliners. I’ve flown thousands of air miles to places on all seven continents to and shot my first aerial image of a small Eskimo village above the Arctic Circle lit only by the light of the moon. Those were in the days of cameras that used film had no controls other than shutter speed, aperture and focus. The fact that I was able to nail that first image was like  throwing a Hail Mary  pass to win the Super Bowl. (See Resources below.)

The sky, like the sea, is a wondrous place to photographically explore. You have, of course, the changing landmasses below: flat plains, high mountains, unusual rock formations, little villages and large cities at various times of day and night and a myriad of clod formations in the sky. All you need to capture them is a camera and a window seat that’s not over the wing of the aircraft. 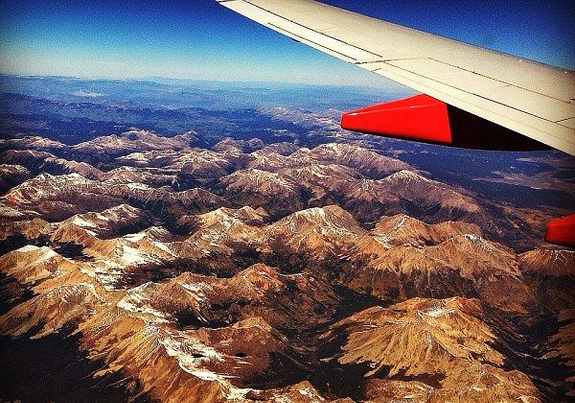 Try to get a window seat that’s either forward of the wing or toward the back of the plane. You can check out two websites (See Resources below) that will show you where every seat on most commercial aircraft is located so you can chose accordingly when making a seat reservation.As to which side to sit on, that will depend on where the sun will be for most of your flight. If possible, you don’t want to shoot into the sun, though that’s not a hard and fast rule.

But the main reason is that airplane windows usually consist of three layers of Plexiglass-type material and they are usually somewhat grungy on the outside layer. The inside layer is also bound to be full of grease marks and fingerprints left by other passengers and miscellaneous crud (including dried snot and spittle  from kids who may have been pressing their faces against the window).

If you try to shoot through them against the sun, you may pick up these artifacts; in some cases the camera, if set on Autofocus may try to focus on them and continually hunt never achieving focus at all. To eliminate this problem bring some cleaning materials with you to get the inside window as clear as possible. 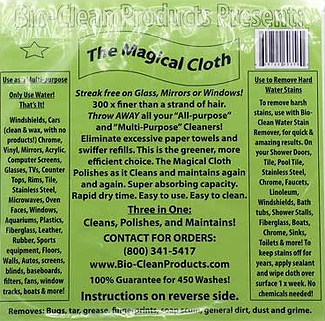 No fuss, no mess, just add a little water and your window will be so spotless, you’ll probably get a job offer from the airline.

NEVER use Windex or other cleaners that have alcohol, ammonia or other aromatic chemicals; they may actually cloud the window. In fact you probably won’t be allowed to bring  spray products aboard anyway, so get a two-pack of Bio-Clean Magic Cloths (about $15) and you’ll be set — each can be reused up to 450 times and they only require a an ounce or so  of water to do their magic. Security will allow you to bring up to 3.4 ounces of water  aboard in a bottle if it’s in a 1-quart re-sealable plastic bag. You can get empty 3-ounce  medicine bottles at any drug store, usually free. (See Resources below.)

You may want to know what flight path your plane is going to take so you can pick an appropriate side of the aircraft to sit. You’ll then know where the sun will be, so attractions you may want to capture will be visible to you. Now if this is your first serious try at window seat photography, don’t get too hung up on this; it’s tough enough to reserve window seats today, let alone choosing their exact location; however “never over the wing” is paramount. There are several websites, that will show you the flight path your plane may be taking. I say “may” because it can always be altered the day you fly due to weather conditions. Generally, though, it will be pretty close and can give you an idea of where the sun will be. (See Resources below.) 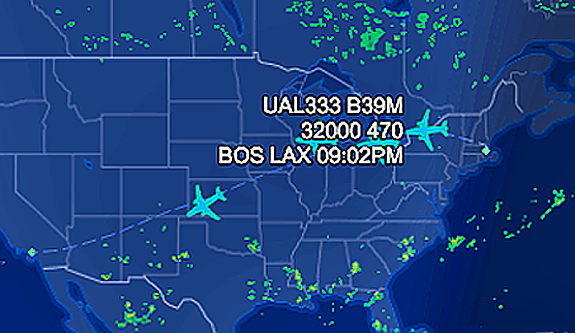 Tracking a flight from Boston to LA. Image Courtesy FlightAware

Now that you’ve boarded and have settled in your window seat you can begin to clean the window. Ignore the weird stares from other passengers next to you, but as you see the junk accumulating on your wiping pad, you might wave it at them. When you’ve finished, turn off your camera’s shutter sound effect which might be annoying to some of your fellow flyers.

Next, let’s get to the nitty-gritty of how you’re going to shoot your images. You don’t need any special camera, the one you have will do just fine. Just bring along an extra camera battery and memory card because once you get going, you may shoot more images than you originally planned and it’s really hell to run out of battery power and memory when the best shots may be still ahead. I’d also advise not shoot in RAW mode (unless you’re used to doing so) because that will fill a memory card faster than you can say “Jack Robinson.” For your initial foray into window seat shooting, JPEG will be just fine.

In Part 2 (which will be posted nest week), w’ell get into the settings on your camera that will let you to get perfect images every time.

My first aerial shot through the window of an airliner many years ago.

An excellent, inexpensive cleaning cloth for all all surfaces including plastic and plexiglass aircraft windows, available at Amazon.

You can track the route of your flight here but it takes some navigating at the site.

Both Seatguru and Seatlink will show you seat configurations for almost any commercial aircraft.