Ansel Adams once said: “A photograph is usually looked at – seldom looked into.” But when inkjet printers began to output serious works of art, “looked into” took on a whole new meaning, for who knew how long those images would last? A small industry emerged to predict the future by looking into the many factors that could affect print longevity.

Now to avoid confusion, the emphasis in this article is on predicting noticeable print fading due to exposure to light. Other factors such as humidity, ozone level and airborne contaminants can also play a role, but long term exposure to light is usually the greatest culprit and of most concern to artists and photographers whose tout their work as “archival.”

New ink and paper formulations and combinations have increased inkjet photo longevity considerably; no longer do “fugitive” inks make a quick escape with your precious images. In fact, some inkjet prints may now last longer than their conventional counterparts, even when subjected to less-than-perfect conditions.

Labs that do accelerated lightfastness tests, such as Wilhelm Imaging Research and  the Image Permanence Institute (IPI) at the Rochester Institute of Technology  have been humming as inkjet manufacturers and third party suppliers line up to have the fade rate of their latest ink and paper offerings tested and validated. 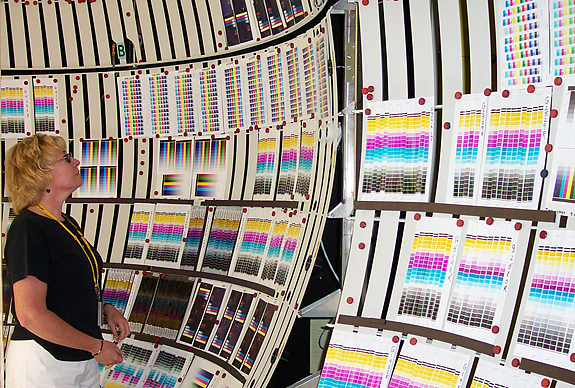 But are those results really accurate predictors of longevity? For example, let’s say a testing lab exposes an ink and paper combination to ten times the light it would normally receive when displayed for 12 months in an average home. If it’s still looking good in the lab after a year does that mean it won’t fade for at least ten years when you hang it on your living room wall? Unfortunately, there’s no way to tell for sure unless you can wait around for a decade.

Dr. Douglas Bugner, a distinguished photomaterials research scientist who heads a Kodak R&D testing facility, says some inks and papers react quite differently to relatively short testing periods under strong light than they do under longer, real-world, weaker light conditions– a phenomenon called reciprocity failure. He explains: “Prints made with some ink and paper combinations will fade faster under the lower light conditions in your home than are predicted by using only high-intensity, highly accelerated, laboratory tests.”

Mark McCormick-Goodhart, Director of Aardenburg Imaging & Archives, emphasizes that time alone doesn’t describe an image’s accumulated exposure to light and that an estimate of the average illumination level an image is subjected to over time is needed in order to evaluate its fade potential. His organization predicts longevity and reports its findings in Megalux (millions of) light hours because, he says, Megalux hours are the technically correct way to rate the light fade resistance of paintings, prints, and photographs.

He goes on to explain that, light fastness ratings expressed merely as ‘years on display’ thus tell an incomplete and misleading story because the range of light levels encountered in real world indoor environments is too great to assign one value for a ‘one-size-fits-all’ display life prediction.”

If you’re not familiar with the term Lux, it is a unit of measurement that tells how much light is falling on an object. The brighter the light, the higher the lux. If you want to get an idea of how much light (in lux) is falling on a wall in your home where artwork is hung, you can use your camera along with the instructions at the end of this article to find those lux values. 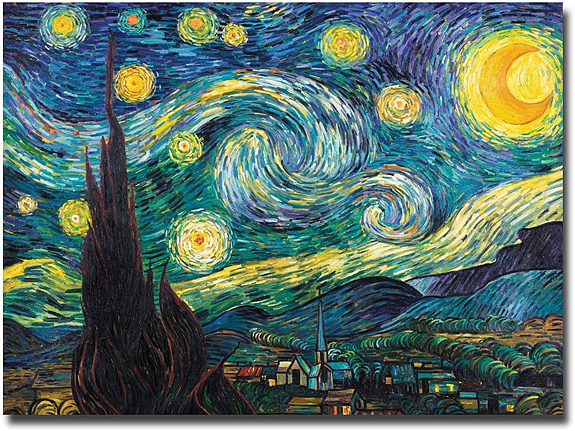 In 2019, McCormack-Goodhart, used, as an example, Vincent Van Gogh’s Starry Night (created in 1879) which was acquired by the Museum of Modern Art (MOMA) in 1941. “Let’s assume,” he says, “ a 50 lux illumination level on the painting, a value often recommended by museum conservators for the safe viewing of artwork on display.”

He then poses the question of what if Starry Night were displayed in a brighter interior where light levels could easily reach 2,000 lux for several hours a day, a 40% greater light intensity than the museum uses. He admits it might make for a great viewing experience, but the painting would then reach the same 9.73 Megalux hours in only 1.95 years on display compared to 78 years at lower light levels.

McCormack-Goodhart points out that if illumination on Starry Night were hypothetically increased to 2,000 lux for as much time as the painting has already been on display at MOMA  it will have have received a whopping 389 Megalux hours of additional light exposure, far more than enough to cause severe fading in paintings, as well as prints and photographs.

He goes on to say that although “we don’t know how much fading has already occurred to Starry Night, its beauty is still greatly admired today. Thus, in today’s market where artists often use the term ‘archival’ to help sell their work, Van Gogh could have claimed a “130 years” light fastness rating for his painting of Starry Night, and time has now proved him right.” 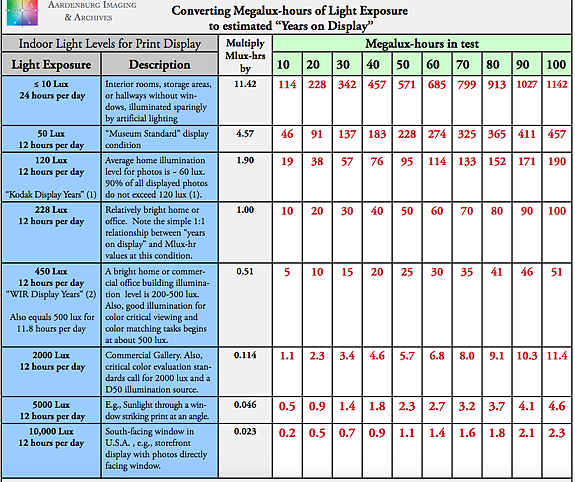 Table to convert Megalux hours to Years on Display. For a larger version of this chart, see Resources, below.

McCormack-Goodhart advises to be wary about predictions of print longevity: “Light intensity during display, not just time on display, is the ‘elephant in the room’ when it comes to protecting paintings, prints, and photographs from fading and discoloration, and an essential quantifier in the science of light fading.”

The quest for archival inkjet photo quality continues– with inks and papers becoming more stable and technology discovering new ways to extend their life spans. But there’s a down side, too. With prints that may last a hundred years or more, just think of how many bad images will be hanging around into the next century— and beyond!

Measuring Lux With Your Camera

Lux is a unit of measurement that tells how much light is falling on an object. The brighter the light, the higher the lux. If you want to get an idea of how much light (in lux) is falling on a wall in your home here’s a formula you can use to come up with an approximate value. To use this method, you must know what exposure your camera is shooting at.

If you want to go further, you can take a reading every hour and add them up. Then divide them by 24 for the average lux level per hour for a day. If it’s nighttime and the lights are off, just put down a zero for those hours.

For a larger version of the Megalux to Years conversion chart, go here and scroll down.