We love to hear about and see how Red River Paper products are used, and especially enjoy being able to participate.  So when Matt Rahner from the University of Missouri told us about his latest curated exhibit we were happy to help.

The Telephone Show exhibit runs from October 30 to November 7 2014 at Craft Studio in Colombia Missouri and features the work of 17 photographers.  The exhibit consists of 16×20 prints on 75lb. Arctic Polar Luster from an Epson 9880.  Arctic Polar Luster features a bright bold white tone and deep luster texture. 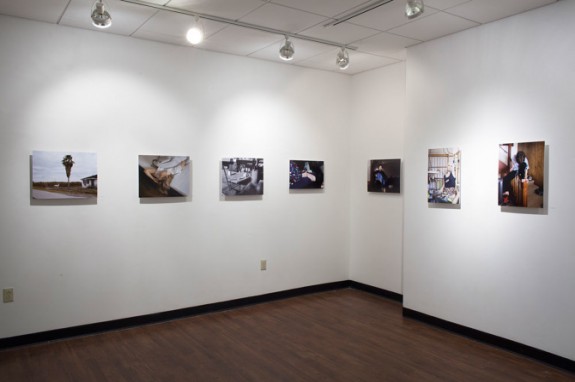 More about the exhibit from Matt:

During a game of telephone whispers can be misunderstood, and the original meaning lost. For this exhibition, the participating photographers had to decode the photographic image, and tease meaning out of it. The final sequence maintains coherence, despite changes in visual language.

The resulting exhibition is a study in the relationships between photographs, and the meanings derived from playing images off of one another.