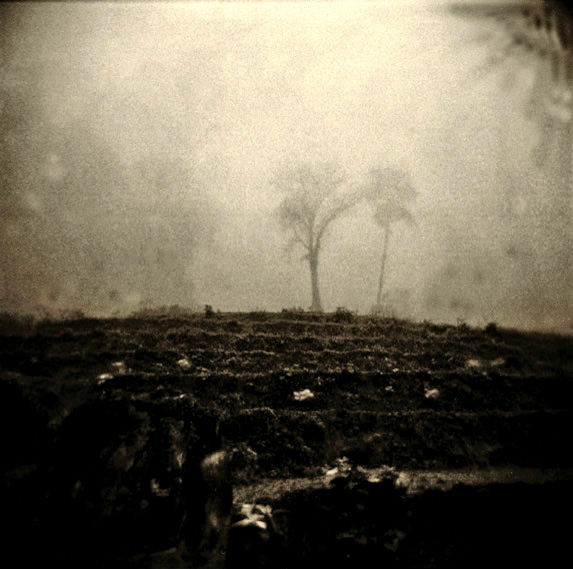 In 1966, Richard Baker aimed his M-16 at the Vietnamese; today he uses an arsenal of analog cameras to shoot them. His goal is to photograph all 54 ethnic tribes in the country where he was once sent to fight.

Now 68, the twice-wounded Army veteran has been back to Vietnam about 15 times since the war ended; he jokes that he’s done more tours of duty there than any other soldier. Capturing images on pin-hole and panoramic Holga cameras and on a Nikkormat with a pin-hole lens, he strives for a certain look and feeling.

“In ancient lands I believe in the look of ancient cameras and techniques,” he says. Most of his images are dream-like; some so mesmerizing they compel you to look at them until they choose to break the spell. 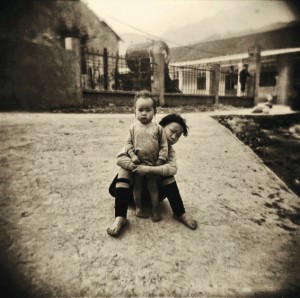 But there’s another Richard Baker: the post-war photographer who became enthralled with boxing and whose love of the sport lured him to ringside where he began to shoot action images at slow shutter speeds as blood, sweat and spit flew through the air. The two Richard Bakers coexist quite well.

“I give free prints to fighters because they can’t afford to buy them,” he says. “I am sort of a charity I guess.  And I often use the money from the prints I’ve sold at shows for orphanages in Vietnam.”

Returning from his most recent trip to Southeast Asia in August, Baker recalls: “I took my grandson and five of his friends who had raised money to buy the orphanage a supply of ducks because the kids get very little protein. We also took the kids on a swimming adventure and bought them a year’s supply of school books and supplies.”

Baker has made hundreds of boxing prints on Red River’s San Gabriel SemiGloss Fiber paper because, he says, “it shows the beauty of boxing better than any other paper I’ve ever used. The paper has a refined sheen and subtle texture that makes my fighters look as if they were painted by classical artists.” 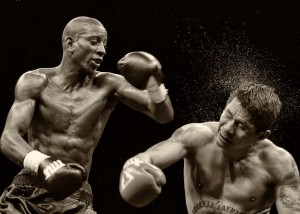 He recalls how his usual shooting techniques were challenged when he realized that, except for televised bouts, lighting was always going to be a problem. But then he realized it could be turned into an advantage– to get the kinds of shots he envisioned.

“There are decent boxing photographers who think a totally still action picture is the best kind. I seldom shoot faster than 1/250 and sometimes even 1/30 or slower. I think it is ridiculous to take an action shot that shows no action. How does that kind of action shot differ from one staged by two people standing still with their arms out? I want to see motion – faces, gloves, some body part slightly blurred.” 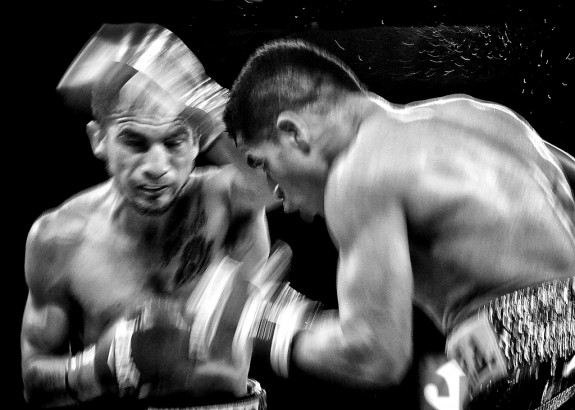 He says that this is where knowing the sport comes in handy. “If you want a fairly sharp picture and can only use a slow shutter speed, snap the shutter at the peak of action, such as at the end of a punch where the glove comes to a complete stop before being withdrawn– the same way you might shoot a jumper in the air when he stops before coming down.” 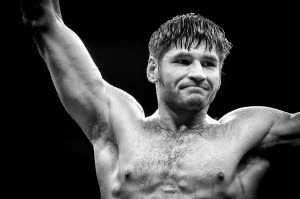 Baker has also found it handy to know the local customs on his photographic odyssey to capture the lifestyles of Vietnam’s many tribal peoples. 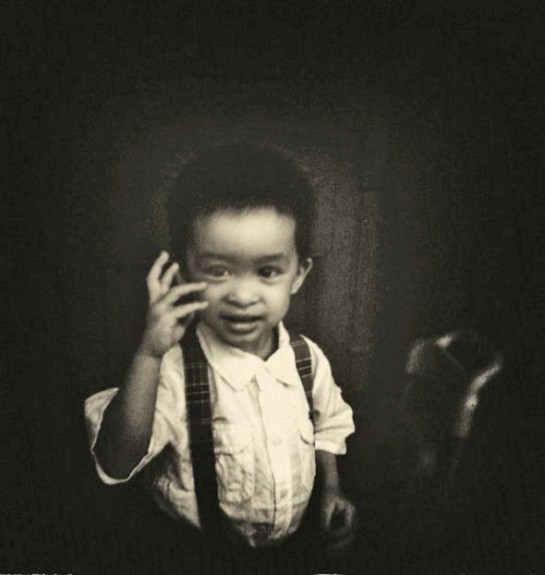 “I have photographed about 30 tribes so far,” he says. “I should have done a lot more but I just can’t take pictures and walk off. I always spend time with them, sometimes helping them harvest crops, or learning about various carving and farming techniques. My biggest problem is that I don’t drink so they are often disappointed because they do –and a lot– so I must spend time to overcome that cultural insult and show I’m okay anyway.”

And okay, he is. Aside from his considerable photographic abilities, Baker has won awards for his literary and teaching skills and is an accomplished enough musician to have played trumpet with Woody Herman, Mel Tormé, Buddy Rich, and other pros. He’s way too modest when he says: “I still play at Minh’s Jazz Club when I’m in Hanoi and although I play badly they don’t care as long as we are having fun.” 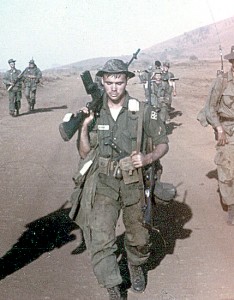 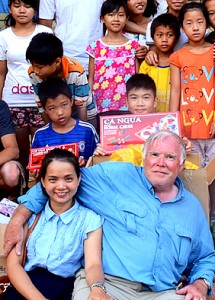 Richard Baker, 68, at the orphanage he helps support in Vietnam, 2015.

Baker never forgets the cruelty of the Vietnam War and, like many vets who served there, has conflicts from time to time about the role he played. But during his years of healing, he developed a love for his former enemies, a desire to help their kids and a compulsion to photograph their way of life.

If you wish to donate to the orphanage in Vietnam that Richard helps to support, contact him.