Back to Basics: Photographing Events 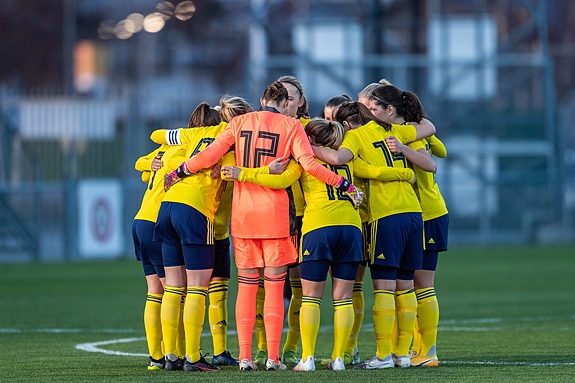 Winter has officially ended, opening the door for for a plethora of of events that are going to take place this spring, summer and fall— all of which  have the potential for great images. Holiday parades, musical performances, sports events, rodeos and, of course, graduations, birthday parties and weddings just to name a few.

Events provide great photographic opportunities, but because they usually move at their own pace, the photographer has to work harder to capture them, always keeping in mind the shots that are needed to tell the story. If you’ve ever taken pictures at a sports match-up, a sip-and-see baby shower, a graduation or birthday party, you’ve photographed an event. 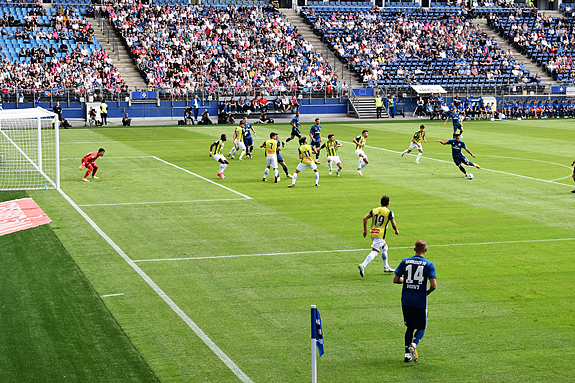 This may look like just another soccer game, but there’s a lot of photographic gold here. You just have to know where to look for it. Image by Waldmar Brandt.

Yet, in looking over your event photo results, chances are many  are disappointing. That’s because you probably let the action overwhelm you; in some cases there may even be shots you forgot to take. Here are some tips to make your next event a photographic success. (I’ve used some shots from a variety of soccer games as examples but they apply to most any event.)

First, get into the mindset that while you may be a participant in the event, you are also there to record it. That doesn’t mean you can’t have a good time, it, but you are also there to visually “write” about it so people who look at your images of the event can feel as if they were there. If getting a good shot means sitting on the floor in the middle of the action, do it. If it means standing on a chair to get a unique angle, do it. 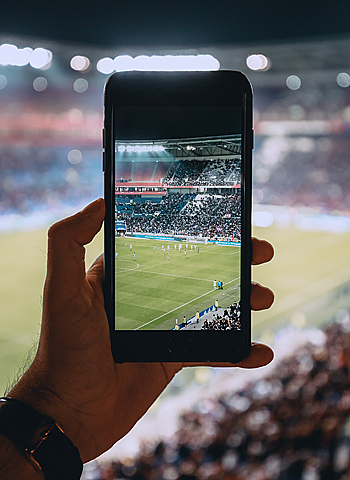 A  unique shot to establish the venue. Image by Thomas Serer.

Don’t forget to shoot some overall shots to establish the scene, but don’t waste too much time on them. Instead, spend more on isolating details and people. Many timid photographers use telephoto lenses to keep their distance but those photos won’t have the impact of shots taken in the middle of the action.

For example, if a group of people are dancing, move toward them, not away from them. Set your lens to the widest angle of view and jump right into what’s going on. Try different shutter speeds to get some unique blurring effects.

I remember shooting some images at a dance party while I  was on the floor on my back  with my camera pointed up as the dancers swirled around me.  Yes, it was a bit risky because my subjects  were having such a good time they hardly noticed me. So I kept one eye glued to the viewfinder and the other one open in case I had to scramble out of the way. As it turned out, they just merrily danced around me. When shooting events,unusual angles can yield  dynamite images; don’t shoot everything at eye level.

Finally, don’t hesitate to direct your subjects. Take command! Imagine  you’re  the director on a movie set and can call the shots. When you take control, most people will follow your suggestions and, as long as you do it courteously, you’ve nothing to worry about. Many iconic images of people were “directed” by photographers. 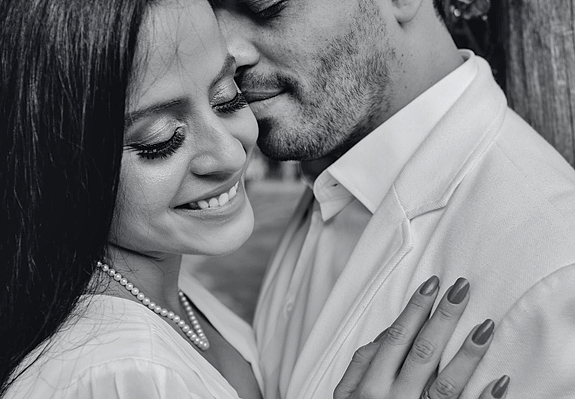 Romantic images abound at some events but most are fleeting. If you see one with potential, don’t hesitate to ask: “Can you please do that again?” They’ll be delighted to oblige. Image by Jonathan Borba.

It helps to make up a “shot list” before you even get the event.  This will help you get the key photos you need to record the event. Once these shots are in the bag, shoot the same types of pictures from different angles, with different lenses, and at different exposure combinations.

Here’s an example of a “must get” shot list I used for a catered Sweet Sixteen disco party: 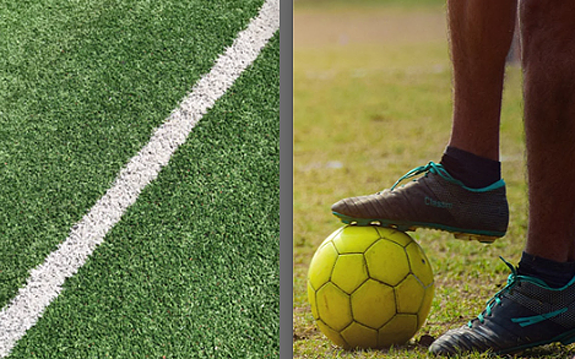 An abstract image and a sideline shot…You just have to keep your eyes open. All events have a treasure trove of these. Image at left by byJosiah Day. Image on the right by Maninderjeet Singh Sidhu.

Never randomly shoot  lots of images hoping to get a few good ones, because that’s all you’ll get— just a few. Professional event photographers always cover themselves by shooting certain images they must have and they then shoot them over and over, striving for a better rendition each time. It’s much like writers doing multiple drafts of manuscripts to achieve perfection– only photographers “write” their work in real time.

Remember, an event is the sum of its parts, so shoot lots of details. Approach it as doing a visual story of what happened. This means getting some shots to set the overall scene of the event, and then moving in for the key elements of the event, and finally shooting  close-ups of people reacting to what’s going on.

Divide your coverage into  categories, none of which have to be shot in any particular order. By that, I mean you can shoot a good portion of reaction shots  as one phase of your shooting and you know then that you have that in the bag. Next, concentrate on close-ups of the action and then whatever other categories you have on your shot list. 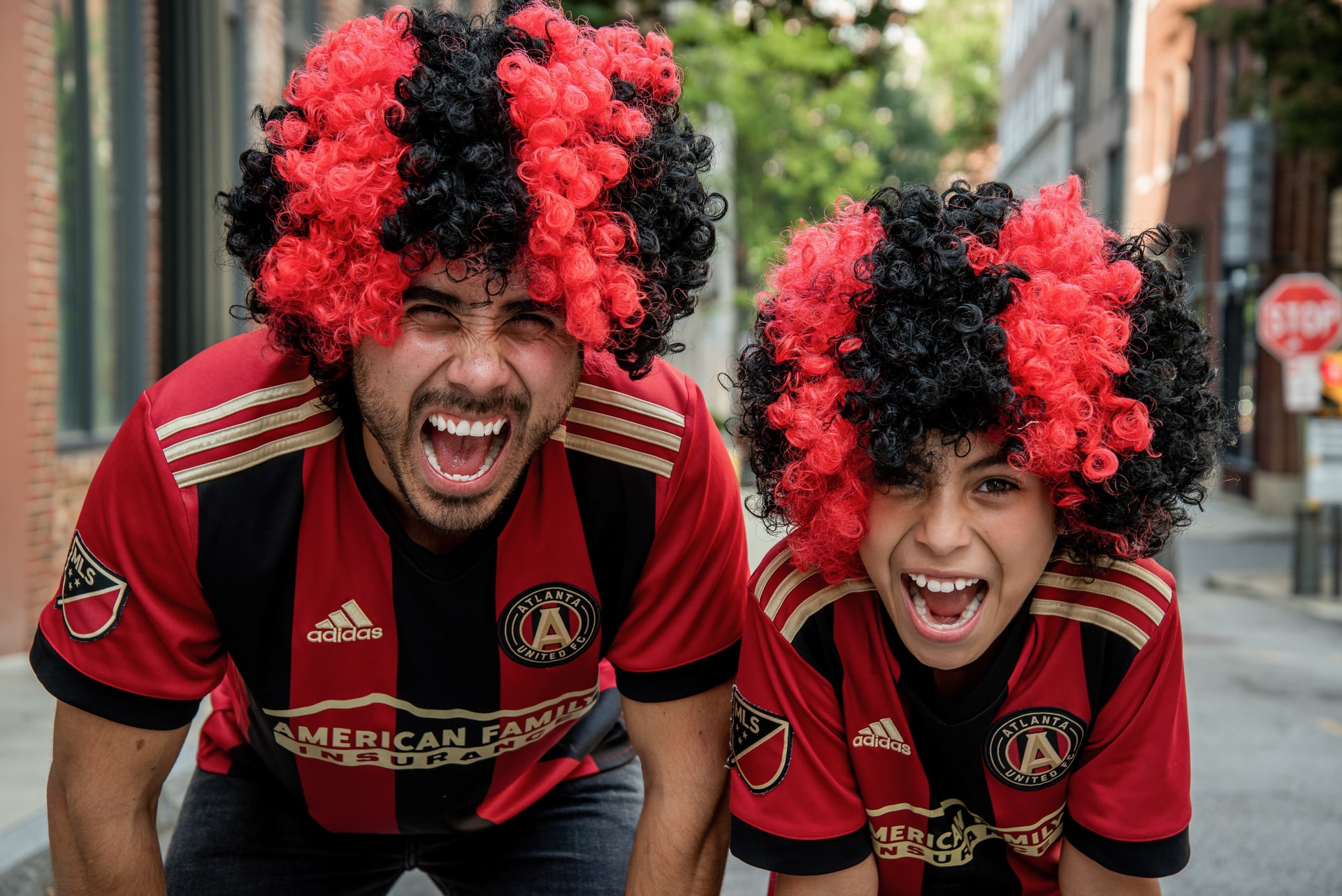 Don’t forget to get shots of event participants. Image by Ronnie Sison

If you get good at event photography, you may find yourself in an exciting –and profitable– second career. And, if that’s your goal, print out multiple images of your best shots on high quality Red River Paper and gift some of them them to those who were at the event. Put your name and phone number on the back side of each, and pretty soon you’ll find people asking you to cover their event— and paying you for it!

TAKE CHARGE!  THE STORY BEHIND AN ICONIC IMAGE 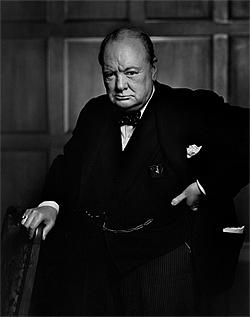 London, 1941.   Famous portrait photographer Yousuf Karsh, was given a few minutes  to shoot just one photograph of Winston Churchill.  Karsh recalled that “Churchill’s cigar was ever present. I held out an ashtray, but he would not dispose of it. I went back to my camera and made sure that everything was all right technically.

““I waited; he continued to chomp vigorously at his cigar. I waited. Then I stepped toward him and, without premeditation, but ever so respectfully, I said, ‘Forgive me, sir,’ and plucked the cigar out of his mouth. By the time I got back to my camera, he looked so belligerent he could have devoured me. It was at that instant that I took the photograph.”

And it has become a classic.

If you follow Albert’s advice about shooting low angle shots,  remember to dress for the occasion. Unless formal attire is required, chose clothes that can take a beating.

One of the most valuable pieces of photography equipment is a pair of Styrofoam knee-pads (no kidding!) You can find them at supermarkets and home improvement stores (their primary use is for working on your knees).  Inexpensive and lightweight, they snap  on and off quickly. Much better than squatting for low angle shots which puts a lot of strain on your body and can also produce  unsteady images.

You may also want to  add to your event equipment a  3-step folding ladder for high angle shots.