Home » About Photographers » Isaac Wright: Stunning Cityscapes From On High 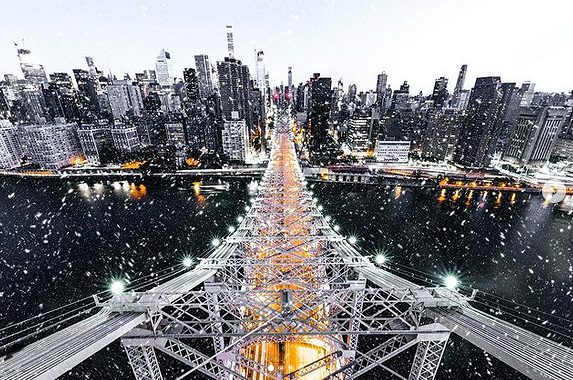 Early 2017 was the start of a tough time for U. S. Army Sgt. Isaac Wright, a paratrooper stationed at Ft. Bragg, NC. An pending divorce and a serious reassessment of his life’s goals prompted him to buy a Nikon D3400 and begin to shoot photographs to get his mind off his problems

Wright had enlisted in the Army in 2014 when he was 18, right out of high school and, though things had been going well for two and half years (he’d been promoted to Sergeant), he recalls that “my independent attitude sometimes clashed with the military.” In 2018, was assigned to Fort. Polk, LA as a chaplain’s assistant

“When I was younger I didn’t think I could be able to influence people, but I found out that wasn’t true. When you’re a good chaplain’s assistant and you get really embedded in a unit, you can help soldiers, leaders and an entire unit in a way that you really wouldn’t imagine.” 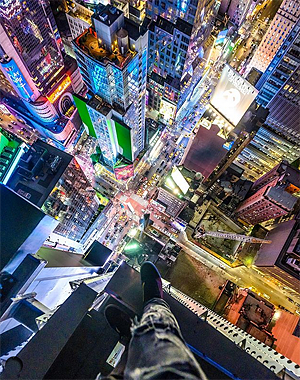 But the stress of dealing with other soldiers’ problems (some of them serious) along with his own, required an outlet and Wright began using his camera when he was off-duty to relieve the pressure. “I was never into anything artistic as a kid, but photography helped me work through the stresses of life and the military and gave me the an outlet to express myself during a time when I really didn’t have any other outlet.”

Attached to a busy unit he found himself becoming “upset, angry, irritated or sad,” if he was not able to do as much photography as he wanted to. “It had a very different significance [for me] than I think it did for other people. It kept me going and I really couldn’t see myself doing anything else.”

He began to wish he could combine photography with his current assignment in the Army. “The creative side of me wanted to focus on thinking outside of the box and finding new ways to approach something.” But that was not to be. Despite the urging of his buddies to make the Army his career, he decided to opt out. “As well as I could work in the Army, I could put 10 times better work into photography and videography. I also believed that I could help people in other ways – my art being one of them.” 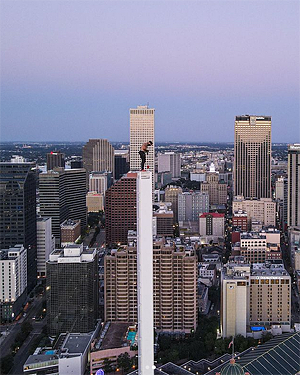 In March 2020, he was medically retired (due to an ankle injury during a training jump) with an honorable discharge and was diagnosed by Army doctors with PTSD and depression.

But achieving his dream would soon turn into a nightmare. He had begun to cope with his PTSD and depression through urban exploring (alone and with others),  documenting cities from tops of buildings, bridges, and other structures with his camera. At the end of 2020 he was arrested for accessing the sites from which he shot his images and spent four months of incarceration without bond and with the threat of further action against him because he was considered “dangerous,” although he never assaulted or injured anyone in the process.

A former paratrooper became an “urban explorer,” scaling the tops of bridges and buildings to help ease his PTSD. He now faces criminal charges in several states.

The Cincinnati Enquirer, covered the resolution of a local case on November 5, 2021

Treatment and no jail time for Isaac Wright, photographer and veteran, who shot photos from top of ball park

(See RESOURCES below for links to both stories.)

The two stories above (and others on Google) will give you the details of some of the enormous legal hassles Wright had to deal with in his quest to get well by shooting mages from high places. 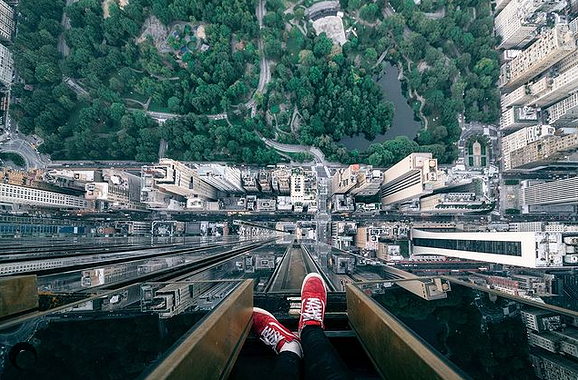 This Red River Paper Blog post showcases the artistry of Wright’s work and the eloquence of his words. On a recent Veterans Day, for example Wright posted the following piece at DrifterShoots (See RESOURCES below for link.)

She handed me a folded flag, looked me in the eye and said “Good luck out there Staff Sergeant.” I counted the steps from the desk to the door, stepping outside and shedding the uniform off my back. Tears began to pour endlessly down my face as it all played back.

Six years. Six years of falling apart and coming together, of stumbling into adulthood, of learning what it meant to face death and walk away afterwards. Six years of early mornings and late nights, of funerals and faces that live on in your mind after hearts stop beating. How do you prepare a child to take a life? Or to talk the gun out of a buddy’s hand from weight no one should know at twenty one?

Or to hold the mother of their friend still glued to her seat an hour after the funeral has finished? I can live in love because I saw the worst of life at such a young age. I can live fearlessly because death is not a stranger. I can chase my dreams because of countless days sitting in some God-forsaken place watching the sun sink into the earth with a M-4 by my side thinking about all the things I’m finally doing now.

Picking up a camera was lifesaving for me, it showed me all the beautiful things in life after my life was falling apart. After losing a friend to deployment, two others to suicide and my partner of four years all in the span of six months. I’m forever thankful for this new life and for the privilege of serving. Happy Veterans Day. Live free.” 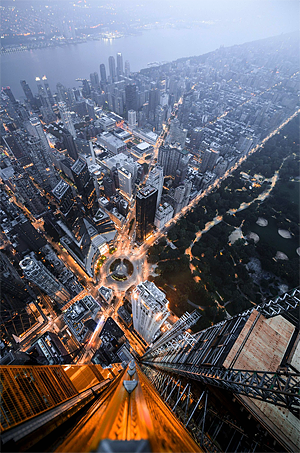 Cameron Knight of the Cincinnati Enquirer who has followed Isaac Wright’s brush with the law since it began brought me up to date a few days ago. He said Wright recently told him he was doing very well selling his work as NFTs. Cameron added: “I also saw a recent Instagram post from him saying he sold a piece at Sotheby’s for over a quarter million dollars making him the youngest African American photographer to sell work at the auction house.”

Despite all that’s happened to him, Wright remains positive about his future and the potential impact of his work on others. “Photography helped me at a time in my life where I did not think I could go on in a lot ways – physically, mentally and emotionally. It allowed me to conquer and rise above the bad things in my life.

“I want to inspire other people to do the same. I hope that through my photography and videos I am able to stir emotions that cause people to want to look objectively at the world around them and become the best version of themselves that they can possibly be.”